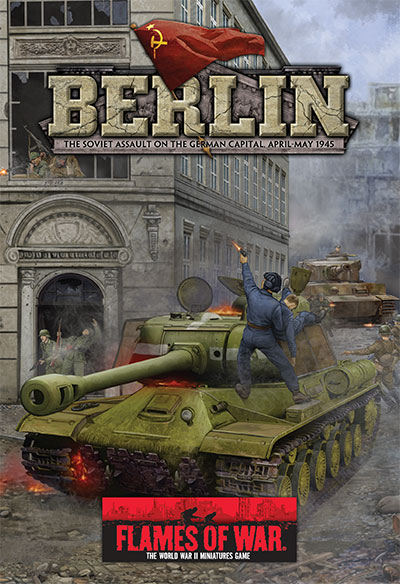 Battlefront shows off their new plastic Russians for Flames of War.  Come check out the USSR’s BIG guns!

To coincide with the release of Berlin, Battlefront wanted to make it easier than ever before to build a Soviet army, so they have designed a number of new plastic kits to give Flames Of War players versatile and inexpensive options for adding to their Soviet force or starting a brand new one.

The Plastic Strelkovy Company is already in stores, and here is a preview of the rest of the plastic sets that will be appearing over the next several weeks. In 1945 the Soviets began to fit mesh spaced armour to the side of their tanks and assault guns to give added protection against weapons such as the Panzerfaust. This quickly became known as bed spring armour, due to it looking like the sprung metal base of a bed.

The new plastic sprue will be available in a blister of three, giving you enough improvised armour pieces for 30 tanks. It’s not necessarily just new armies that will benefit from improved protection – you can easily retro-fit old tanks as well.