Unlocking The WD Teaser – What’s Next From GW?

Is more Age of Sigmar on the way from GW, or we start to swing back to Warhammer 40k next week? Come see what we’ve uncovered from the new White Dwarf.

One of the most mysterious teaser White Dwarf has put on in a while:

The Hallowed Knights, Golden Daemon and a Prime Example…

Hallowed Knights look to be none other than one of Sigmar’s Legions, currently fighting the forces of Nurgle in the Realm of life.

Checkout Pg 164 of the Quest for Ghal Maraz Book, and you will see that the Hallowed Knights are the silvery looking legion of Stromcasts! 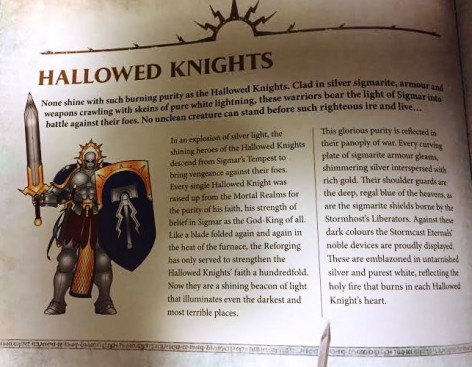 The Golden Demon Part seems to be self-explanatory, as Warhammer World is holding a bunch of “mini” Gold Demon competitions throughout the year. Most recently they had one for tanks, which was won by two time winner Richard Gray! 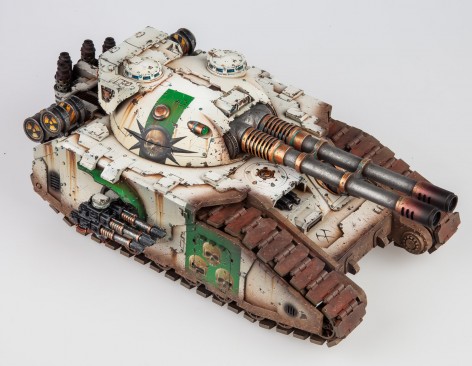 Now anyone want to take a crack at the last part of the teaser?

A gamer over at Faeit’s says this:

“With Angelic Wings he wields Ghal Maraz and floats above the large round base on a spiral of astral air. His wings are in a starburst pattern. Very nice and highly detailed model. from the other pictures it seems that his height matches that of the new bloodthirster.

The Celestant-Prime isn’t Sigmar, He’s the first Stormcast Eternal created and he’s a special character (rules say you can only include 1)”

Hmm, so kind of a Stormcast Eternal Primarch?  That’s what is sounds like to me.  It’s major Daemon sized and is the first of his kind.  The real question is whether the Prime is Primarch II, or Primarch XI?  🙂

Author: Robert B
Robert is a veteran tabletop and miniatures gamer, and writer with over 20 years of experience. His specialtiesies are the worlds of Game's Workshop's Warhammer. He began writing for BoLS In 2010.
Advertisement
Age of Sigmar Miniatures Tabletop News
Advertisement