I had this puzzling scenario come up recently about just how :”unstoppable” the Land Raider Spearhead is. 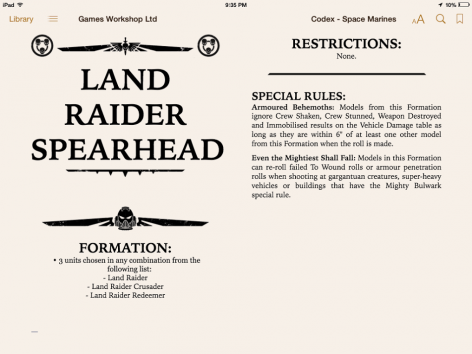 What happens if you hit the formation with a GRAV weapon, and the Land Raider tank is within 6″ of another one from this formation? Does the shot inflict a hull point, immobilize the tank (for later hull point multipliers) or is the shot invalidated by this formation’s special rule?

Well let’s take a look at the how Grav works: 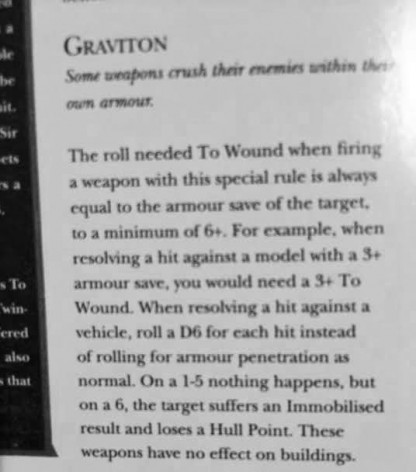 The key phrase here is “loses a hull point”, because without that it seems like the formation’s special rule to ignore such results would render Grav weapons impotent against the heavy treads of the Astartes.

Take a look at how the main rule book clarifies damage effects, versus hull points: 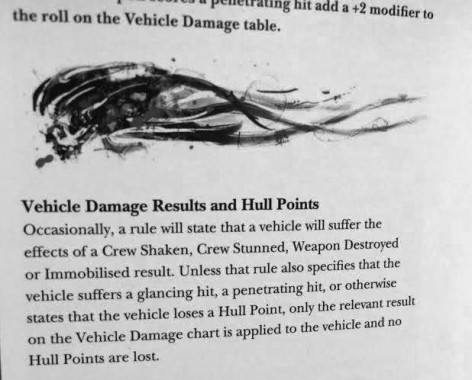 So in this scenario would the Land Raider spearhead ignore the effects of the Immobilization result, but still lose a hull point, OR ignore both being Immobilized and losing a hull point because there is no roll on the Vehicle Damage chart?

Even ignoring the just the immobilization result is HUGE in my opinion because the last thing a Land Raider wants is to be stuck in one spot, and the fact that it has FOUR hull points can keep it in the game a bit longer than most tanks as well!

~ So what say ye?  Is the Land Raider Spearhead the next best thing to sliced bread OR is trying to deflect the full effects of Grav weapons a bridge too far? 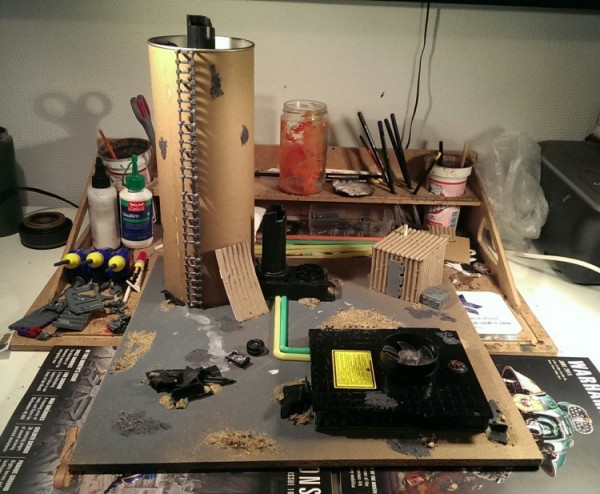