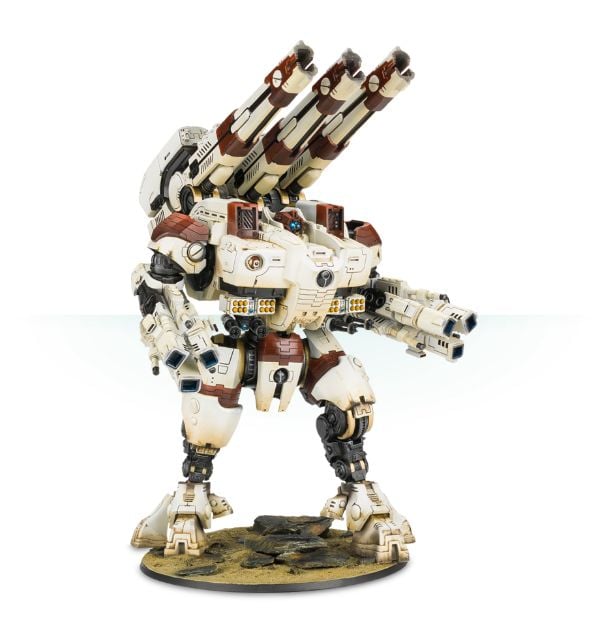 Tau finally get the stomp they’ve been looking for. Forge World brought it’s “A” game to the rules arena, come see!

In a precursor to what may be to come in the new codex, Forge World has just given the Tau their first Garganutan creature in the Lord of War slot that is packing some serious heat.

Resistance to D Weapons and clear wording that this unit is part of Codex Tau, will have Tau hobbyists racing to to acquire this new model on release!

The barrier shield provides a 5+ Invulnerable save, increasing to a 4+ save against Shooting attacks. When a model with a barrier shield is struck by a Destroyer attack and a ‘Deathblow’ result occurs, the amount of wounds inflicted is halved but the shield stops working until the start of the controlling player’s next turn.

The vigilance defence system comprises two smart missile systems and two twin-linked burst cannon which may be fired normally. In addition, these weapons can be used to make Overwatch attacks at BS2 contrary to the usual rules for Gargantuan Creatures.

The Tau KX139 Ta’unar Supremacy Armour is a Lords of War choice for a Codex: Tau Empire army.

It has TEN Wounds, and a “D” Weapon Massive Blast Weapon Profile for one of its guns.

Get all the full details on it’s terrifying weapons below:

And the lowdown on the suit’s background:

Tau Supremacy armour is larger than any other current class of battlesuit. It is intended to meet a threat that the Tau Empire has not yet prepared for; the defence of worlds within their growing domain from the counter-expansion forces of other races. Lacking the manoeuvrability of other battlesuits, the KX139 Ta’unar Supremacy Armour was designed for static defence, carrying massively destructive, long range weapons.

Armed with a pair of Tri-axis Ion Cannon and a Pulse Ordnance Multi-driver, this KX139 Ta’unar Supremacy Armour Battlesuit is ready to engage enemies at range and dominate the battlefield.

Yeah this thing is no joke when it comes to output, plus it’s got overwatch tech to boot as well. About the only thing it’s missing is a way to boost away from danger, but being a Gargantuan creature with 10 wounds it may not need to?

What do you think about Tau’s new big man? 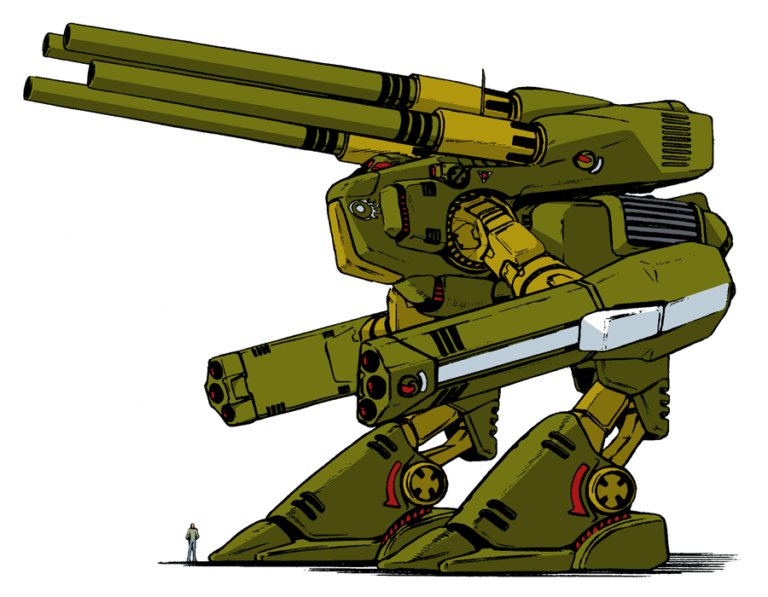 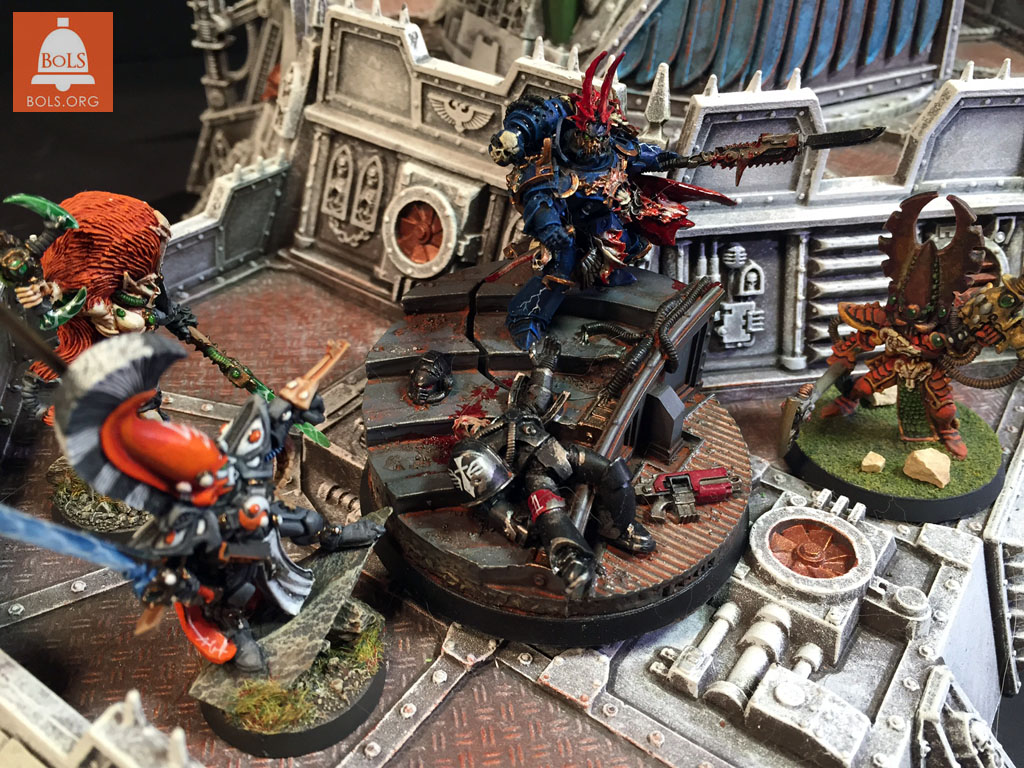