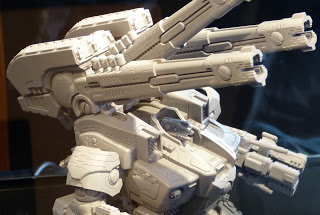 It looks like some lucky gamer got a Tau KX-139 over the weekend.  Come look at pics of this Tau MONSTER! 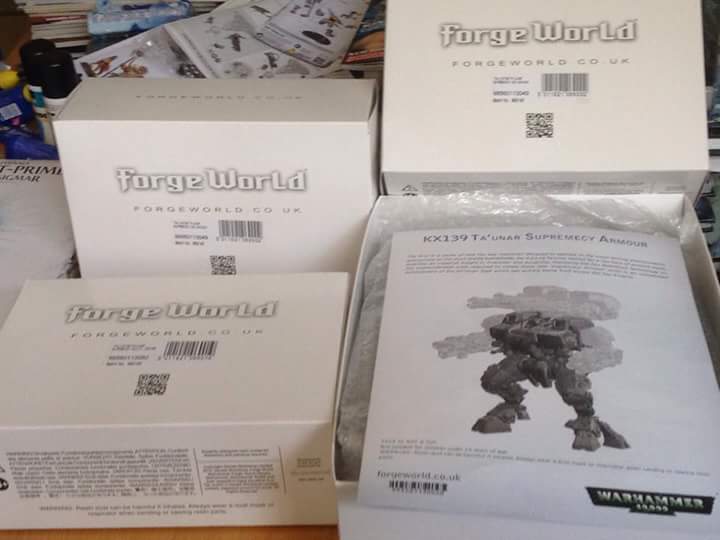 The boxes for the big suit: 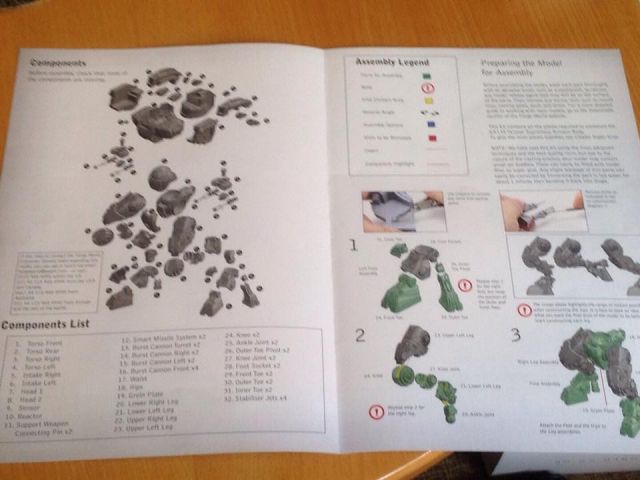 That is a lot of pieces! 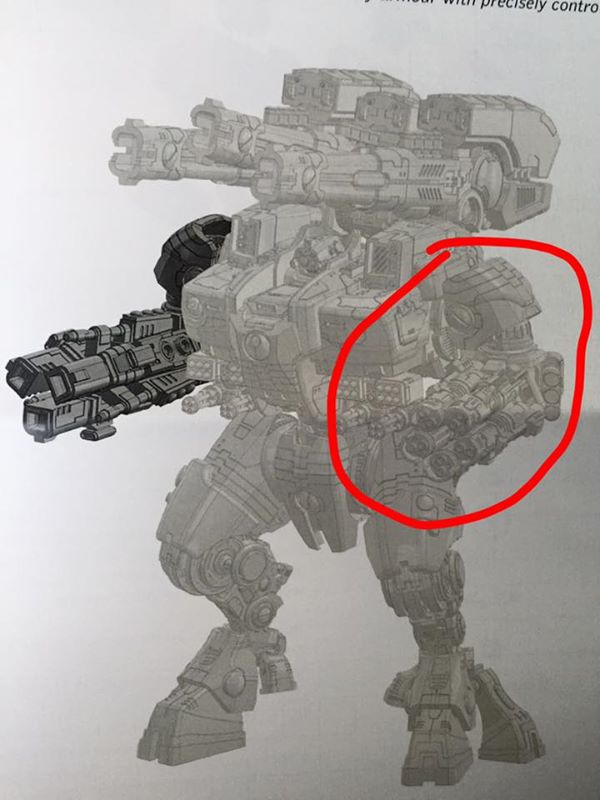 It looks like more weapon options are coming! that looks like a “quinto cannon” of some type to me. Infantry beware! 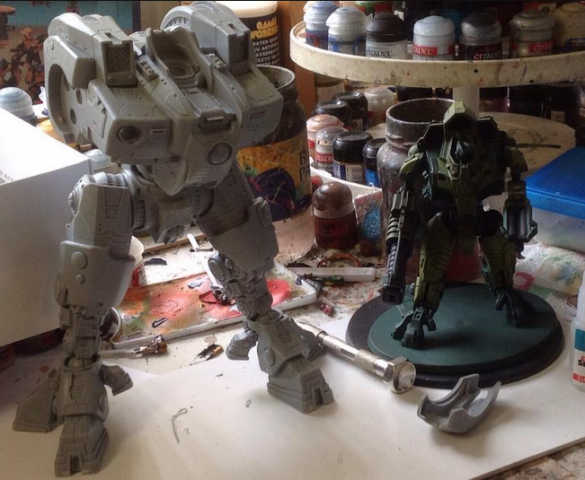 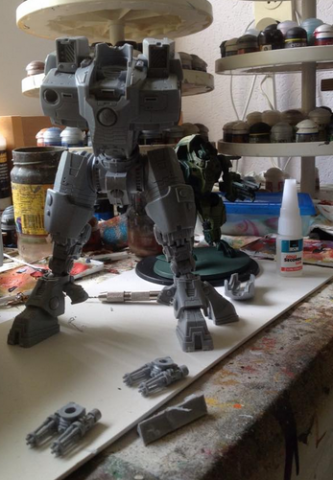 Yup, that’s going to be a tall one!

Here are the original pictures of the kit from a month back: 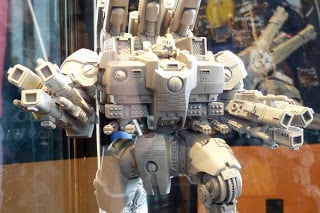 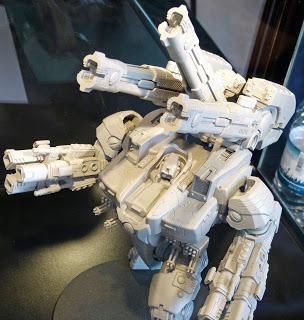 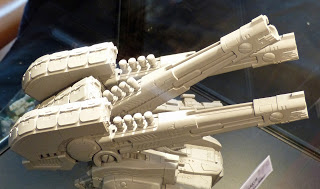 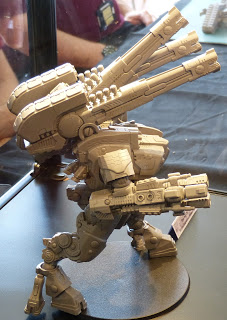 It’s still hard to tell exact scale, but certianly bigger than a knight.  To me it looks to weigh in somewhere in between a Knight and a Warhound.