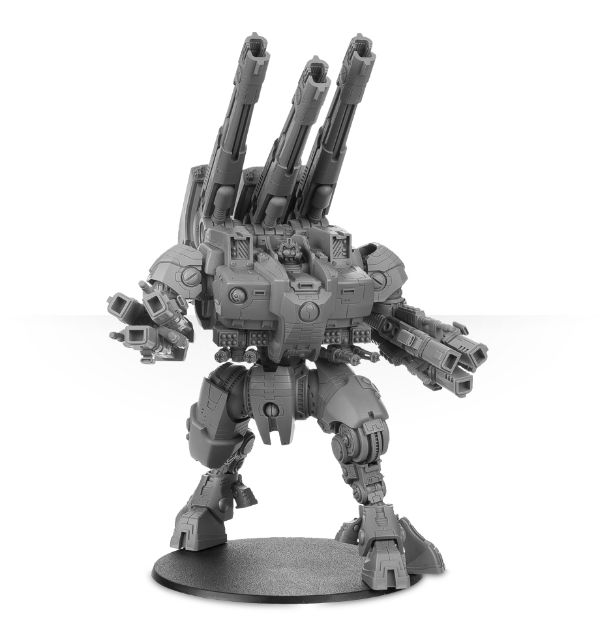 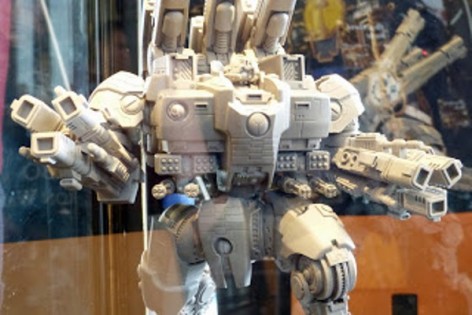 While the new Tau Titan has some great new rules there were a still a few that didn’t seem to make sense. One player decided to email Forge World directly to find out – and they responded! Now, while we don’t have the full email exchange between the player and Forge World, a lot of these rules still seem to make sense with regards to how the new KX 139’s rules were printed.

Remember to take these remarks with a grain or two of salt until we see an update on the rules themselves on Forge World or the Tau Titan printed in a Forge World book.

Please note: Red text has been added for clarification.

Via sinistersamurai on Advanced Tau Tactical 9-26-2015

Hello. The Supremacy armor indicates that it is a gargantuan creature, and further describes several rules that a GC gets in a parenthetical.
However, not listed is the Feel No Pain (5+) nor the Stomp rule that the 7th edition rulebook includes for Gargantuan Creatures. Is this oversight or intended? Does the KX139 have Smash and FnP?Most overwatch-capable Tau units have Supporting Fire, as an army rule. This has not been listed for the suit. Oversight or intended?All of the Codex Tau suits, (Crisis, Riptide, Stealth, Broadside) get a Blacksun Filter and a Multi-Tracker standard. The KX139 does not even have these standard support systems as options. Oversight or intended?The PDF needs an update to address the Gargantuan Creatures rules, especially if the suit isn’t supposed to have Feel No Pain. Can we expect an updated PDF before the end of the year, or will the rules remain until the release of the new Tau Imperial Armour? When might we expect the new Tau Imperial Armour?
Hi,
Thank you for your email. The answers to your questions are as follows -1. It should also list that it has Feel no Pain and Stomp as well, as per Gargantuan creatures.2. It is intended (Supporting Fire question)3. It is intended (Blacksun Filter and a Multi-Tracker question)

4. The rules for this will be updated as per the omitted details as soon as we can carry this out. As per any possible future imperial Armour books containing Tau, we do not have any information with regards to this at this time.

Overall I think most hobbyists that plan on picking up the new suit of armor will be pleased with the rules. I think its good to see at least one of Games Workshop’s divisions working hard to answer player’s rules queries.
Would you like more 40k FAQ’s – if so, what rules questions would you LOVE answers for? Let us know in the comments below!
Advertisement

Author: Robert B
Robert is a veteran tabletop and miniatures gamer, and writer with over 20 years of experience. His specialtiesies are the worlds of Game's Workshop's Warhammer. He began writing for BoLS In 2010.
Advertisement
Forge World Games Workshop T'au Empire Warhammer 40k
Advertisement 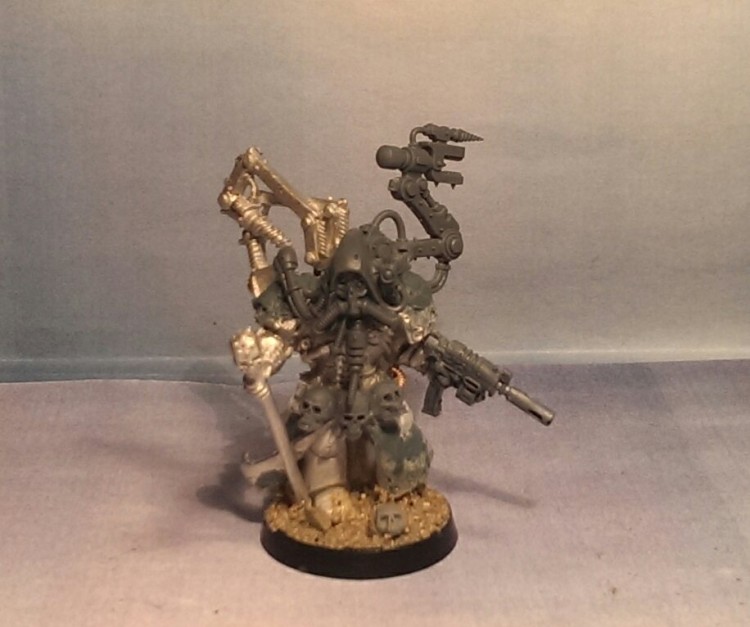