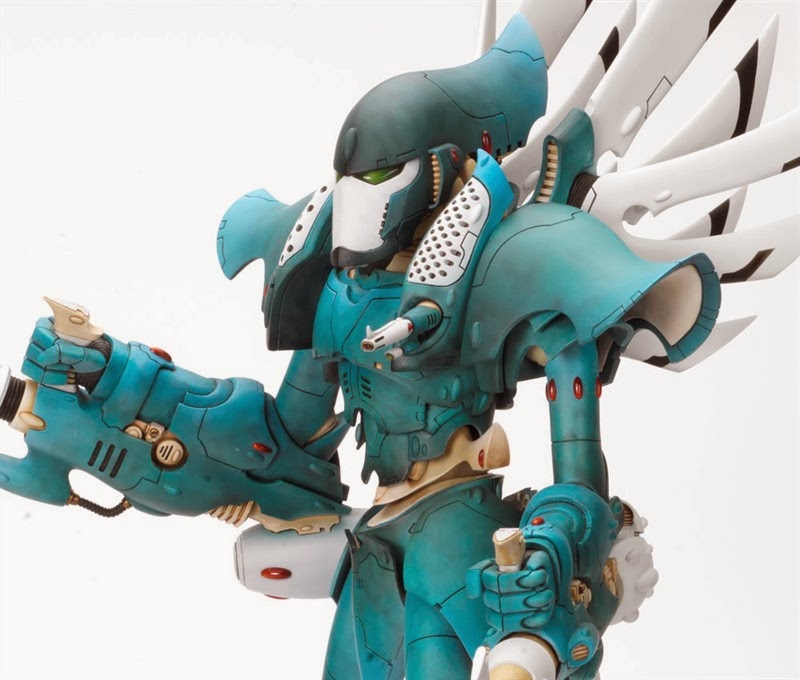 Come see the new Eldar vehicle rules from what may be the upcoming Doom of Mymeara book from Forge World. Bring some wine for this cheese though.

We know this book was out over the weekend, so someone either got the book, got a really good look at it over the weekend, OR is trolling the crap out of all of us. Either way add usual level of salt until we get this thing in our hands! 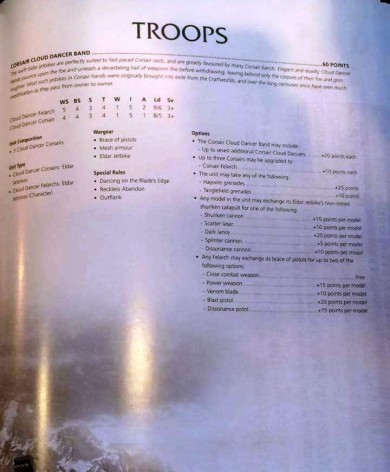 – The Phoenix Bomber looks unchanged other than dropping 20 points.

As well as the Wraithknight (there’s a new one) and the new Revenant.

Unfortunately Prism blasters (focused and dispersed), as well as Ghostlight are the same as they are on the FAQ downloadable from FW’s website, which is to say, lacking. I don’t have info on the Spear of Twlight, Irillyth, or Spectres themselves though, sorry. I have the corsair stuff mostly.

Is Firestorm in the book?
Yes. Its gun got rending and ignores cover vs skimmers and flyers.

– Kinetic Fields grants a 5++ save to vehicles, increasing to 4++ re-rollable if the vehicle deep strikes or moves flat out. Wasps get it when jumping. Doesnt work in melee but this is damn good.

The Phantoms guns got a boost

12/12/11, 5 HP
Heavy Support NOT a superheavy
Costs 5 more than a Land Raider
Flyer with skimmer mode
Can Deep Strike
Can’t jink when flying (it’s too clumsy), only snap firing when flying
Comes with a shuriken cannon, can turn it into a BL/SL/SC for +5 pts

The Lynx Pulsar has an Ordinance 3, S: D, AP2, Twin-linked 48″ firing mode now, as well as the Large blast D which also gets ordinance

Gets a heavy 4 S8 AP3 skyfire, interceptor, sunder “Cloudstrike” missile system. And it’s only hit on 6’s in close combat now (GMCs and superheavy walkers hit it on a 5+). Titan holofields are unchanged. Weapons are unchanged.

– The Nightwing is only 25 points more than a naked Farseer. It has stealth and Agile.

– you can arm a Wasp with both a dark lance and a bright lance.

– Wasps get D6+1 hammers of wrath when they assault using their jump jets. They gained open-topped… But get 4++ rerollable vs shooting whenever they jumped or deep struck on the previous turn.

A lot of folks seem to hate shooting D weapons these days, so if these rumors are true and the Pulsar is changing THAT much it may not be too popular with quite a few people. Also only being able to hit the Revenant on 6’s in hand to hand really cranks up the power level notch on that thing a whole lot.

I can’t imagine the Phantom that’s like 3 times as big as the Revenent not getting the same rules as far as that goes.  The titan holofield rules staying the same won’t hurt sales either for these big boys.

It almost seems like there IS a direct coloration between good rules equaling sales at this point? Heck just ask the Tau about how their Tidewall’s sales are going…