Come see the all the new Eldar models from yesterday’s 40k Open presentation, up close and personal. 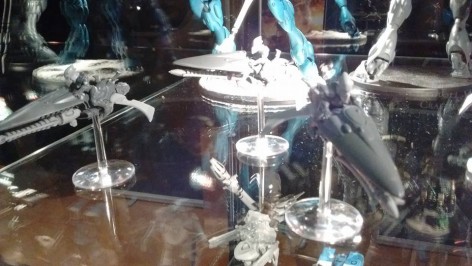 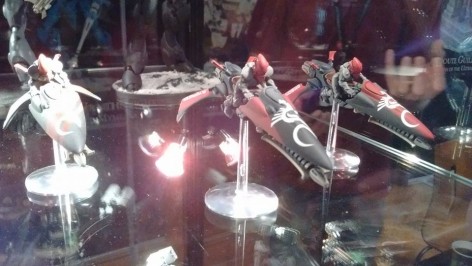 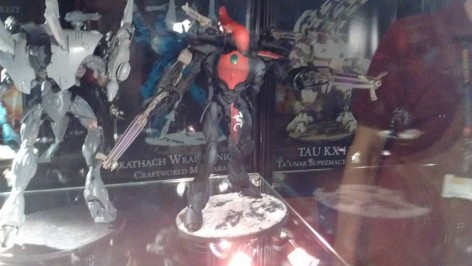 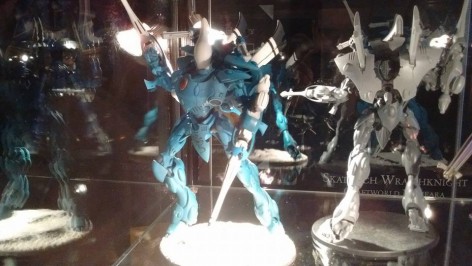 From these pictures you can mostly see the Forge World upgrade parts on the Wraithknights and the jetbikes. Looks like the Doom of Mynerma will be bringing some new units in additional to current rules updates when it drops.

Question is, what other rules will be in there this go around? Because the last book wasn’t just all Eldar!

The book focuses on Eldar war hosts launching an attack on the ice world Betalis III and their imperial adversaries, consisting of several Imperial Guard regiments under Myndoras Odon, Bran Redmaw‘s company of Space Wolves and Titans from the Legio Gryphonicus.

The supplement to the “has no friend’s” starter set?

Author: Robert B
Robert is a veteran tabletop and miniatures gamer, and writer with over 20 years of experience. His specialtiesies are the worlds of Game's Workshop's Warhammer. He began writing for BoLS In 2010.
Advertisement
Eldar Forge World Miniatures Warhammer 40k
Advertisement