Come get a look at the awesome upcoming HH rulebook from a lucky gamer in England.  Get in here!

“The game play book is fairly long but still only maybe 40-50 pages and is done in a very nice forge world style that gives it that more grown up feeling of the current hh stuff.
Haven’t taken too many pics as don’t want to get the guys up here in trouble for letting me see it so no rules I’m afraid
So there you have it. One of the nicest boxes in a while and some good looking stuff.” 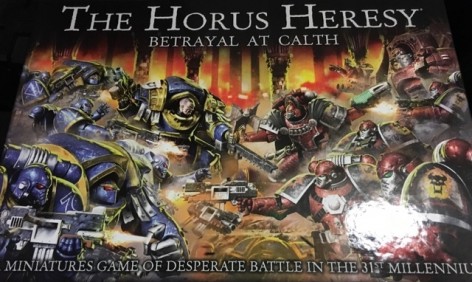 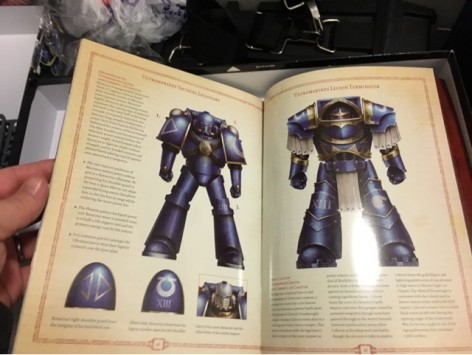 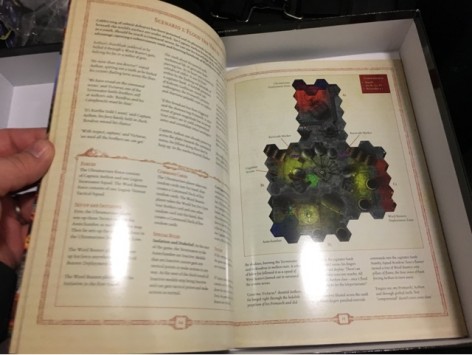 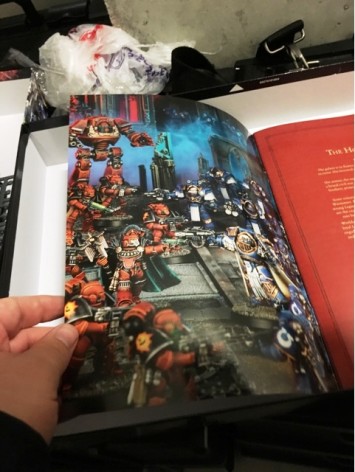 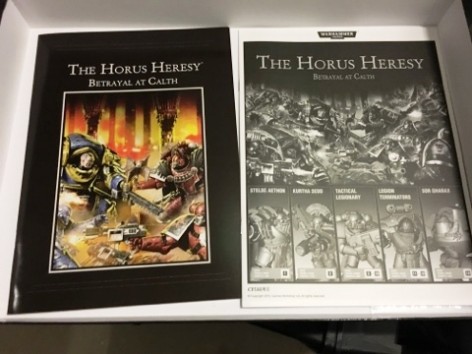 So it looks like the earlier rumors were sorta true about a black rulebook similar to the existing Horus Heresy line from Forge World. From these pictures it looks more like fluff and rules for this boxed game than anything else.

Either way this box set still is look very exciting and full of value as well.

Again, I want to stress how much a deal this game will be.  Head over to the Forgeworld website and see what all that plastic is worth if you magically transformed it to resin:

Coming out to a grand total of:

Making this the best deal we’ve ever seen from GW if that $150 price pans out.

This product with it’s art layout and presentation is starting to feel less like a boardgame and more like a gentle introduction into the Forge World Horus Heresy line of products.