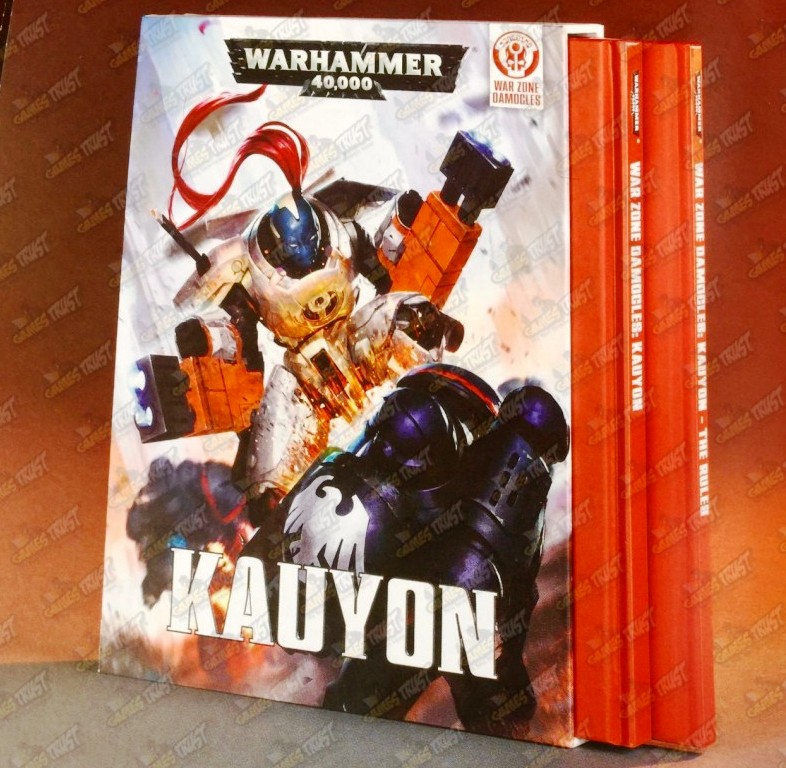 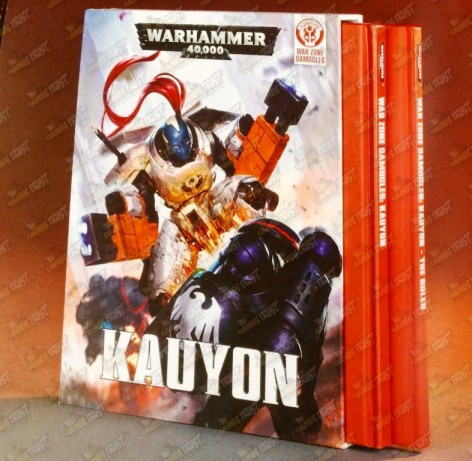 Someone has the new Kauyon campaign book early, and is spilling the delicious xenos beans. Come see all the new rules ASAP!

Please tell us there are many minor changes in almost all units.

I have to say that there are not many:

– Riptides unit size is now: 1-3 (Same as Hammerhead, and Sky Rays) and get Fire Team rule (+1 to BS if unit size is 3 when shooting)
– Crisis bodyguards are now Elite
May be there is some other change, but I haven’t seen it yet.

3. Can normal Fire Warrior strike teams purchase the DS8 tactical support turrets, or are they breacher-only?

4. Is it true that a Commander in Coldstar armour has no access to Signature Systems?

5. What exactly does the Optimised Stealth Cadre formation do?

5. IMO this is one of the best formations in the book. Ghostkeels and any Stealth Battlesuit unit in the formation at 6″ of the Ghostkeel ignore cover, add +1 to BS and hit vehicles in the rear!!!!!

Codex is soft cover (Don’t know if this was known)

Markerlights (1 marker) can be used to increase the Destroyer Missiles from S8 to SD!!!!!

Have Fireblades become unit addons as opposed to HQ choices?

No, they are an HQ option

1. Is iridium armour no longer a signature system?

2. Are weapons like the cyclic ion blaster and frag launcher thingy still experimental?

3. What does the formation of 2 Stormsurge/3 Ghostkeel provide?

4. Are Stealth Suits still Elites, or have they finally been moved to FA or even Troops?

5. Have Kroot changed at all?

1. It is. Signature systems are pretty much the same.

2.They are not. They can be purchased normally (like a Fusion Blaster for example)

3. If target is at 12″ or less from the Ghostkeel, reroll to hit. It two units of the formation, shoot at the same target, target unit cannot run or move flat out next turn, and assault distance is halved (rounded down)

Do every unit get the fire team rule?

So Hammerheads and Skyrays in squadrons of 3 get BS 5 natively?

Now, a question: what does the Armoured Interdiction Cadre (3 hammerheads 1 skyray) formation do?

Armored Interdiction Cadre
– 3 Units of Hammerheads
– 1 Unit of Sky Rays
Rules: Choose a point in the battlefield. When shooting to a unit at 6″ or less from this point, reroll to hit.

Air Support cadre:
– 1 Sun Shark Bomber
– 1 Razorshark Strike Fighter
Rules: Ignore shaken and stunned with 2+.
Beginning of the turn, roll a D6 for each lost hull point. If you roll a 6, recover 1 HP.

Allied Advanced Cadre
– 4 units of Kroot
– 2 units of Vespids
Rules: Vespids get Infiltration and Stealth (Forests)
Kroot at 12″ from Vespid units, get Obscured (Forests) instead of Stealth (Forests), and get +1 BS
They all get supporting fire with other units of the formation.

Has the heavy rail rifle broadside been improved in any way? Thanks in advance.

So it looks like so far we’re just seeing the base Tau stats and rules from the 6th Edition book buffed by the Kauyon campaign book that’s en route (which should be no surprise to anyone at this point from the WD rumors earlier in the week).

Is this the first time in a long while Games Workshop is doing something players can get behind in a positive way?

May we live in interesting (hobby) times!