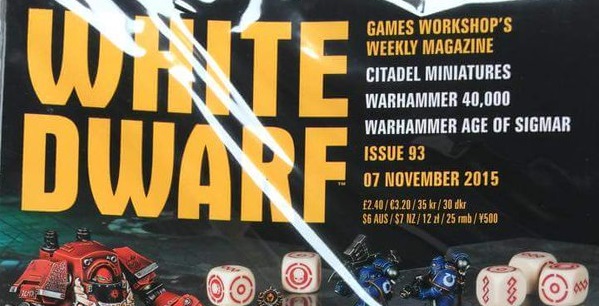 PIN a reminder to pick this one up – It’s White Dwarf #93 and it’s time for some Heresy! 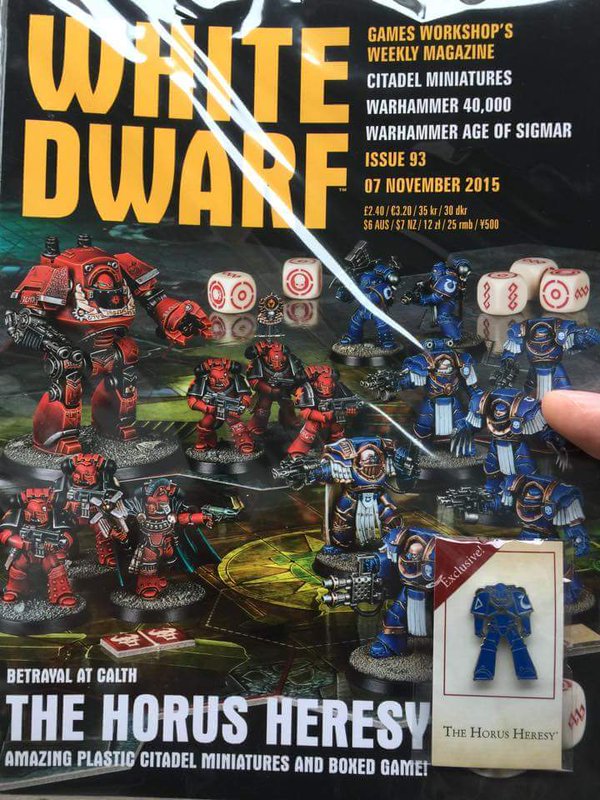 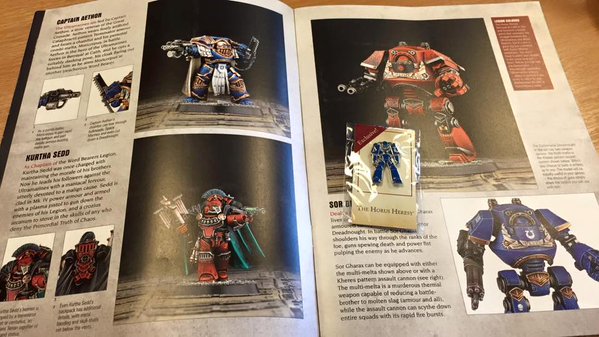 Games Workshop is showcasing the upcoming Betrayal at Calth and it looks like they are including an “Exclusive Pin” with the White Dwarf. It also looks like they have included some named character info. We know that Kurtha Sedd comes from the Audio Drama Censure. And Captain Aethon is from the 19th Company of Ultramarines. It’s pretty cool that GW is tying the box contents back to the novels and audio books. It’s almost like they planned it…

November is going to be a crazy month for Heresy Fans!