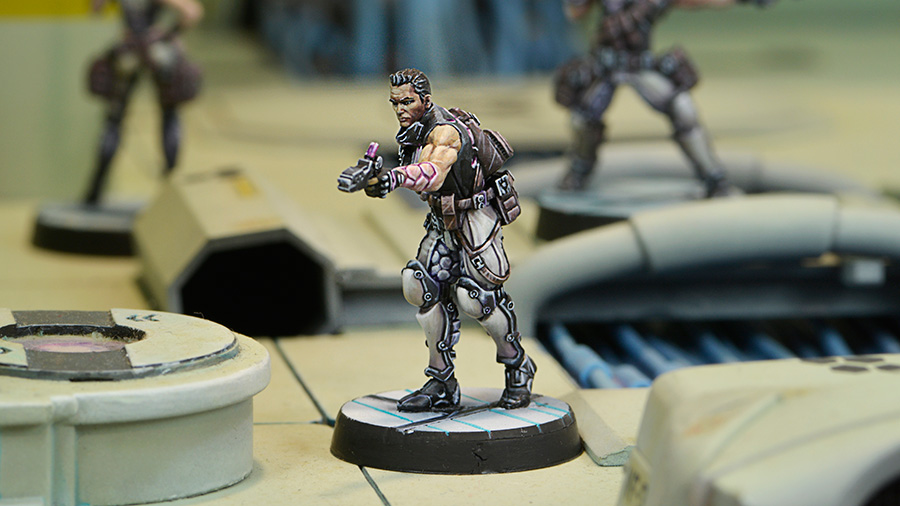 Corvus Belli showcases the November Infinity releases – Check these out! 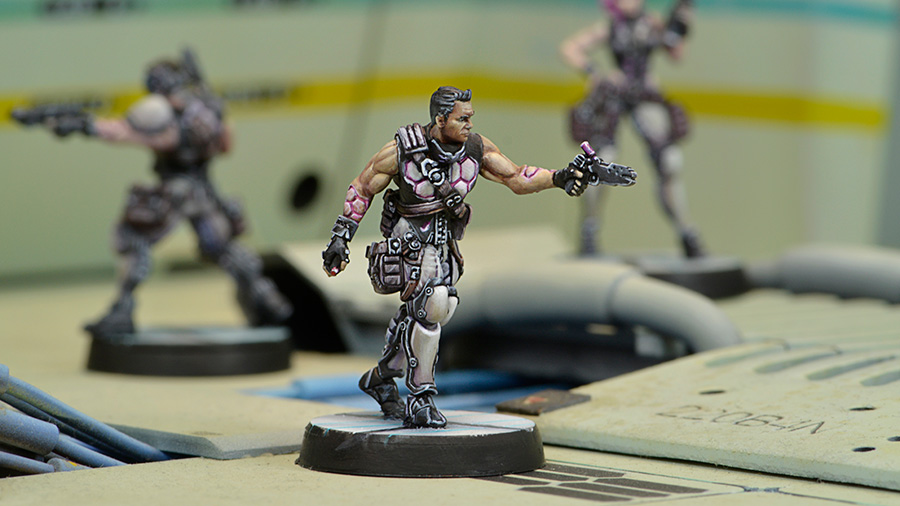 The Support Corps of the Assault Subsection of the SSS is composed entirely of specialists, both combat engineers and field medics. The Steel Phalanx was conceived as a purely offensive force, but the stagnation of the Paradiso conflict spread the always scarce Sophotects too thinly, forcing the SSS to create a new support unit capable of keeping up with the rest of its heroic troops.

In Greek Mythology, the supernatural beings called Dactyls (in Ancient Greek ‘Fingers’) were magical smiths and healers who discovered iron and metalworking. Their Phalanx counterparts are all master demolishers. Explosives are their forte and very few troops in the Sphere can boast their level of proficiency with D-Charges and plastic. 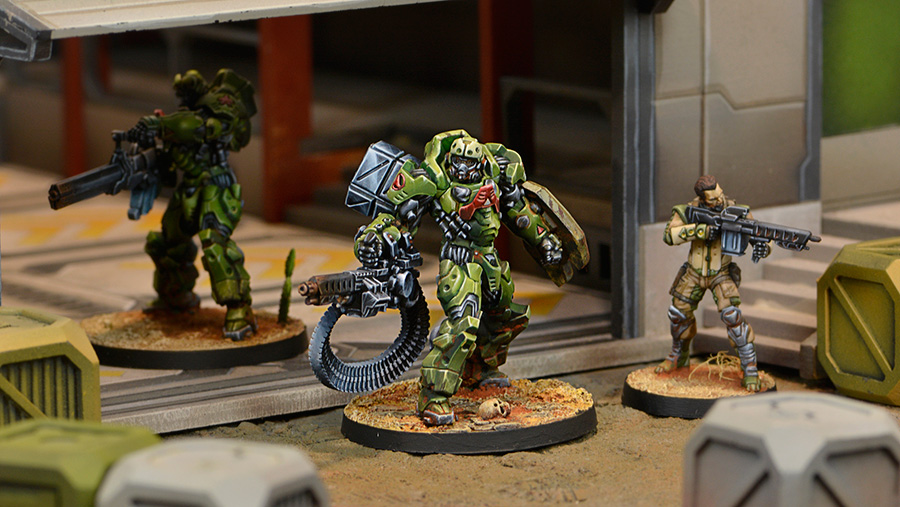 The Azra’il are veteran elite troops who have fallen into disgrace. The Jamdariyah, the Sultan’s personal guard, is renewed with each Sultan. Every time a new one is elected by the people, his head of security disbands the previous Jamdariyah.

Some of the members stay on with the new Sultan, but those who are politically suspect cannot keep their old rank. However, they can’t be sent back to their former regiments either, because, having been part of the Sultan’s guard, who knows what they may have seen or heard? This is why they are sent to the Azra’il Special Deterrent Group, where their talents can be used, but where they can also be closely monitored. 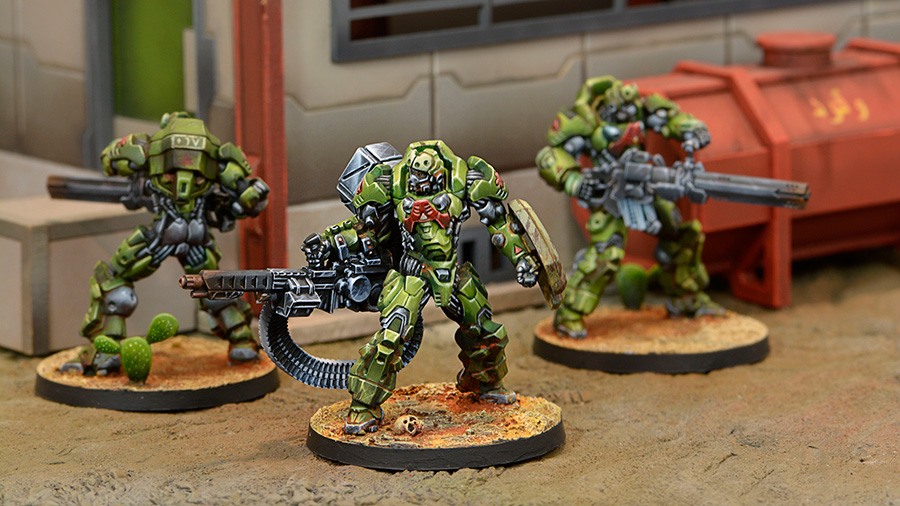 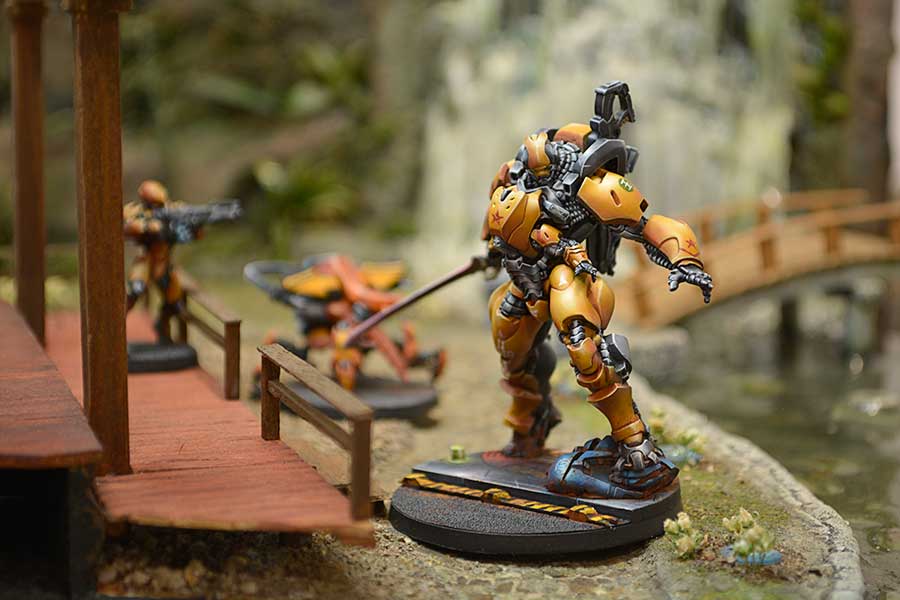 “The Sì Líng Squads are a prestigious unit, a source of pride for their military prowess in service of the nation. The Guijia machines of the State Cavalry are the best warfare tools devised by man to this day.

In days of yore, incorporation into an elite unit was a matter of lineage or rank, but not in the reality of Yu Jing where, thanks to Imperial socialism, only the best can join the best units, regardless of their birth. An aptitude testing programme carried out in middle schools selects young people with the potential to serve the State from the higher echelons of the military. 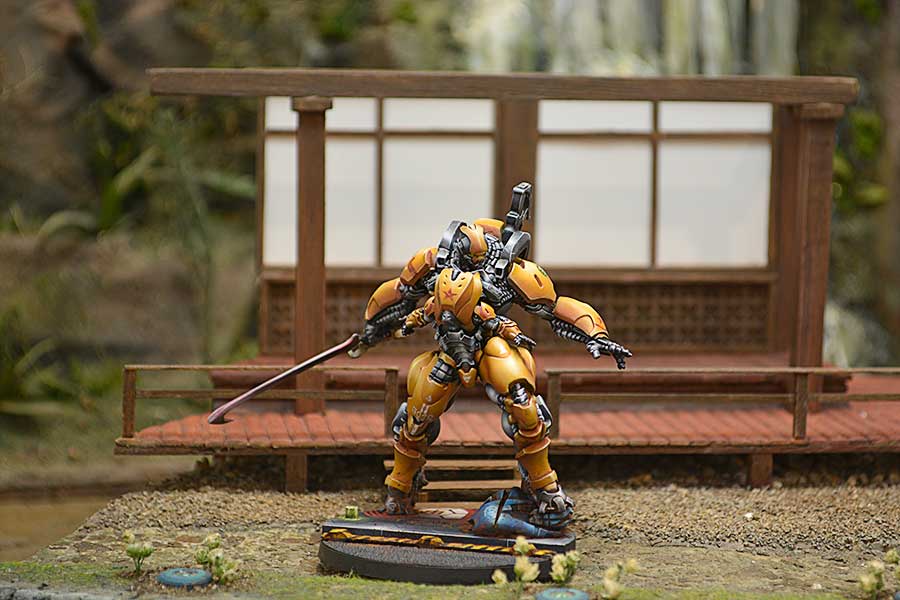 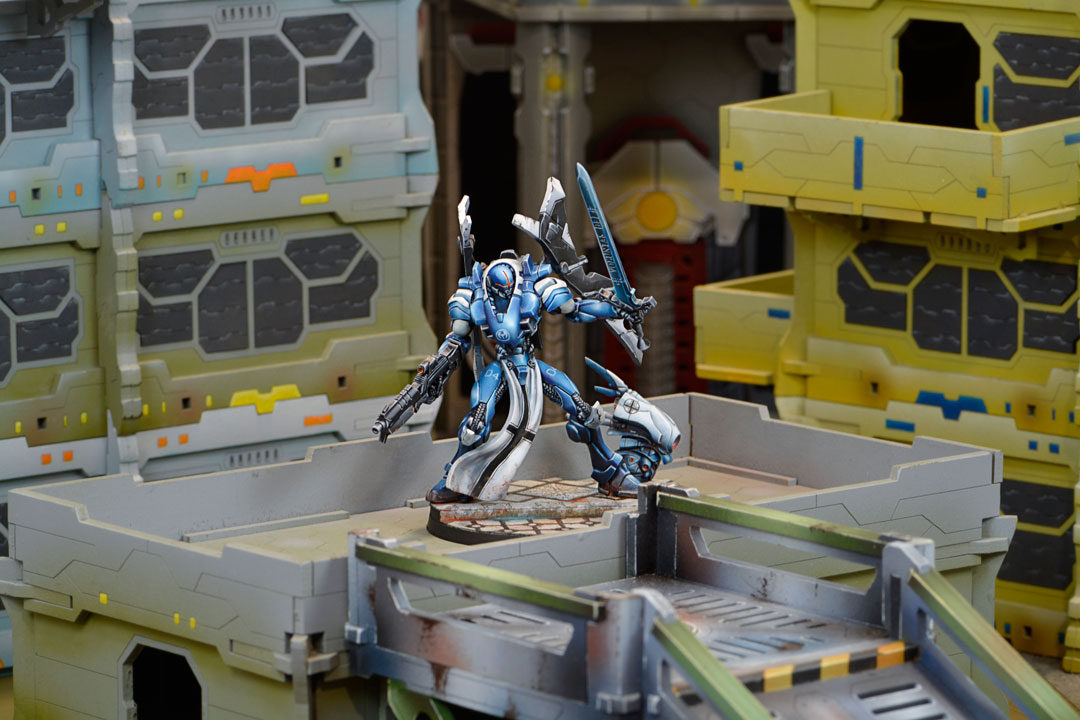 The Father-Officers of the different PanOceanic Military Orders (Hospitallers, Teutons, Knights of Santiago, of the Holy Sepulchre, Montesa…), have the job of leading the vanguard of faithful troops into the heart of battle. In the heat of combat, cut off from the call of God, the Father-Officers are capable of reaching the doors of hell itself. 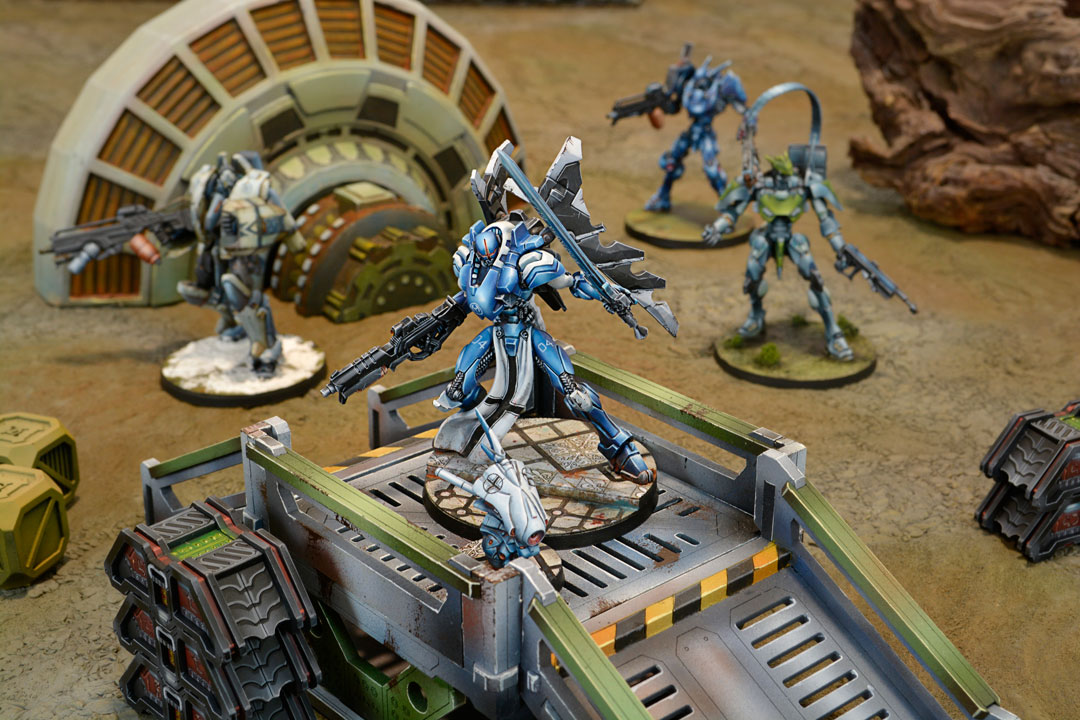 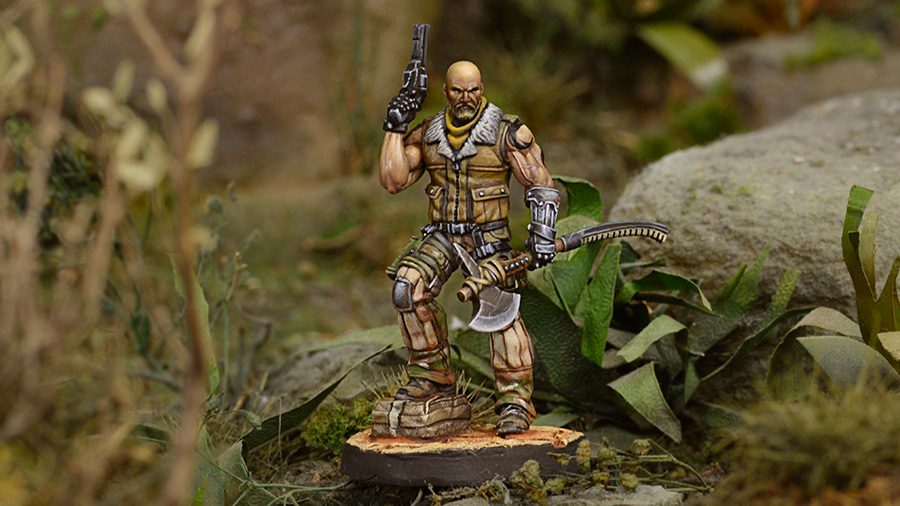 “I lead. You follow.”
Van Zant, to Captain Pendleton of the 2nd Airborne Rangers during the Operation Death from the Clouds briefing. Ariadnan Commercial Conflicts.

Roger Van Zant is a big, bull-necked guy with a bristly goatee and a shaven head, a guy who likes beer and doughnuts. He’s a callous officer, the kind that was promoted from a runt by the sheer weight of his distinguished services. As a person, Van Zant is authoritarian, offensively honest, irritable and obstinate to a fault. His character inspires mixed feelings. He can display a charismatic personality when he wants to, but other officers have come to hate his guts after locking horns with him one time too many. 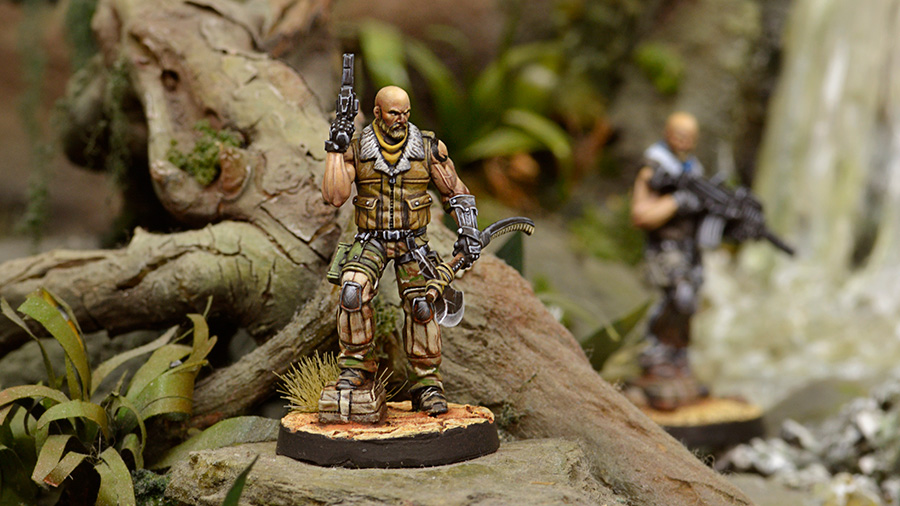 First off – I want to say that Corvus Belli is KILLING IT with these models. They look awesome. Secondly, I would also like to point out a few of these aren’t technically new releases – they are re-sculpts. The kicker is the original models were that bad to begin with… well I’ll let you be the judge.

Here is the Guijia for example: 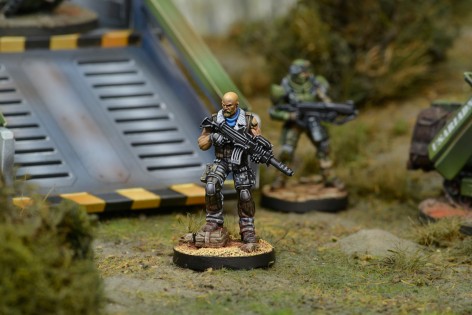 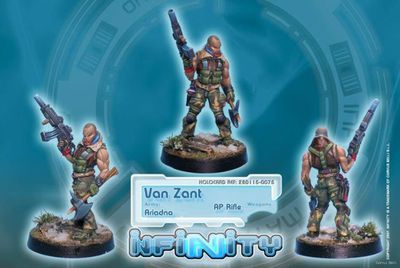 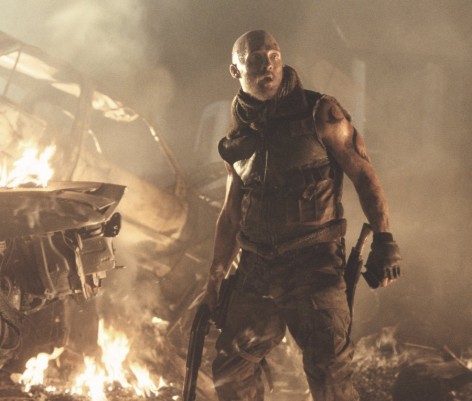 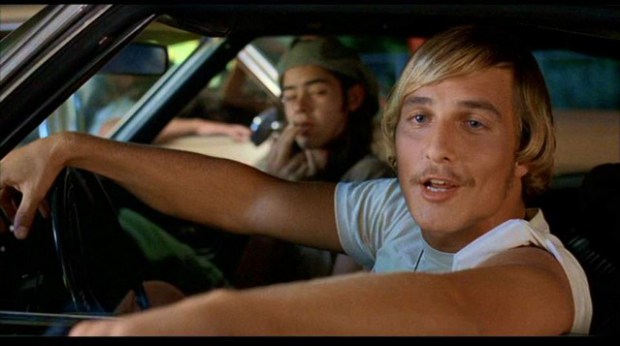 Okay – Maybe the old sculpts did need a little work done. I wonder what old models are going to get the same treatment next. I’m not saying the need it, but they’d be a lot cooler if they did…

I wonder what could have possibly changed Young Van Zant into the hardcore soldier he is now…I’m gonna go with Space Dragons.

Author: Adam Harrison
Writer, Editor, Texas Native, and Austinite for 15+ years, Adam covers all things Tabletop Gaming. Which includes Warhammer 40,000, Age of Sigmar, D&D, Board Games and everything else that involves dice, boards, cards and a table. A hobbyist, player, and collector of miniatures and games, Adam's current obsession are his Death Armies for Age of Sigmar, his Blood Angels and Tyranids for 40k, and his ever growing Arkham Horror: The Card Game Collection.
Advertisement
Infinity The Game Miniatures Tabletop News
Advertisement