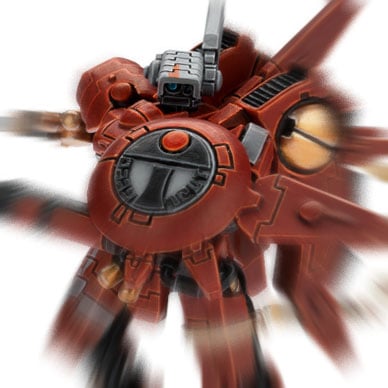 Looks like Tau’s Commander Farsight IS coming back this week! Checkout the rules for his namesake formation and all the other Mont’ka releases NOW! 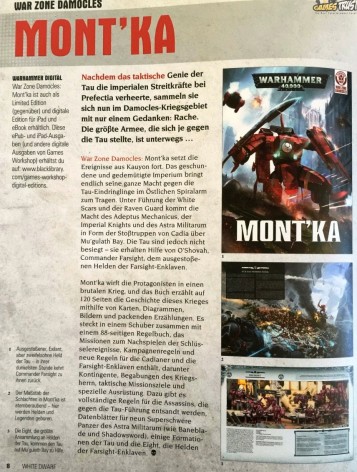 Apparently some folks were able to read the fine print in the White Dwarf #95 pictures that were spotted today, and here’s what they found:

They all come with some drones, too.
Iirc their stats are’nt all “Commander Stats” even though they’re called that. So no BS5 across the board, unless I remember that wrong or they changed it.

Edit. I forgot! They also come with some of the campiest names ever, even for 40k… 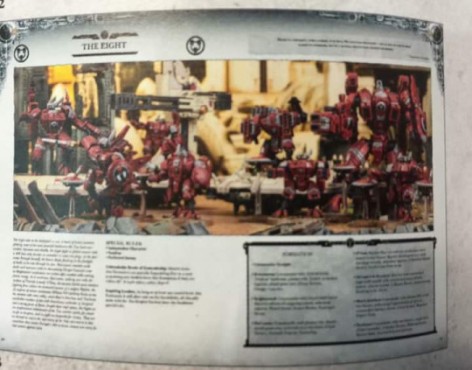 From what I can decipher they at least get Independent Character*, Fearless and Prefered Enemy from the Formation, further buffing any units they’re joining. Unless these words are something similar in silhouette and length. There’s two more paragraphs but I can’t decipher them without my head hurting…

* seeing that this is likely “Independent Character” I’d guess there is NO further Farsight Enclaves update coming and this is their way to make The Eight still playable while the old Farsight Enclaves Supplement will be invalidated. It’s easy, really. Create a formation with the restrictions being a certain loadout, give all the suits the special rule for ICs and make them a choice of 0-1… Bam, done.

Looks like some solid releases coming out way for Black Friday weekend.

– What’s your 40k flavor for the holidays?