Get the Salt Shakers. Maybe a spare – You’re going to want them for this MASSIVE rumor dump for Chaos Marines!

From the notes of a friend who is close to the process and has seen the new codex. It was in a secure environment, so no pics, sorry:
179 pages, 7 New Kits judging from the photos
New Chaos Lord/Sorcerer in Power Armour
Plague Wardens/Corvidae Sorcerer Coven
Blissriders
Blood Brethren/Khorne Berzerkers
New Obliterators/Mutilators
New Havocs/Chosen
New Units:
Plague Wardens – look like plague marine terminators on centurion bases. Armed with either Heavy Bolters with Fleshbane Ammo or Heavy Flamers. CCWs are Deathsycthes (Power Axes with Two Handed and Rampage). Otherwise like Plague Marine Terminators but with two Wounds. Elites.
Corvidae Sorcerer Coven – Brotherhood of Sorcerers Terminators with lots of Thousand Sons iconography. They roll on the Divination, Daemonology and Tzeentch Powers (which are a combo of witchfires and mutations), and have a Mastery Level depending on their unit size (+1 per 3 models). Also have Inferno Bolts on their Combi-Bolters plus Force Weapons. Can take Combi-Weapons. Elites.
Blissriders – Noise Marines on Steeds of Slaanesh. Kinda like Thunderwolves but not as much of a rock. Very fighty with above average WS, A, and two Wounds. Armed with Power Weapons or Power Whips and Doom Sirens. Outflank and Acute Senses. Elites.
Blood Brethren – Khorne Berzerker Champions with Fleshmetal and a variety of unique Power Weapons (like Chosen but with higher WS). Seems similar to Honor Guard from Space Marines. They can exchange their Bolt Pistol for a Plasma Pistol, Hand Flamer, or Inferno Pistol at cost. Elites.

Notable Codex Changes: (not comprehensive)
Numerous point cost adjustments. Chaos Vindicators, Chaos Predators, and Helbrutes can be taken in units of 1-3 with similar benefits to the loyalist versions. Helbrutes have their attacks characteristic normalized with Vanilla Marines, and in full units of 3 gain the Deep Strike rule and go into a rage every turn (similar to the Mayhem Pack in the dataslate). Maulerfiends and Forgefiends can also be taken in units of 1-3 and gain +1 WS and +1 BS respectively at full size. Mutilators are now Heavy Support.
Marks of Chaos are broadly the same apart from cost changes, but Mark of Tzeentch now gives a +5 Invulnerable save and three of them have the following additional benefits:
*** Psykers with the Mark of Nurgle, Mark of Slaanesh, or Mark of Tzeentch may roll up to half their powers on their respective table, and manifest warp charge for powers on that table on a 3+.

Apart from the models the rules have been adjusted considerably. All Chaos Marines (Chosen, Possessed, Raptors, Havocs, Oblids, etc), Helbrutes and Daemon Princes (not Chaos Spawn and Cultists) now have the Chaos Allegiance rule. Each unit individually picks an allegiance, so unlike Chapter Tactics your army can have units with many different allegiances in the same detachment. The only restrictions are that you must have one unit of Troops with the same allegiance as your Warlord (Formations excepted) and both units lose all benefits if you join another unit without the same allegiance.
*** Note: Khorne Berzerkers, Noise Marines, Plague Marines and Rubric Marines are all Troops ***
*** Veterans of the Long War is now free, but exclusive to the Black Legion Allegiance ***
Black Legion: [Abaddon the Despoiler is Black Legion]
*** Veterans of the Long War: +1 Leadership and Hatred (Imperials).
*** Vengeful Strength: Characters gain +2 Strength in close combat.
Renegade Warband: [Huron Blackheart and Fabius Bile are Renegades]
*** Selfish Pride: Furious Charge. Can reroll failed Morale, Fear and Pinning checks.
*** Merciless Corsairs: Characters can choose to double their Attacks characteristic once per game.
World Eaters: (Mark of Khorne only, Khorne Berzerkers and Blood Brethren are always World Eaters)
[Kharn the Betrayer is World Eaters]
*** Insane Bloodlust: Add +D3” to max charge range. Automatically pass Pinning checks.
*** Fury of Khorne: Characters gain the Rampage special rule.
Emperor’s Children: (Mark of Slaanesh only, Noise Marines and Blissriders are always Emperor’s Children) [Lucius the Eternal is Emperor’s Children]
*** Martial Grace: Hit and Run. Fleet.
*** Vicious Excess: Characters gain the Rending special rule.
Death Guard: (Mark of Nurgle only, Plague Marines and Plague Wardens are always Death Guard)
[Typhus is Death Guard]
*** Diseased Bulk: Immune to the Poisoned special rule. Automatically pass Fear checks.
*** Plague Arsenal: Flamers, Heavy Flamers, Frag Missiles and Grenades have Poisoned and Rending.
*** Aura of Decay: Characters cause enemy models in base contact to suffer -1 Attack (to min of 1).
Thousand Sons: (Mark of Tzeentch only, Rubric Marines and Corvidaes Covens are always Thousand Sons)
[Ahriman is Thousand Sons]
*** Favoured of the Deciever: You may reroll Invulnerable save results of 1.
*** Infernal Armory: Heavy Bolters, Reaper Autocannons and Autocannons have Inferno Bolts.
*** Sorcerous Premonitions: Characters can reroll a single to hit, to wound, saving throw or manifesting die once per game turn.
Alpha Legion:
*** Coils of the Hydra: Infiltrate. Alpha Legion characters may always join units of Cultists prior to deployment.
*** Headhunters: Characters have Acute Senses and can bestow the Sniper rule upon a friendly Alpha Legion unit’s Bolters/Combi-Bolters if they are within 6” during the Shooting phase, provided that friendly unit hasn’t moved.
Iron Warriors:
*** Siegemasters: Tank Hunters.
*** Shredder Bolts: Heavy Bolters, Frag Grenades and Frag Missiles have the Shred special rule.
*** Iron within Iron Without: Characters gain the Feel No Pain rule. Warpsmiths have +1 to repair rolls on friendly vehicles.
Night Lords:
*** Murderous Talents: Reroll 1s to Wound in Close Combat. Lightning Claws have the Rending rule.
*** Lords of Terror: Stealth and Fear.
*** Gutter Fighters: Characters cause Instant Death on a wound roll of 6 in Close Combat.
Word Bearers:
*** Blessed by the Gods: Units get to roll on the Boon Table whenever they kill an enemy unit in close combat, with all models benefiting from the result (reroll Spawndom and Dark Apotheosis). In addition, psykers count as Daemons for the purposes of using Malefic Daemonology powers.
*** Fanatical Devotion: Characters gain the Zealot special rule, and if they are a Dark Apostle they grant their unit +1 Attack.

Formations are, unsurprisingly, organized into a greater detachment that includes a collection of smaller ones.
Black Crusade Detachment: (1+ Core, 1-10 Auxiliary, 0-3 Exalted Champions)
*** Lord of the Black Crusade: Your Warlord can roll for a second warlord trait, rerolling any duplicates.
*** Dark Ascension: Characters in this detachment make a free roll on the Boon table at the start of the game, rerolling any results of Spawndom or Dark Apotheosis. The result of this roll applies for the rest of the game.
Chaos Marine Warband [Core – must all have same Chaos Allegiance]: 1 Chaos Lord, Chaos Sorcerer or Daemon Prince, 3-10 Chaos Marines, 0-2 Helbrutes, 2-5 Raptors, Chaos Bikers or Havocs.
*** Stubborn.
*** Idols of the Gods: Units that are taken at maximum squad size can take an Icon of Chaos for free.
*** Malefic Barrage: Once per game, each unit in this detachment can fire their ranged weapons twice.
Exalted Champions: 1 Abaddon the Despoiler, Kharn, Lucius, Typhus, Ahriman, Huron Blackheart, Fabius Bile, Chaos Lord, Chaos Sorcerer or Daemon Prince.
Dark Warpcult [Core]: 1 Dark Apostle, 3-10 Chaos Cultists, 0-2 Chaos Spawns.
*** True Believers: Cultists in this formation are Fearless so long as the Dark Apostle is alive.
*** Mutated Beyond Recognition: Chaos Spawns may reroll their random Mutation and Attack rolls.
Khornate Butcherhorde [Core]: 1 Chaos Lord (World Eaters) or Kharn, 2-8 Khorne Berzerkers, 1-4 Khorne Blood Brethren.
*** Hammer of Wraith.
*** All Out Assault: Units in this formation can declare a charge after disembarking from a non-Assault vehicle, but must take a dangerous terrain check if they choose to do so.
*** Reckless Rampage: Units in this formation count their +D3” to charge range as +3” instead.
Plaguehost of the Reaper [Core]: 1 Chaos Lord (Death Guard) or Typhus, 2-7 Plague Marines, 1-3 Plague Wardens.
*** Noxious Cloud: Enemy models within 6” of a unit in this formation suffer -1 WS and -1 BS unless they are a Daemon of Nurgle or have a Mark of Nurgle.
*** Lethal Toxins: Poisoned Weapons wielded by models in this formation are Poisoned (3+).
Symphony of Depravity [Core]: 1 Chaos Lord (Emperor’s Children) or Lucius, 2-6 Noise Marines, 1-3 Blissriders.
*** Move Through Cover.
*** Orchestra of Death: Units in this formation can overcharge their Sonic Weapons during their Shooting Phase, firing 1 additional shot from their Sonic Blasters, Doom Sirens, and Blastmasters. Any sonic weapons fired in this way gain the Get’s Hot! special rule.
*** Combat Drugs: Units in this formation reroll failed to Hit rolls on a turn they charge into combat.
Brotherhood of Dust [Core]: 1 Chaos Sorcerer (Thousand Sons) or Ahriman, 2-9 Rubric Marines, 1-4 Corvidae Sorcerer Covens.
*** Warpfire Inferno: Inferno Bolts fired by models in this formation gain the Ignores Cover special rule.
*** Locus of Power: Psykers in this formation can reroll failed attempts to manifest Warp Charge.
Firstborn Champions of Chaos [Auxiliary – must all have same Chaos Allegiance]: 1-3 Chaos Chosen, 1-3 Chaos Terminators.
*** Fearless
*** Millennia of War: Chose a codex before deployment and inform your opponent of your choice. Units in this formation have the Preferred Enemy rule against that codex.
*** Slay the Mighty: Monster Hunters. Characters in this formation reroll failed to Hit rolls in challenges.
Daemonkin Warpack [Auxiliary – must all have same Chaos Allegiance]: 2-6 Possessed Marines, Warp Talons, or Mutilators.
*** Apex Predators: Units in this formation have Weapon Skill 5. Possessed Marines may reroll their Mutation table results.
*** From Beyond the Veil: Warp Talons and Mutilators in this formation may assault on the turn they arrive from Deep Strike.
Cult of Ruination [Auxiliary – must all have same Chaos Allegiance]: 1 Warpsmith, 2-6 Defiler, Forgefiends, Maulerfiends or Helbrutes, 0-2 Heldrake, 0-2 Obliderators.
*** Dark Sustenance: Units in this formation gain the It Will Not Die special rule. Units that already have this rule will instead pass their rolls on a (4+)
*** Biomechanical Guidance: One Unit from this formation within 12” of the Warpsmith can choose to use his WS and BS characteristics at the beginning of the owning player’s turn, lasting until the start of that player’s next game turn.
Decimator Armoured Spearhead [Auxiliary]: 2-3 Chaos Predators or Chaos Vindicators, 0-2 Chaos Land Raider
*** Infernal Spirits: Units in this formation gain the Power of the Machine Spirit special rule while within 6” of another unit from this formation.
*** Mutated Hulls: Units in this formation have Extra Armour for free.

WOW – That’s a LOT to dig through. Have the Chaos Marine Player’s Prayers been answered? If these turn out to be true – it’s a good start. But again – these are rumors so take them with a   MINE of salt.
It may have been the Summer of Sigmar – But the Winter belongs to CHAOS!

Games Workshop Has Me Worried 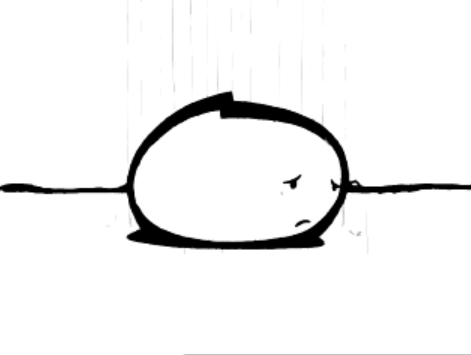