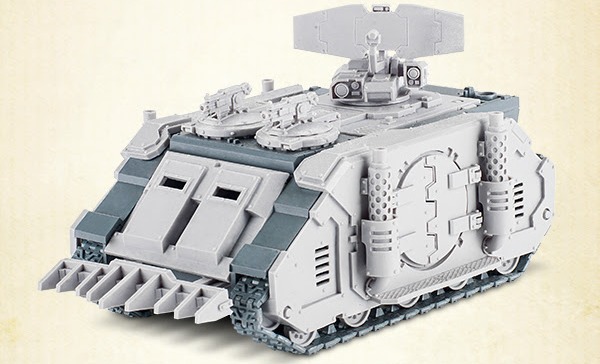 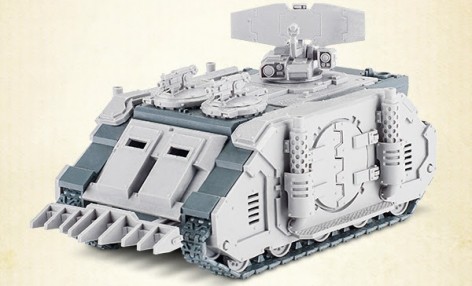 The new Damocles Command tank is finally here from Forge World, just in time to help turn the tide of Heresy! 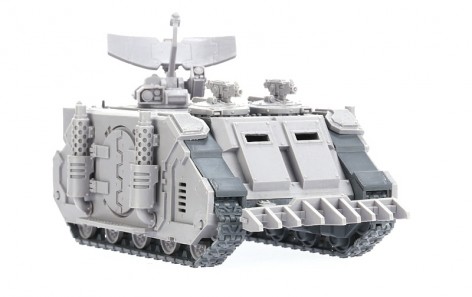 First designed to fulfil the needs of the Ultramarines Legion, the Damocles Command Rhino was a principal command and control vehicle in use by all of the Legiones Astartes by the latter days of the Great Crusade. Based on the ubiquitous Deimos pattern Rhino, the Damocles is equipped with sophisticated communications, cognis-analysis and tracking equipment, including a powerful orbital-interface secure vox-transceiver. The Damocles provides an unbreakable link between the Space Marine Legion formation in the field and the war zone’s command structure, whilst also providing support for the troops on the ground by directing deployments and calling in focussed bombardments with deadly accuracy.

The Deimos Pattern Damocles Command Rhino can be taken in any Legiones Astartes army, its rules can be found in The Horus Heresy Book Five – Tempest. 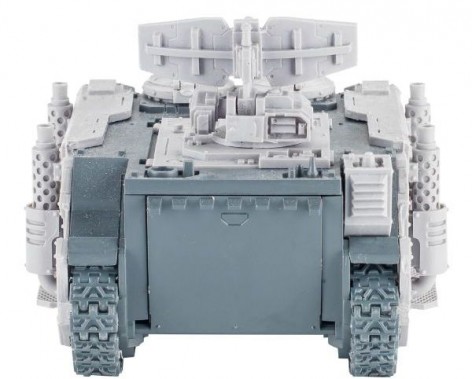 This is a complete, multi-part resin and plastic kit. It includes an optional dozer blade.

Coming to games of 40k near you soon?