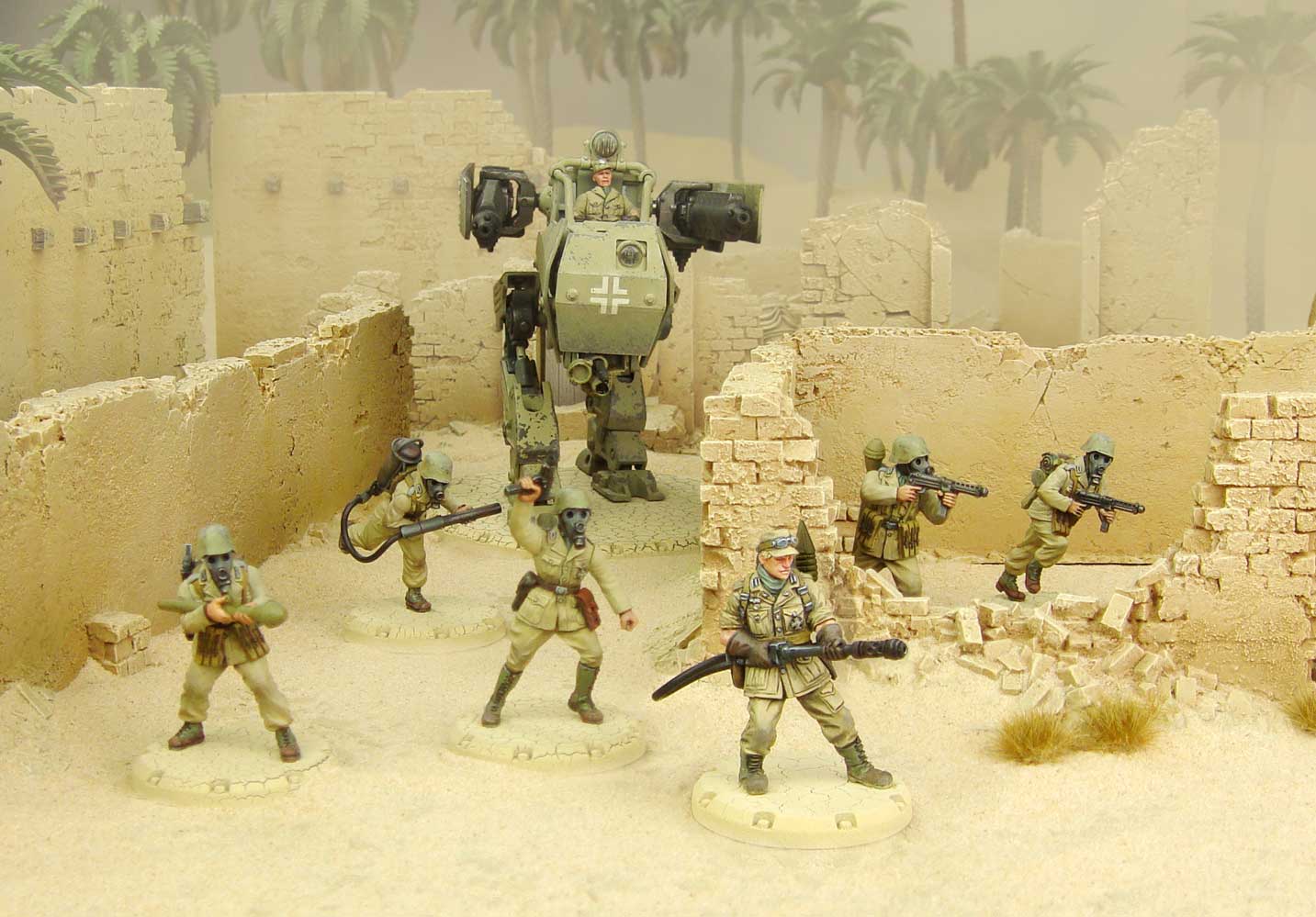 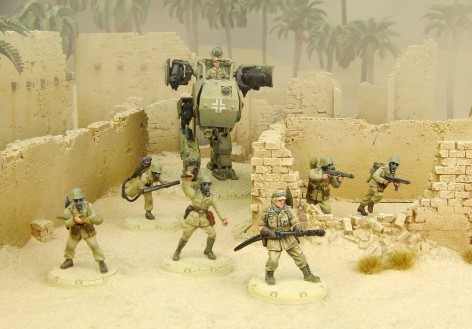 The Neue Deutsches Afrikakorps (NDAK) has arrived in the Middle East! Along with the rest of Operation Babylon’s forces, the Korps is now fighting the Allies and the SSU in this part of the World. 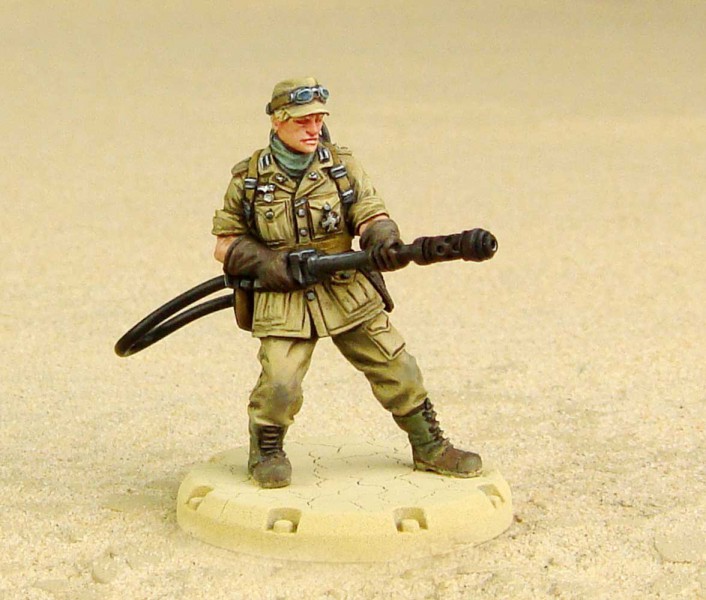 Dust Studio is very proud to present this new starter with slightly revamped rules for Dust Tactics! The very beginning of a new era starts now with an amazing box full of treasures!

We’re certain that it will appeal to new players and veterans alike. Whether you’re new to the World of Dust or have been hanging out with us for some time now, you’ll love the NDAK Starter Set: Kampfgruppe Christoph. 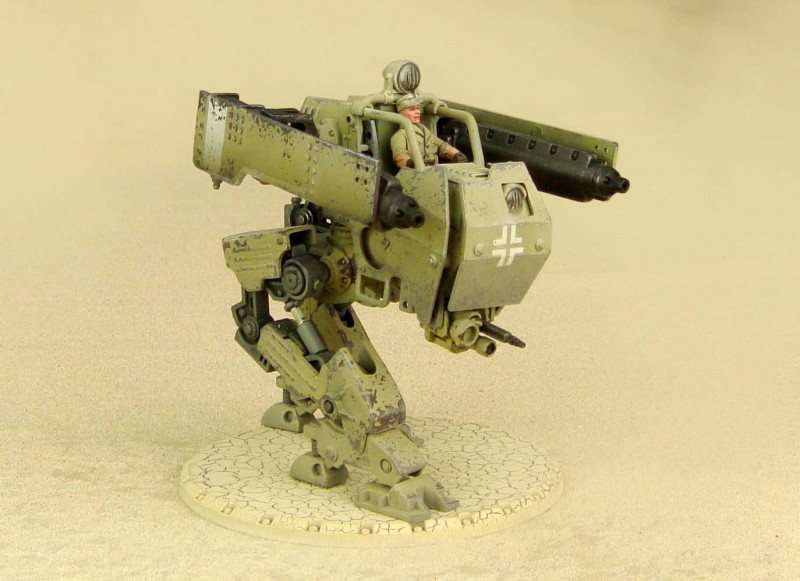 – one hero: Christoph Schultz
– one squad of five soldiers, the Tomb Cleaners
– one Hermann (Trop) walker with pilot
– one rule booklet with the introductions rules to Dust Tactics
– twelve Axis Dust dice
– one tank trap
– one ammo crate
– one gaming mat
– six terrain tile
– one catalog
– 3 unit cards
– and one leaflet 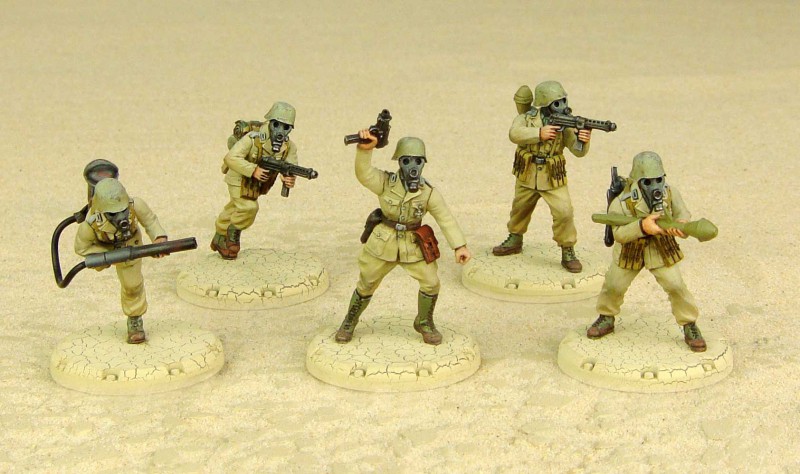 As always, you can order the models with the basic “Primer” scheme or you can go the extra mile and get them fully painted! 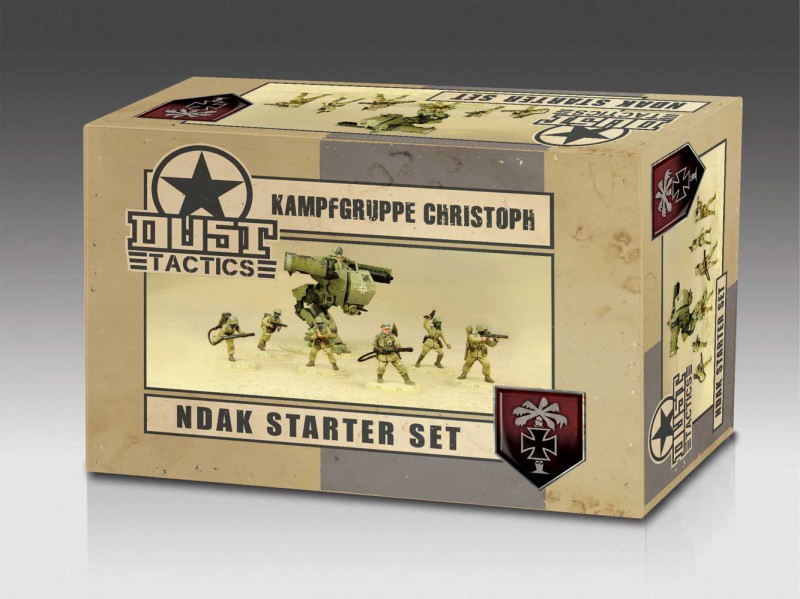 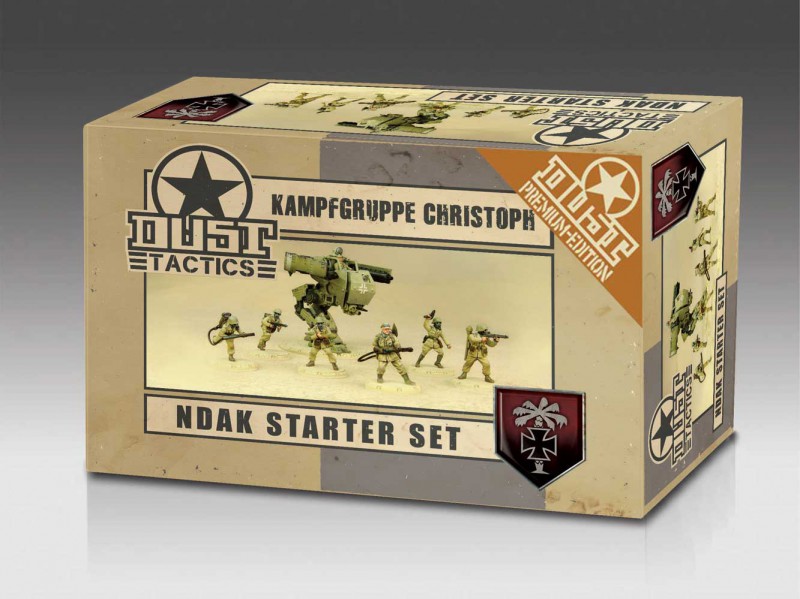 Author: Adam Harrison
Writer, Editor, Texas Native, and Austinite for 15+ years, Adam covers all things Tabletop Gaming. Which includes Warhammer 40,000, Age of Sigmar, D&D, Board Games and everything else that involves dice, boards, cards and a table. A hobbyist, player, and collector of miniatures and games, Adam's current obsession are his Death Armies for Age of Sigmar, his Blood Angels and Tyranids for 40k, and his ever growing Arkham Horror: The Card Game Collection.
Advertisement
DUST Tactics DUST Warfare Miniatures Tabletop News
Advertisement 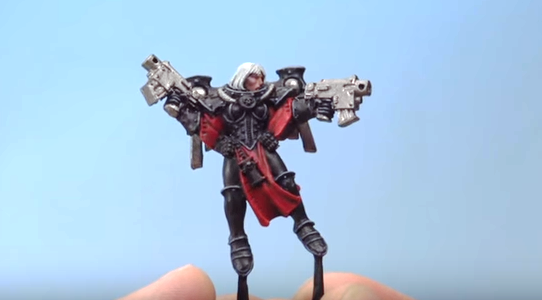