Review: Age of Tyrants Pt. I

Hello, as you might know I am a sucker for small scale miniatures and games, and today I would like to talk a bit about the upcoming Age of Tyrants.

Age of Tyrants is a 6mm scale game set in the Urban War universe. It will be on Kickstarter soon, but a beta version of the rules is already available for free online.

As most 6mm systems, Age of Tyrants concentrates on large battles with dozens of elements on each side. Individual armies are organized in Companies, each consisting of an Officer, usually in an armored vehicle, and four to eight platoons. Each platoon has a Junior Officer and three units, represented by a base each. 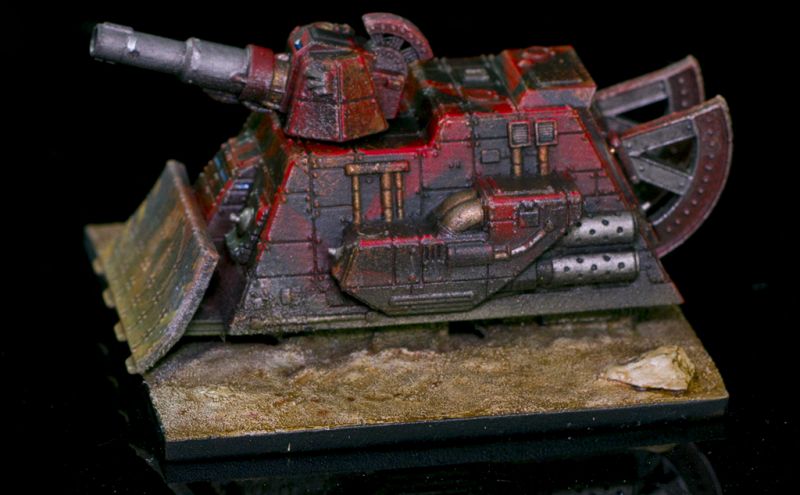 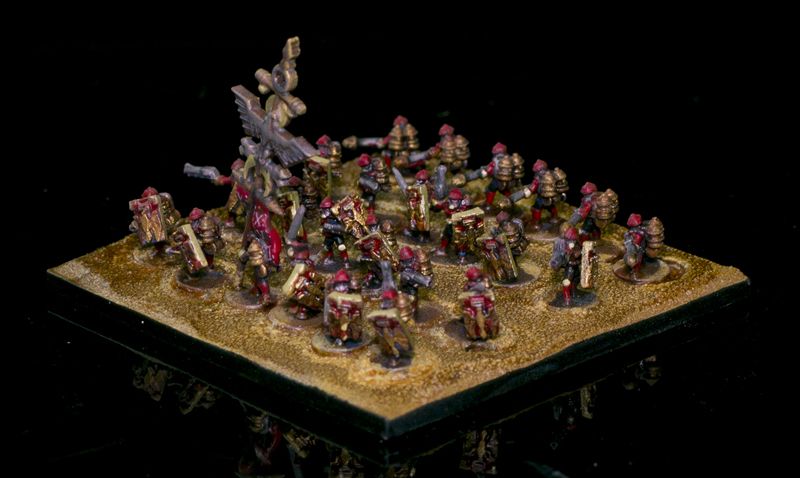 The playing field is 4’x4′ for standard battles between one or two companies per side. Age of Tyrants knows two categories of terrain, area and object. Most terrain features are areas, and their special rules count for the whole feature. Objects are usually smaller than areas and interactions between bases and objects tend to be a bit more complex. For example, objects can only be entered or crossed through specific access points.

Each terrain feature also has one or more special rule like concealment, defensible or elevated. These give a base inside the terrain certain advantages or disadvantages.

There are very useful instructions about the order in which you are supposed to place terrain to make it easy to build an exciting but not too complicated battlefield. A very nice touch is that the faction descriptions offer a list of terrain features fitting the background of each faction! 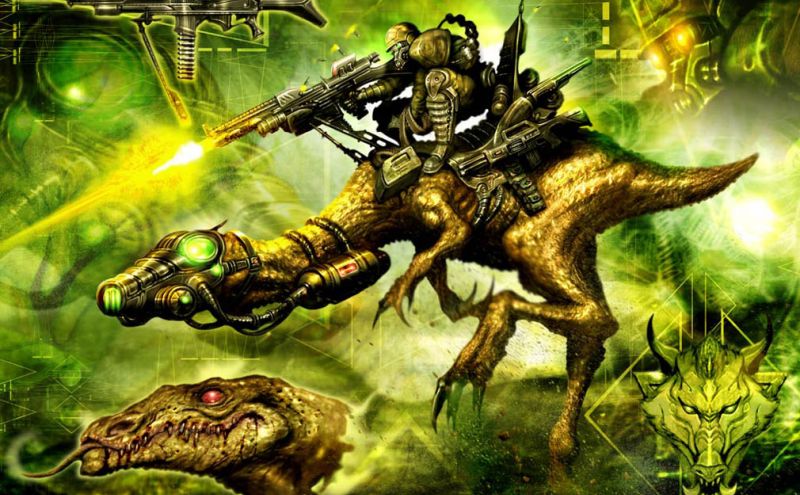 The game itself is similar to other small scale systems, but it has some interesting twists. At the start of the turn you dice off for initiative, and after that the players alternate in giving orders. As usual, Junior Officers can only command their own platoon, while the Officer can issue orders to any of his subordinates. Your leaders have a pool of command points they can use, and the costs of each order depend on the status of the leader and the units he wants to give a command. The orders are no surprise: move/at the double, attack/counter-attack, mount/dismount and rest & recuperation. After the order is carried out, the bases involved get an activation counter, or in some cases, a vulnerable counter (for example after recklessly moving at the double or dismounting from a moving transport).

Combat is handled in a more abstract way than in most other games. You give an attack order to one of your bases, which can be supported by additional units. If the target is in line of sight and range, you generate a combat score by adding up the damage stats of all attackers plus maybe a couple of additional modifiers. The defender gets a combat score based on his suppression resistance. Than both players throw a D6 and add their combat score. The margin between the results determines the effect of the attack. In most cases the defender suffers suppression points from the attack. If the margin of the attack is higher than 6 or if a base suffers more than 2 suppression points, it is destroyed. 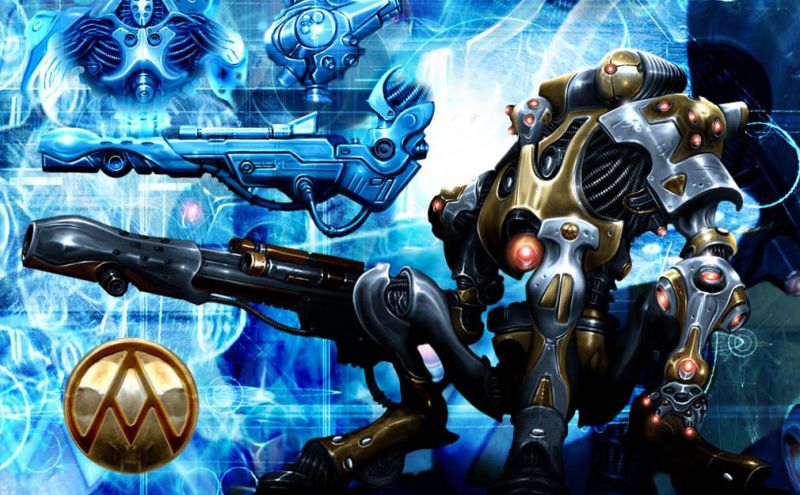 If a base suffered suppression points, a leader has to spend addittional command points when giving an order to it. This limits your control over suppressed bases. Rest & recuperation is how you lose suppression levels. If the base is not within 6“ of the enemy and out of line of sight, it can make a normal move and then loses one point of suppression. 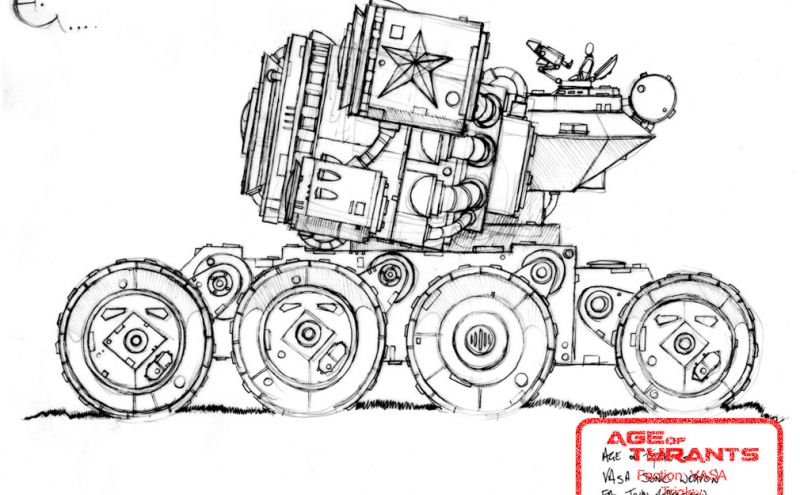 The rules include four scenarios: Meeting Engagement, Breakout, Hold the Line and Dominate. The first is your usual open battle scenario in which both players try to inflict maximum damage. Breakout and Hold the Line are interesting because they are played with asymmetric forces – in Breakout, a small force tries to get at least half of its bases off the table, and in Hold the Line the outnumbered defenders must hold out for a variable number of turns until reinforcements arrive. In Dominate, both sides try to occupy three terrain features in their opponents half of the battlefield.

Next time we will have a look at faction and units in more detail and I talk about my impressions after a couple of games. 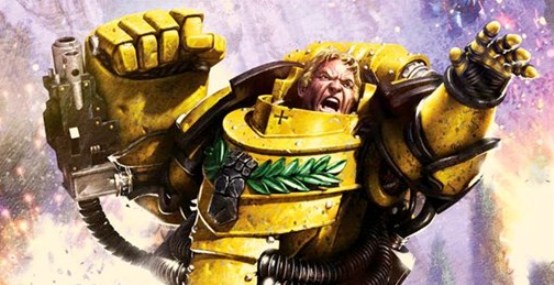