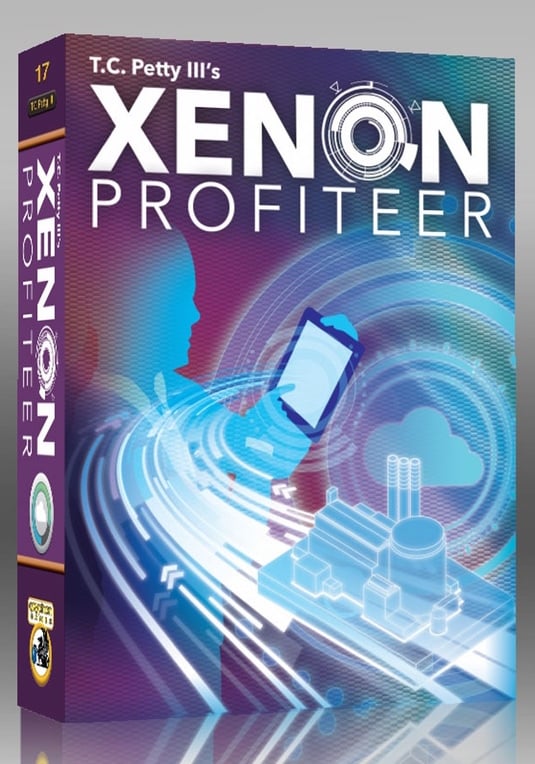 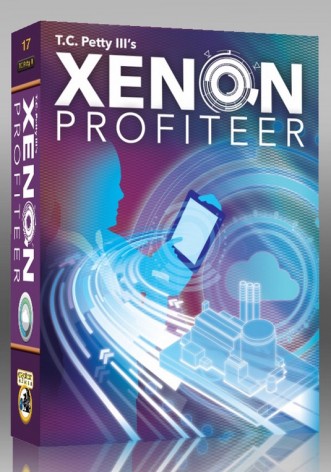 The Tabletop Spotlight is on Xenon Profiteer – Can you filter Air for Profit? You can NOW!

Hello BoLS Readers and Air Purification Specialist – The Tabletop Spotlight is on Xenon Profiteer! Robbie from Dragon’s Liar Comics & Fantasy brings us another Kickstarter Success Story game and this one is pretty unique. “In Xenon Profiteer, you use your entrepreneurial spirit and an Air Separation facility to isolate valuable Xenon and make a profit.” This game was funded back in may of 2015 and is in stores now so go check it out:

This game is a really quick deck building game that really pushes you to make your deck as efficient as possible. 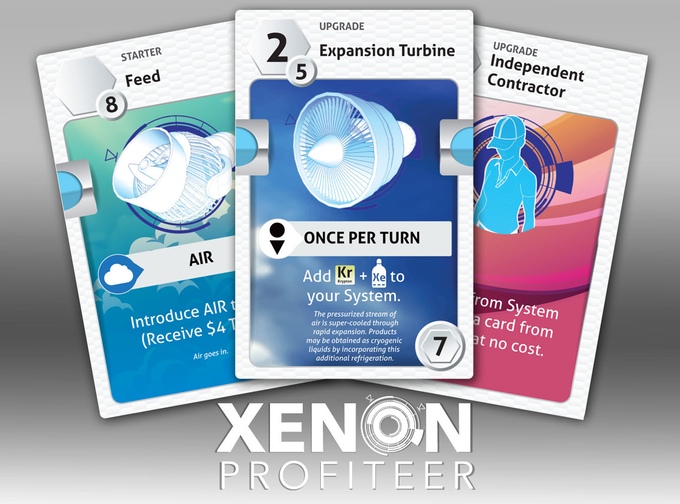 Xenon Profiteer is a new deck-deconstruction strategy game from designer T.C. Petty III. In Xenon Profiteer, you take the role of entrepreneuring engineer striving to specialize and optimize your Air Separation Facility in order to emerge as a titan of the emerging market for Xenon. Others are racing to achieve similar prestige however, and only the best among you will be victorious.

In a decidedly different take on the classic deck-building format, Xenon Profiteer not only actively encourages players to remove cards from their decks, it is a core mechanic in your goal of isolating Xenon. Each turn begins by strategically removing cards from your hand (and deck) through Distilling based on the real-world hierarchy of elements. The goal: only have Xenon remaining in your hand. The problem is, of course, the only way to gain more Xenon, is to bring in more AIR. And AIR is composed of all kinds of other pesky elements that make isolating Xenon difficult. 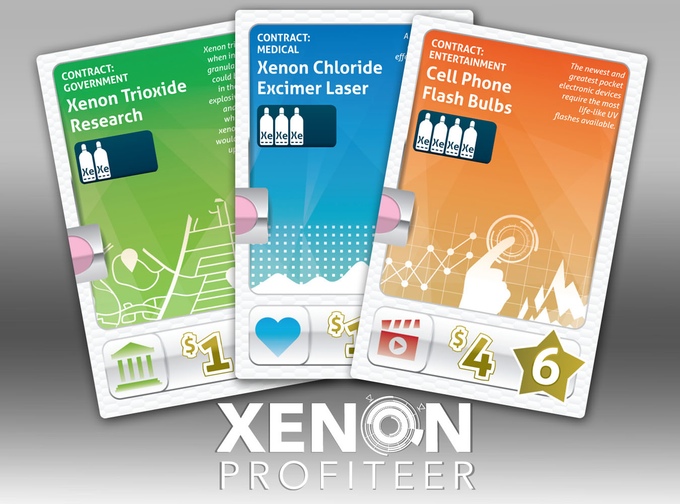 To be successful, the entrepreneur must purchase upgrades that accelerate the distilling process. From upgrades that accelerate the rate at which elements are introduced into the player’s system, to upgrades that give advantages when bidding on new upgrades and contracts, nearly every aspect of the basic distilling operation can be improved upon. The purchased upgrades can be put into a player’s deck for a minimal cost, or else installed as permanent cards in front of the player for a larger cost, but with enduring effects. 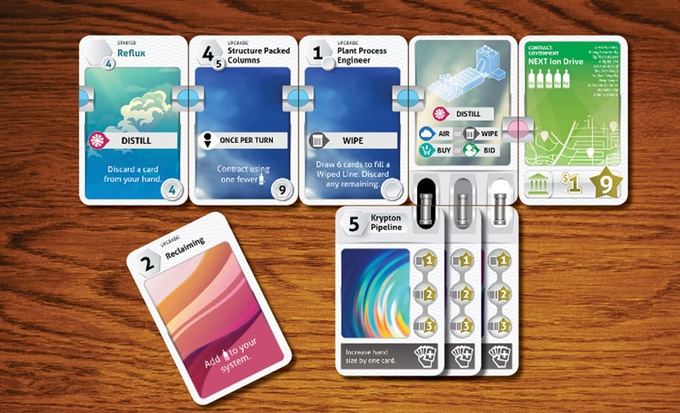 All of this tweaking and upgrading is for one ultimate goal: streamline the Xenon distillation process to fulfill contracts that give the player who claims them a combination of money and victory points. Once a player has completed five contracts or installed five permanent upgrades, the game is over and the player with the most victory points is the winner.

If you’re looking for a quick game play demo check out this video as well: 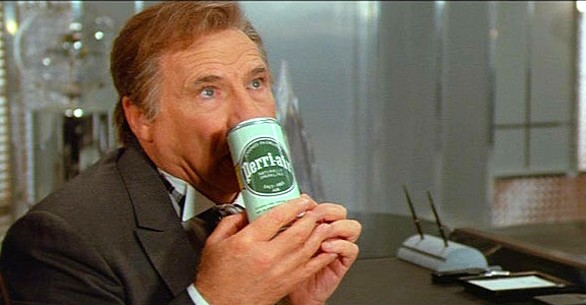 Author: Adam Harrison
Writer, Editor, Texas Native, and Austinite for 15+ years, Adam covers all things Tabletop Gaming. Which includes Warhammer 40,000, Age of Sigmar, D&D, Board Games and everything else that involves dice, boards, cards and a table. A hobbyist, player, and collector of miniatures and games, Adam's current obsession are his Death Armies for Age of Sigmar, his Blood Angels and Tyranids for 40k, and his ever growing Arkham Horror: The Card Game Collection.
Advertisement
Board Games Card Games Kickstarter Tabletop Spotlight
Advertisement