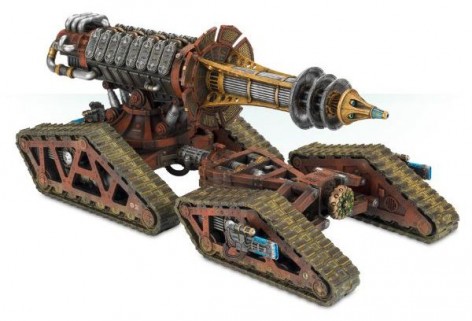 HOLY MOLY, that thing is as big as a Scout Titan laying down!  The Ordinadus is about the same cost as a Warhoud’s body without the weapons and is ready to roll with no additional upgrades.  I have to say I’m loving these large scale kits that Forge World has been kicking out these days like the Warlord, and the Tau KX139. With ever more oversized plastic kits like the Lord of Battles running around, Forge World has to compete in the size department for your hobby dollars! 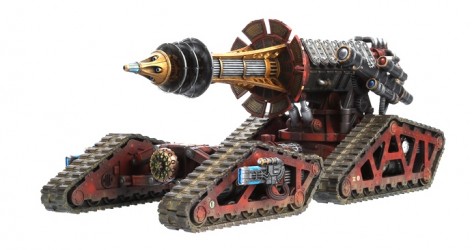 A rare and truly arcane weapon system of staggering power, the Mechanicum Ordinatus Ulator is of the smaller classes of Ordinatus, but nevertheless is one of the most potent war machines at the Imperium’s disposal.

The Ordinatus Ulator carries a trio of Volkite Culverins as its secondary armaments, but its primary weapon is the Ulator class Sonic Destructor. A terrifying weapon whose origins lie in the shadows of the Age of Strife, the Sonic Destructor generates a wave of annihilation that wreaks havoc across the battlefield.

The Mechanicum Ordinatus Ulator is a complete, multi-part resin kit. 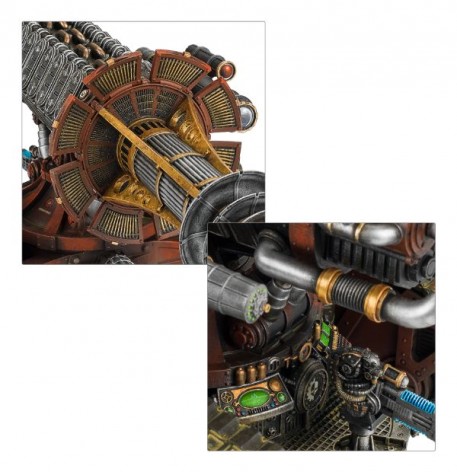 Lore on the Mechanicum Ordinatus

~How big is too big for the tabletop in your book?