Come see the SIX new confirmed formations for Warhammer 40k that are part of the start collecting army boxes coming this week!

So it looks like there is some sort of pamphlet in with the new army boxes that contains multi language print outs of each respective faction’s formation. 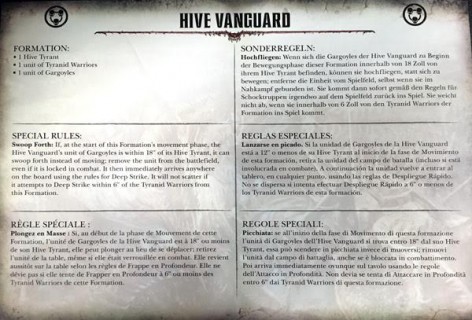 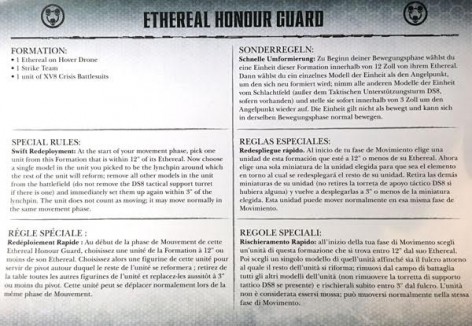 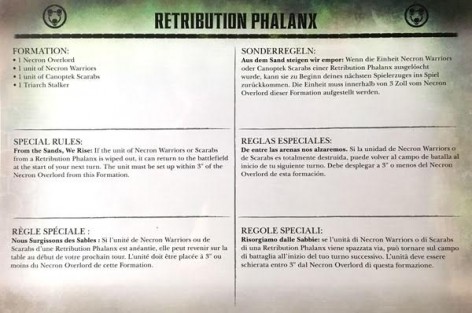 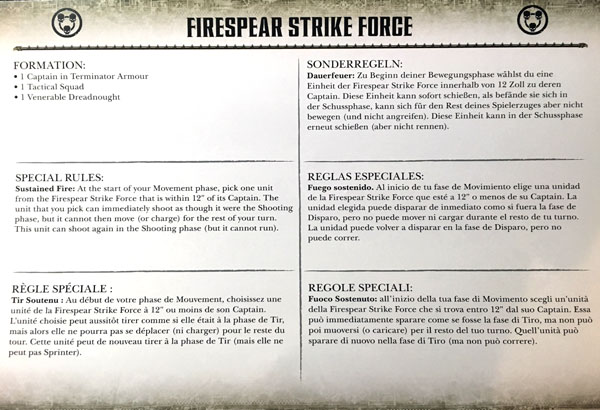 Now compare these with what was going around the net yesterday and they are pretty similar.

via Fen on Warseer

New release Bundles
Space Marines
-pick a unit from the formation close to the captain,that unit can fire in the movement phase instead of moving (and then can still fire in the shooting phase)

Mechanicus
-pick an enemy unit within 18″ of the dominus and within his LoS at the start of the shooting phase,all units from the formation repeat to hit against that unit for that phase
Tyranids
-if the gargoyle are close to the Tyrant during the movement phase,you can immediatly remove them from the game and place them back in the same turn coming from deep strike.If they DS close to the warrior unit from the formation,they dont scatter
Necron
-when the scarabs and warrior units from the formation are destroyed,you place them back in game close to the overlord at the start of the next turn
Imperial Guard
-All infantry has 4+ cover while standing near the LR
Tau Empire
-Pick a unit close to the ethereal,remove all the models of that unit save for one,then redeply all those models keeping cohesion with the model you left on the field.Not sure how often/when you can do it

Either way looks like the cat is out of the bag on the new 40k releases for this week, which may just entice more than new players into buying them with these rules!