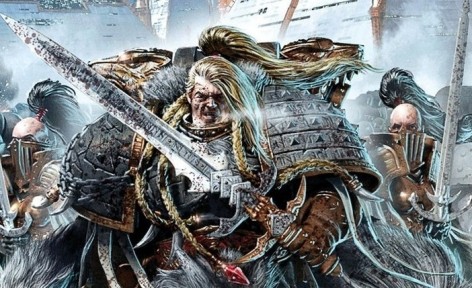 40k’s Storyline is progressing with these new campaign books.  Look what was spotted about 40k’s End Times in White Dwarf!

Portents of the End Times

First let’s take a walk down memory lane via Lexicanum:

“Listen closely Brothers, for my life’s breath is all but spent. There shall come a time far from now when our chapter itself is dying, even as I am now dying. Then my children, I shall list’n for your call from whatever realms of death hold me, and come I shall no-matter what laws of life and death forbid. At the end I will be there. For the final battle. For the Wolftime.”
~Primarch Leman Russ – before his final departure into the Eye of Terror

And here’s a self summary of other ongoing plot times from various codex and supplements:

And now we get this from White Dwarf 105: 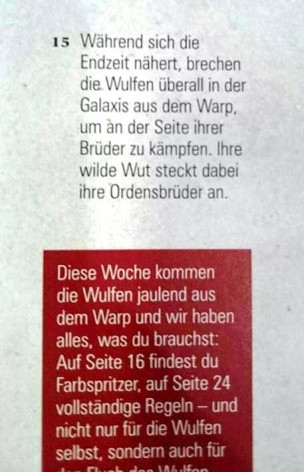 Which translates roughly to:

“It’s True the End Times Draw Near. The Wulfen can strike out of the Warp anywhere in the galaxy to fight alongside their brothers.

So it appears the Wulfen may have figure out how to emerge from outside the Eye of Terror and other “blighted” regions perhaps ushering in the End Times (Wolftime) that the Space Wolves themselves have foreseen. 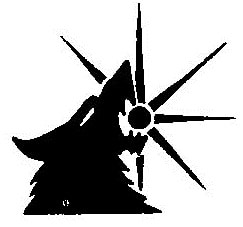 The Ravening Jaw in Fenrisian mythology symbolizes the Wolftime, when Morkai will eat the sun and the stars and shroud Fenris in an eternal night.

… At the end I will be there. For the final battle. For the Wolftime. ~Leman Russ

For Russ, and the Emperor!