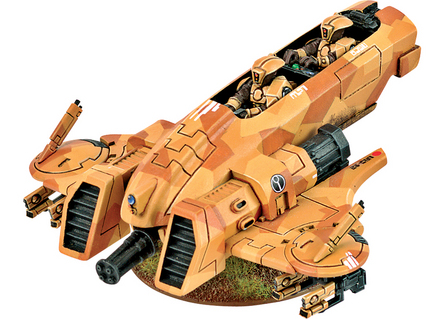 There has been a lot of internet chatter about a lot of the new Tau rules and units. The Firestream Wing has flown a little bit under the radar.

Hi all.  I’m TPM, the host of Forge The Narrative.

This formation consists of four units TX4 Piranha units. One of these units must consist of only a single Piranha. The other units can be bought up to the squad size max of 5.

The Piranha are basically outshined by many of the other Tau units so it is very unlikely that you will see these guys on most tabletops but this formation needs a look for tournament play.   I know… you just tuned out because I mentioned Piranha and then again when I said Tournaments. Stick with me!

Even casual games are leaning towards more dynamic missions like we talk about on my podcast and weekly webcast. Many of these missions rely on objectives or kill points to determine who won/lost. This formation excels at competing on both of those elements and I’ll explain below.

A single Piranha is 40 points base. It comes stock with two MV1 Gun Drones and a burst cannon. A unit of Piranha can be bumped up to include 4 additional vehicles.   You can upgrade the burst cannon to fusion blaster for 10 points and you may take two seeker missiles for 8 points each. You may also take items from the Tau Vehicle Battle Systems.

So Why Am I Talking About This?

The formation has two special rules. The first rule is Target Acquisition Team where the single Piranha unit chooses an enemy within 36 inches and in line of sight during the shooting phase. The other Piranha in this formation add 1 to their BS if they shoot at the chosen unit and they also gain the Tank Hunter rule if the target unit is a vehicle.

The second rule is where the magic happens. Rearm and Refuel. If all of the surviving models from a unit in this formation are within 6 inches of a table edge at the end of the movement phase the unit can enter Ongoing Reserves. When it returns to play it does so at full strength – any damage is repaired and the Drones and the Seeker Missiles are replaced. ALL DRONES ARE REPLACED!

Now, let’s be real.   To maximize this you’d have to spend a lot of points that may or may not have an impact on the game so let’s take a look at this from the perspective from spending the least amount of points possible.

This gets you the 2 gun drones and the stock burst cannon. Gun drones are 14 points by themselves so you’re really only paying a few points for the Speeder.   Drones that start the game attached to a vehicle have a special property that other drones don’t have. Drones that started the game attached to a vehicle do not award Victory Points when destroyed after they separate. (Your opponent will need to destroy the vehicle to get Victory Points for the unit).

Let’s Keep Going With This

The four units above gives us 8 gun drones or 4 units of 2.

On turn 1 with this formation, we can immediately drop of 4 units and then scoot off of the table into ongoing reserves at the end of the movement phase. On turn 2 we arrive, drop off 4 more units and then at the end of the movement phase leave again.   This is giving us 8 units so far that when destroyed do not give up Victory Points but can still claim/contest objectives or possibly pick off straggler units with their guns.

You may be thinking that that a unit cannot leave combat air space on the turn it arrives from reserves – but that is only a rule for Flying Monstrous Creatures and Flyers. The Piranha is a Skimmer. Skimmers do not have this restriction. That rule is specifically detailed in the FMC and Flyer sections.

Obviously this may be an oversight, but right now the Tau player has the ability to kick out 4 units per turn without fear of having their generators destroyed (outside of intercept) with a minimal point investment.

How Broken is This?

That’s hard to say. In objective based games this can be pretty hard to deal with. The drones move like Jump Infantry so even coming in from near the board edge they still have a pretty good threat range for claiming objectives.

The volume of drones created are excellent for roaming out and destroying smaller squads or remnants of squads you’d rather not waste your firepower on.

The fact that they do not give up Kill/Victory Points and can generate Kill Points for you is pretty big. Claiming objectives is huge. For the investment of 160 points the Tau player can conservatively create an additional 336+ free points during the game. The more Piranhas you add to the formation the more drones you can spawn. It’s not daemon summoning, but it doesn’t suck either.

I think a lot of people may have flipped past this formation without considering it.

We’ve started to post up a few articles and army lists over on our new webpage.  If this sort of stuff interest you please check out our articles page and the podcast below. 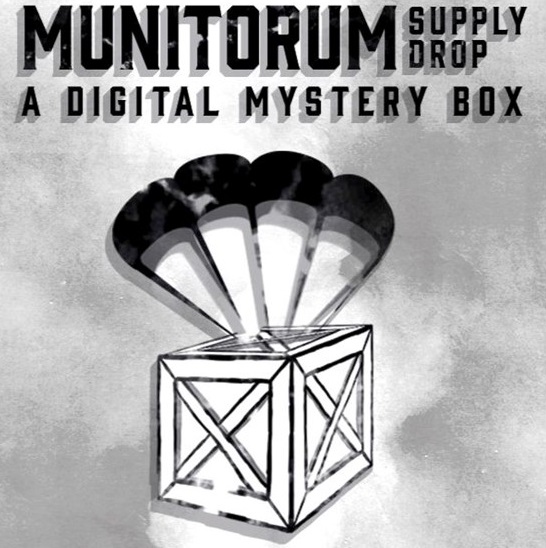