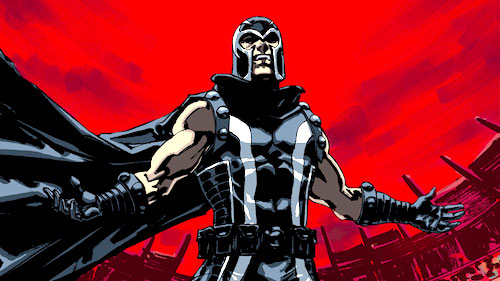 WizKids points you to a glimpse of the latest version of Magneto from the upcoming Uncanny X-Men expansion.

Today we take a look at one big antagonist – Magneto! He is coming to HeroClix in the upcoming Marvel HeroClix: Uncanny X-Men series.  this will be the first HeroClix series tranalted into Spanish and it looks like HeroclixSpain was the first to tease him.  Take a look. 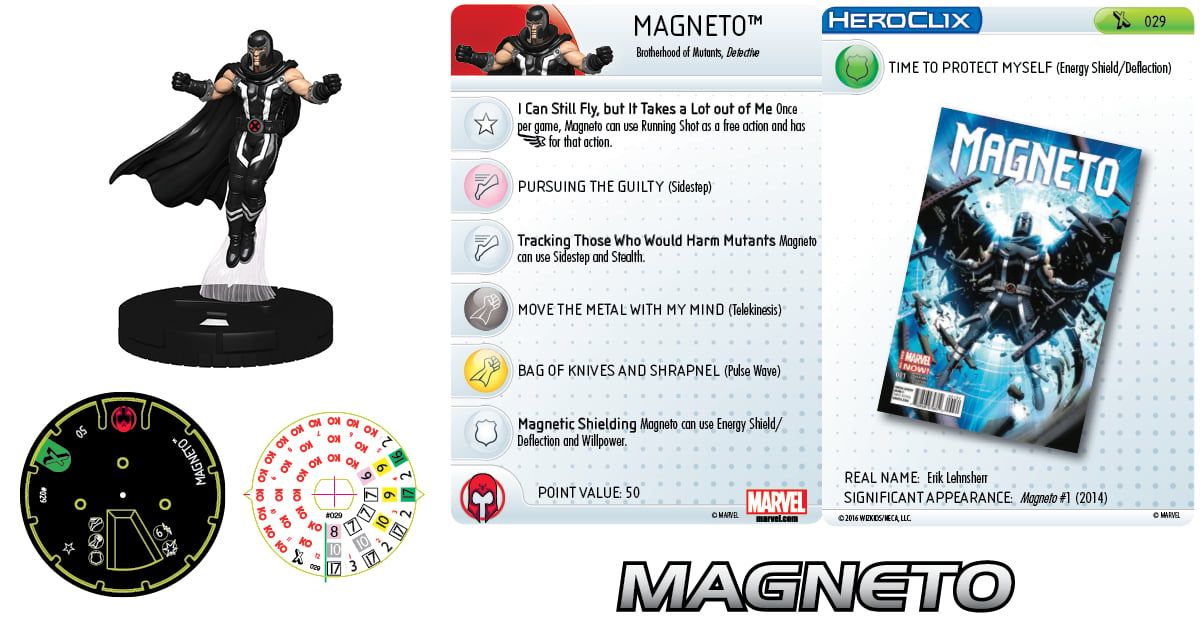 Here’s the basics on Magneto: (translated from Spanish)

With the feature I Can Still Fly, but it Takes a Lot out of Me can be used once per game shot in career free action. This gives us a very good tactical advantage because we can shoot before returning to the rear, or put us to dive into the skirmish. In addition, having the ability of flight will not have many obstacles on the board to prevent us from carrying out the attack. Curiously, this is the second Magneto HeroClix base that has the symbol of flying. The previous version was the Days of Future Past.

SideStep Magneto be used throughout the dial, although the three intermediate clicks also has Stealth. With this tactical advantage granted first to have a figure that can appear from nowhere and a surprise. Hidden then use his special ability and attack with Pulse Wave attack can be a very interesting support wait. And we say support because Magneto does not have a very high value damage.

Magneto offensive options are based on the wave pulses. The first two clicks are supported with the use of telekinesis. If we seek a figure that send our allies to the first line it may not be worth the least points, 50 points Magneto but offers much more than a simple positioning advantage.

Magneto defense is reinforced at all times thanks to Energy Shield / Deflection, and in the first three clicks also has Willpower, that an action token not afraid: the Lord of Magnetism.”

We have no word on the timing of the Marvel Heroclix:Uncanny X-men series as of now, but if it’s being teased, it won’t be long.