Come see what new Horus Heresy goodies may be on the way from Forge World THIS week! 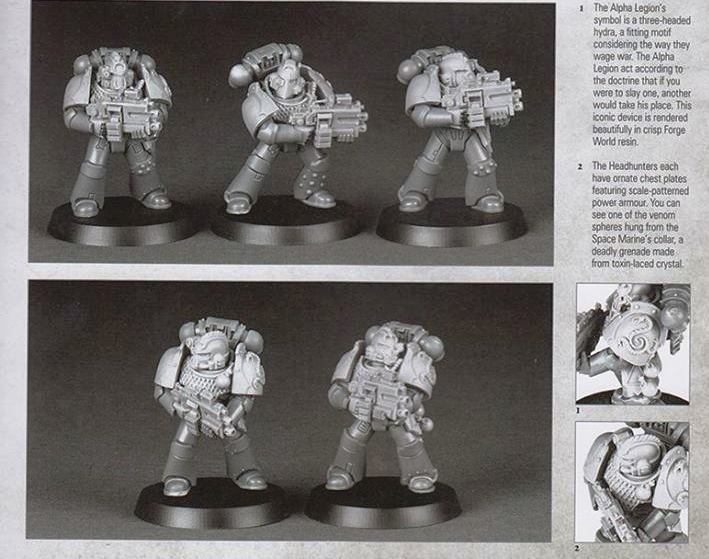 Headhunters were specialized Alpha Legion infantry during the Great Crusade and Horus Heresy. Seeking a further refinement of the Seeker concept, the Alpha Legion formed Kill Teams of skilled infiltrators who specialized in creating conditions of all-consuming chaos among the enemy’s ranks. They sowed confusion by eliminating key officers, striking key positions, and sabotaging key assets. Had their activities been known by the Galaxy at large, they would have been greatly feared.

As the most skilled infiltrators and assassins in the Legion, Headhunters had access to the most advanced wargear the Alpha Legion could provide. This included specialized ammunition designed specifically to penetrate Power Armour – Via Lexicanum

So looks like another exciting Forge World release is on the way for the Heresy this week, according to White Dwarf #105.

Who’s side are your Alpha Legionnaires on?