It’s time to strike from the Shadows! Come see the new Forge World releases for the Raven Guard Primarch Corvus Corax, and his most elite troops: the Dark Furies! 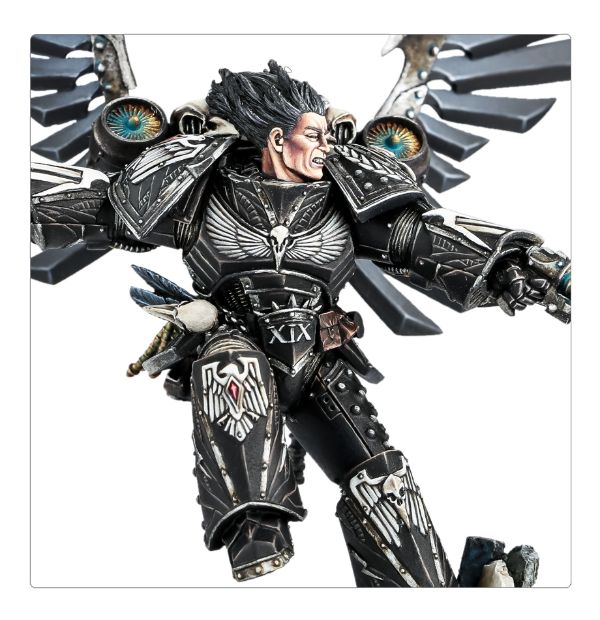 The master of stealth and rapid strikes, Corvus Corax wields the XII Legion with precision and guile. The Primarch of the Raven Guard presents a striking countenance with his alabaster skin and stark, black eyes. His sable armour is edged with fine, golden filigree and upon his back is mounted a jet pack formed into a pair of articulated pinions that he wields as a murderous, bloody-edged cutting weapon.

Like most of the Primarchs, Corax is blessed of an extensive armoury of artificer-wrought weapons but those he most often bears to war are a pair of metre-long lightning claws and a coiled whip at his belt. Though few even amongst his sons know of it, Corax is blessed with the ability to pass unnoticed should he will it, this preternatural ability allowing him to slip from the perception of his enemies even when standing in plain view.

Corvus Corax, Primarch of the Raven Guard is part of The Horus Heresy Character Series. His panoply of weapons includes an archaeotech pistol and a pair of unique lightning claws, with a holstered archaeotech pistol and a coiled whip at his belt. His unique armour and flight pack are extensively detailed. Corax is depicted landing among battlefield ruins and his detachable scenic base features an enemy Legionnaire being executed by the Raven Lord. 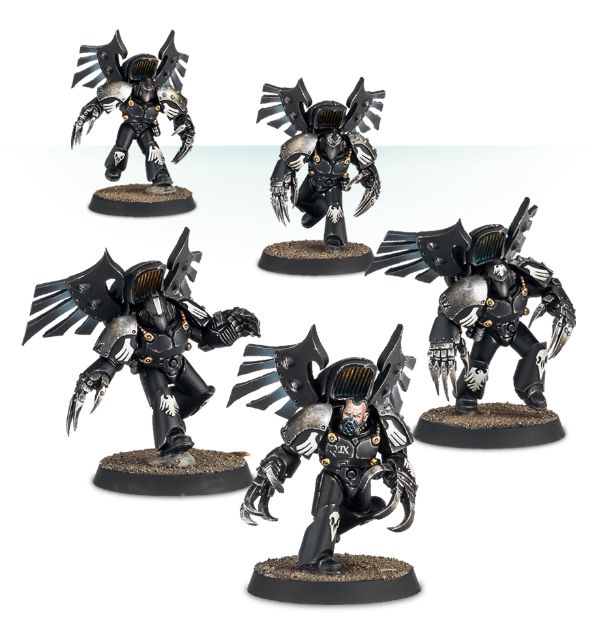 The Dark Fury Assault squads are the executioners of the Raven Guard, conducting focused decapitation strikes on enemy leaders whilst the carnage of battle rages around them. Far from subtle assassins striking unseen from the shadows, Dark Fury squads descend from great heights upon the silenced retro thrusters of their jump packs, into the very midst of their foe.

Dark Fury Assault squads are equipped with vicious lightning claws and ornate jump packs fashioned after those carried by their Primarch, Corvus Corax. The squad’s leader, the Chooser of the Slain, wields exquisite and deadly Raven’s Talons, artfully and individually crafted lighting claws.

This is a complete, multi-part resin kit that builds five models. It includes five helmeted heads plus an additional helmeted head and an unhelmeted head as options for the Chooser of the Slain. Five 32mm round bases are also included. 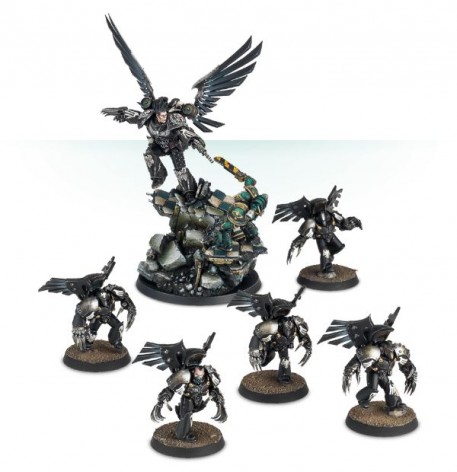 This bundle includes Corvus Corax, Primarch of the Raven Guard and one Dark Fury Assault Squad. These are complete, multi-part resin kits that will build six models in total.

The new primarch and his troops look like they can hold their own aesthetics wise with any of the other Horus Heresy releases. I can’t wait to see what else is on the way for the Age of Darkness series from Forge World.

Checkout all the new release that were spotted last weekend from Forge World as well.

In the pipe five by five. 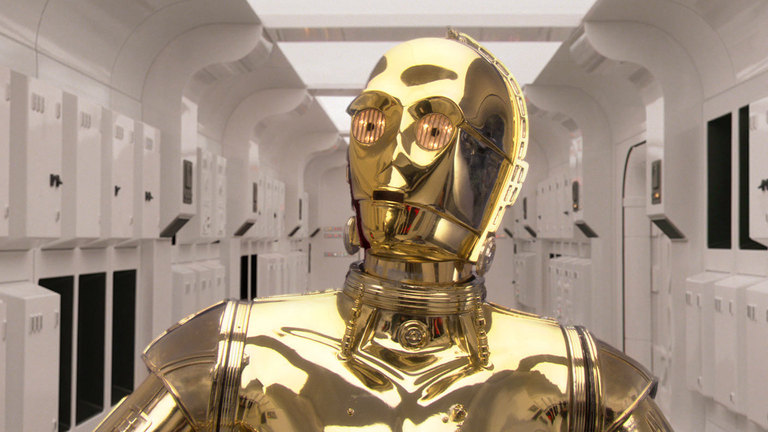