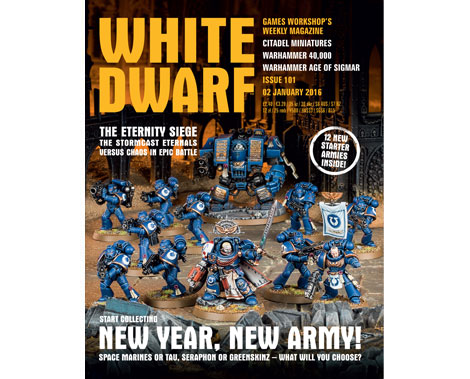 Get the first look at the new 40k army bundles for the New Year New Army Deals that are available this weekend from Games Workshop.

The day of the starter armies is upon us. This issue of White Dwarf is pretty much all eye candy and 14 pages of adverts, but hey these deals never looked so good! 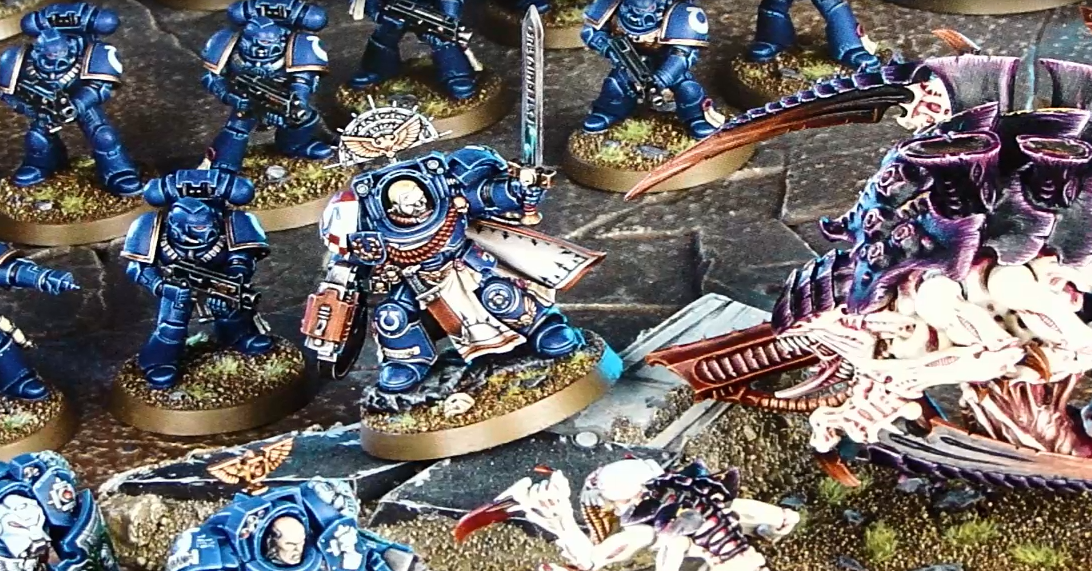 Here’s what you’ll find in the pages of issue 101:

•A look at all the new boxed sets, from Space Marines to Daemons of Khorne.
•Want to start collecting Skitarii? There’s an article all about them in this issue…
•…followed by a closer look at collecting an army of Nurgle. If you’re after some army-building inspiration, these are the articles for you.
•The Eternity Siege, a massive Warhammer Age of Sigmar battle fought over a huge Chaos Dreadhold. It’s an incredible sight to behold, featuring hundreds of miniatures (we genuinely don’t know how many, but it’s a lot).
•The stealthiest of all Tau Battlesuits makes an appearance on the back page of the magazine, along with a few tips on how it was painted.

Looks like the “exclusive” Terminator Captain is coming back for this one too. If you missed him last time he came out, don’t let him get away this time.

Author: Robert B
Robert is a veteran tabletop and miniatures gamer, and writer with over 20 years of experience. His specialtiesies are the worlds of Game's Workshop's Warhammer. He began writing for BoLS In 2010.
Advertisement
Review Tabletop News Videos Warhammer 40k White Dwarf
Advertisement 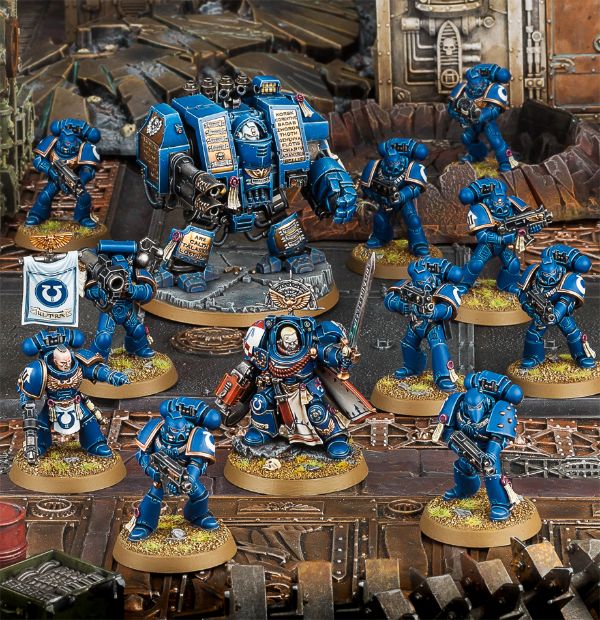