Raise Shield Pinkskin! Captain Shran and the Andorian Battle Cruiser Kumari are headed to a tabletop near you! 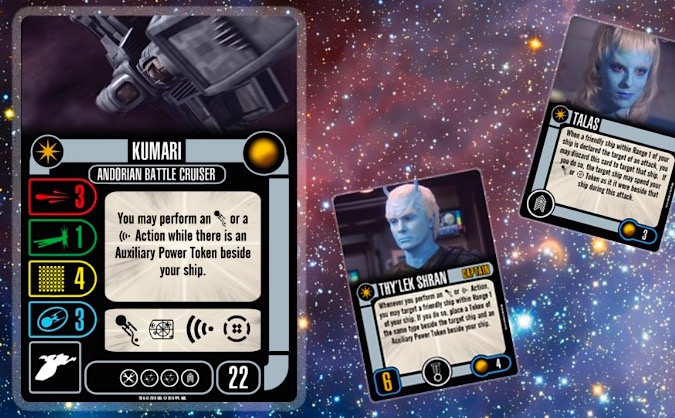 “The Kumari is an Andorian Battle Cruiser in the service of the Andorian Imperial Guard. It was named after the first ice cutter to circumnavigate Andoria and was the first starship of her class. The Kumari is capable of speeds in excess of warp 5 and was armed with Advanced Weaponry and a Tractor Beam.” She served alongside the Enterprise under Captain Archer during the Xindi incident and founding of the United Federation of Planets.

“The Kumari has one extra shield and one additional Weapon Upgrade slot compared to the generic. The named ship ability on the Kumari allows you to perform an Evade or a Scan Action while there is an Auxiliary Power Token beside your ship.

With Thy’lek Shran as the Captain of the Kumari, whenever you perform an Evade or Scan Action, you may place a Token of the same type beside a Target ship within Range 1. If you do so, also place an Auxiliary Power Token beside your ship. The Elite Talent in this pack is Diversion which states that when an opposing ship declares and attack against a friendly ship within Range 1 of your ship and you are also in the attacking ships forward arc you may discard this card to redirect the attack to your ship instead at -2 attack dice.“

The Kumari is due out in January as part of Star Trek Attack Attack Wing – Wave 22 by NECA/WizKids. 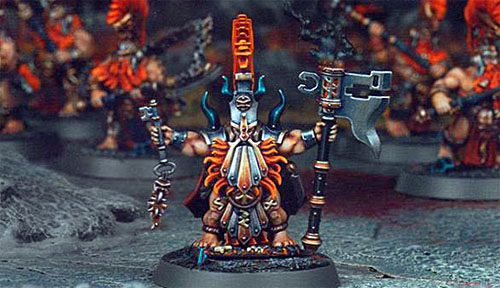