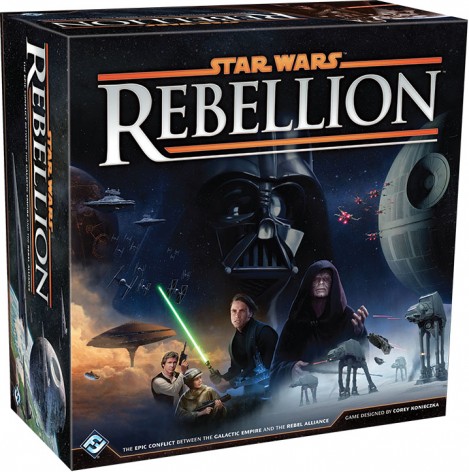 Star Wars Rebellion is about the Galactic Conflict – well lets take a look at just HOW you do Combat!

It’s Fightin’ Time! Fantasy Flight games breaks down some of the basics of combat in Star Wars: Rebellion, the upcoming game based on the Galaxy spanning battle between the Empire and the Rebel Alliance!

Every battle in Star Wars: Rebellion features two theaters—space and ground—and combat only initiates when both sides have units in the same system if those units also occupy the same theater. Then, the opposing units within each theater battle each other independently of the other theater; starships only battle enemy starships, and ground units only battle enemy ground units.

If either theater is occupied by only one side, the combat within it is ended, even if the other theater is still contested. Among other things, this means it is possible win a ground battle, even as you lose your starships to the battle in space.

Immediately after combat begins, if a player does not have a leader with tactic values in the system, that player may take one leader from the leader pool and place it in the system. 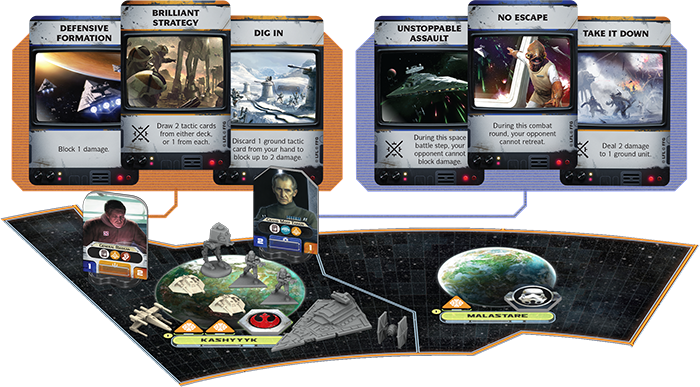 After you and your opponent have drawn your tactic cards, which you draw only once per combat, you then enter a series of combat steps that repeat until one side either retreats or completely destroys all enemy units.

First, you resolve the space battle. The active player creates a pool of dice and rolls them. To create your pool of dice, you consult your faction sheet and add the appropriate number and color of dice for each of your units, adding them all together. 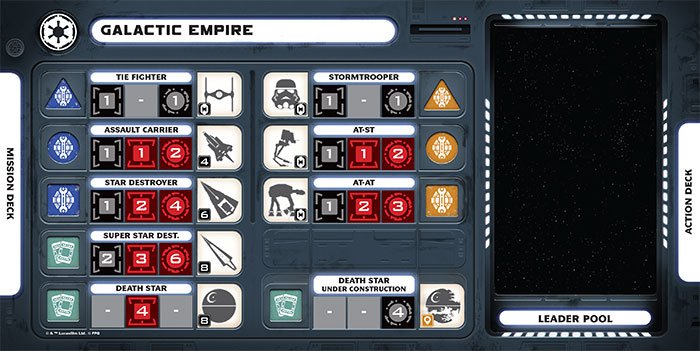 After rolling dice, the active player has a chance to take combat actions. These include playing a tactic card or spending a

result from the dice pool to draw a tactic card.  Each

counts as one damage that you can assign against a unit with a health value of the matching color. 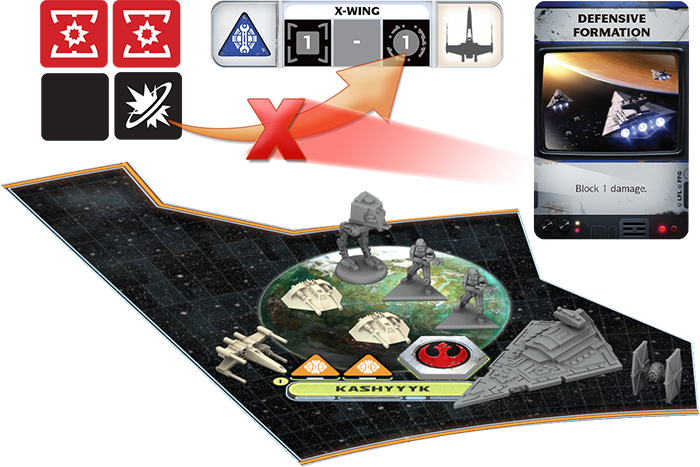 counts as one point of damage that you can assign against any unit, regardless of the color of its health value. In this way, you find that capital ships have an easier time attacking other capital ships, while starfighters have an easier time penetrating the shields and hulls of opposing starfighters. Each unit is capable of attacking other foes, but not as efficient as when it can apply its damage toward the type of foe it was meant to combat. 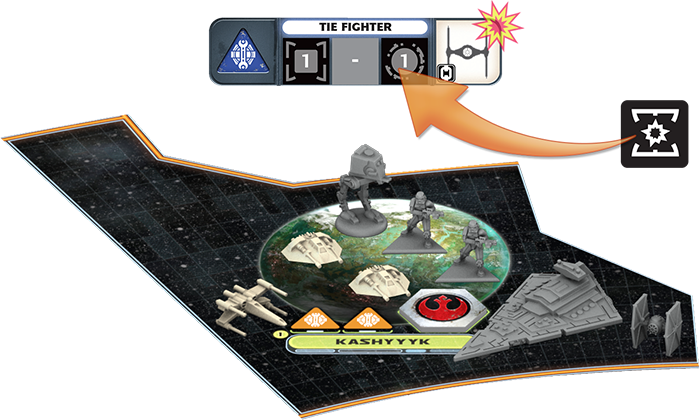 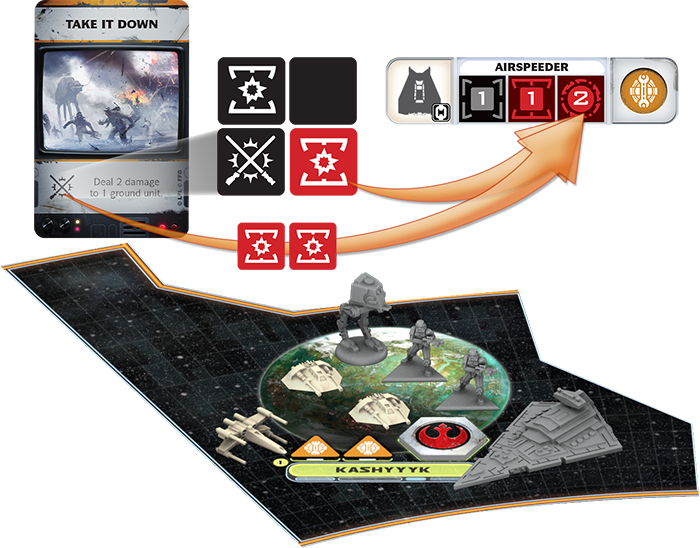 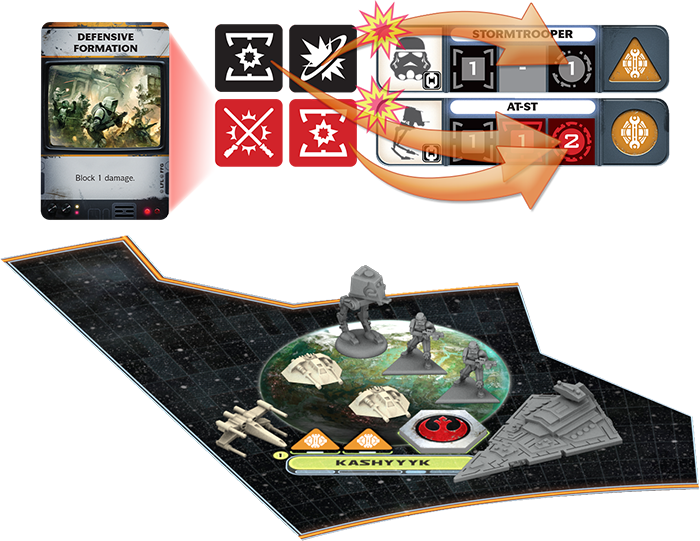 …But the Rebel Player was able to counter with a different Tactic Card and the pair of Speeders were able to cripple the Imperial attack.

After both the space and ground combat steps have resolved, the players can decide whether or not they would like to retreat.

To retreat from combat, a player moves his leader and all of his units from that system to an adjacent system, following normal movement and transport rules. If you do not have a leader in the system, you cannot retreat. If you do not have a way transport your ground troops, they cannot retreat. Furthermore, if you are able to do so, you must retreat to a system that either contains some of your units or has one of your loyalty markers. You cannot retreat units to a system that contains your opponent’s units nor to a system from which your opponent moved units to initiate the combat.

There is a TON more info on the rest of the Combat Phase and how you can use it to really re-shape the galactic conflict to your favor. Go read the FULL ARTICLE get prepared to engage in the EPIC battle for control of the galaxy!