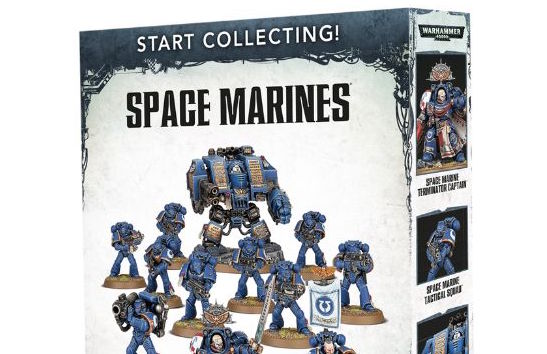 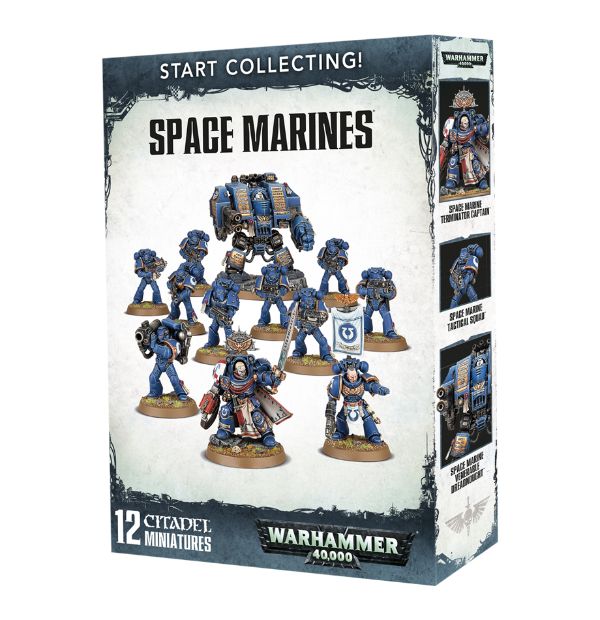 The Tabletop Spotlight is on the New Start Collecting Boxes from Games Workshop – Check these out!

Hello BoLS Readers! When our friends from Dragon’s Lair Comics & Fantasy showed up at the BoLS HQ with a pair of the New “Start Collecting” Boxes from Games Workshop I knew we were in for a treat! We wrote about these awesome boxes when they went on pre-order and now we had the camera ready to take a look at exactly what you’re getting in the box. I was pleasantly surprised!

Robbie and I took a quick look inside the Space Marine Box and it was everything Games Workshop promised: A Ready-to-Play starter army with all the rules (i.e. points and formation sheet) you need to get started. At an $85 price point – these things are very competitive with all the other offerings out there. Let’s be honest: GW doesn’t have the best track record when it comes to offering discounts or having armies ready to play with just a single box. Sure, they have had the starter boxes in the past – but those typically had two different armies and you’d want to go in on it with a buddy. These boxes are specifically designed with a single, playable army in mind. And it’s about time!

These boxes are a great value to new players but they don’t leave veteran players out in the cold. Because these boxes are basically a single CAD you could easily add ANY of them to an existing force as allies or expanding you current army. As a ‘Nid player I was really tempted to pick up the Tyranid box just for the extra formation rules (and because it’s a sweet deal – I always want more Warriors and the Hive Tyrant Kit is awesome, the gargoyles are just icing on top) – but now I could even pick-up the Ad Mech starter and get that ball rolling! 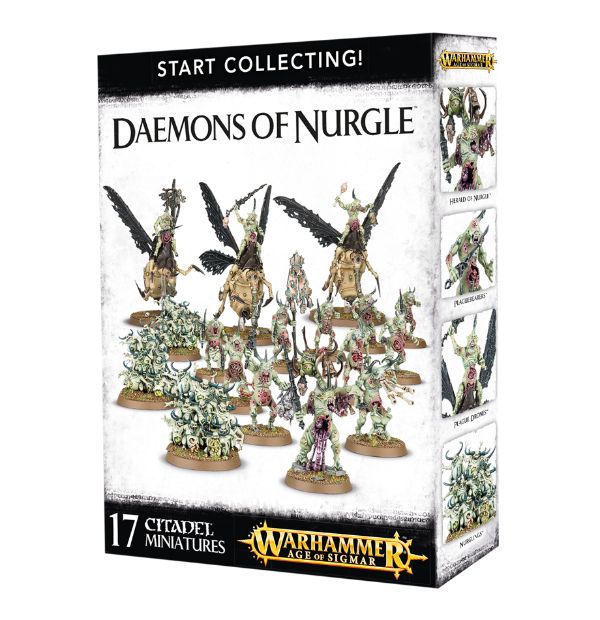 I think the best value, overall, goes to the Demon armies. Why? Because for $85 you get an army for Age of Sigmar AND you get a 40K army, too. The rules might not be included for 40k but that’s just a demons codex away! This may just be the best selling point that the demons have going for them from a “value” stand point. Now that everything is on round bases you can build one army and play in both systems. No matter how you feel about AoS, at least you have an army for two game systems vs just one – that’s like double the value right there! 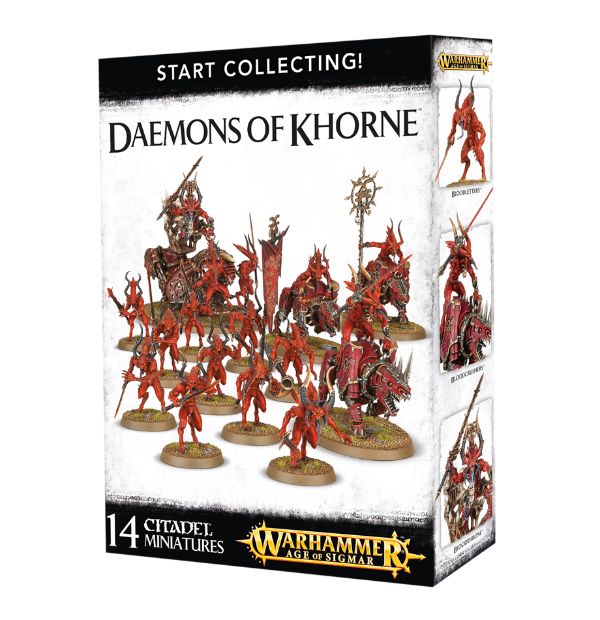 Author: Adam Harrison
Writer, Editor, Texas Native, and Austinite for 15+ years, Adam covers all things Tabletop Gaming. Which includes Warhammer 40,000, Age of Sigmar, D&D, Board Games and everything else that involves dice, boards, cards and a table. A hobbyist, player, and collector of miniatures and games, Adam's current obsession are his Death Armies for Age of Sigmar, his Blood Angels and Tyranids for 40k, and his ever growing Arkham Horror: The Card Game Collection.
Advertisement
Age of Sigmar Games Workshop Tabletop Spotlight Unboxing Videos Warhammer 40k
Advertisement 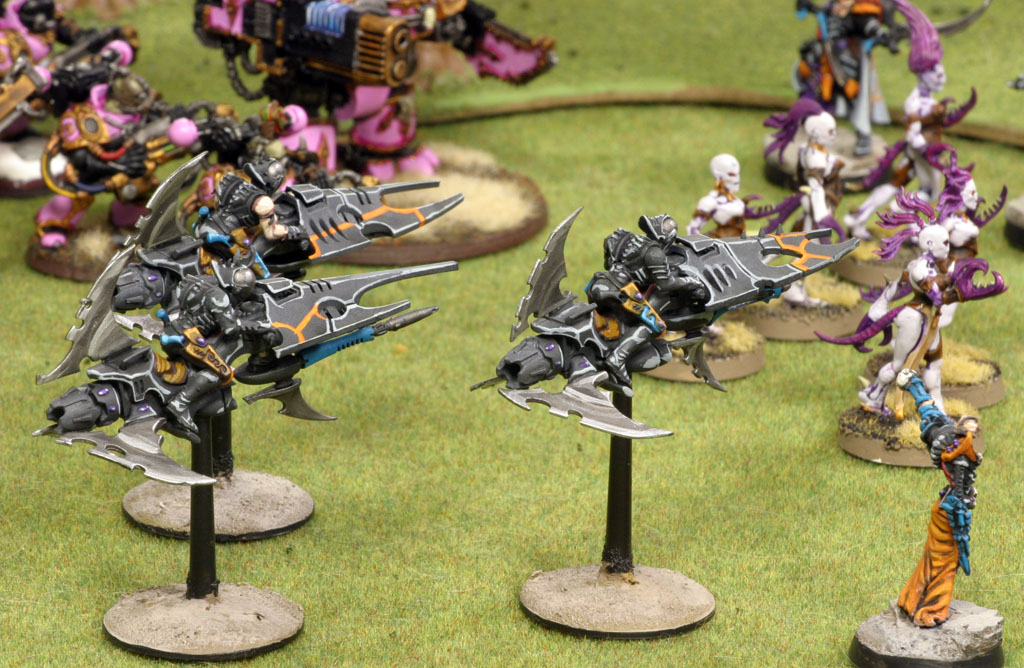