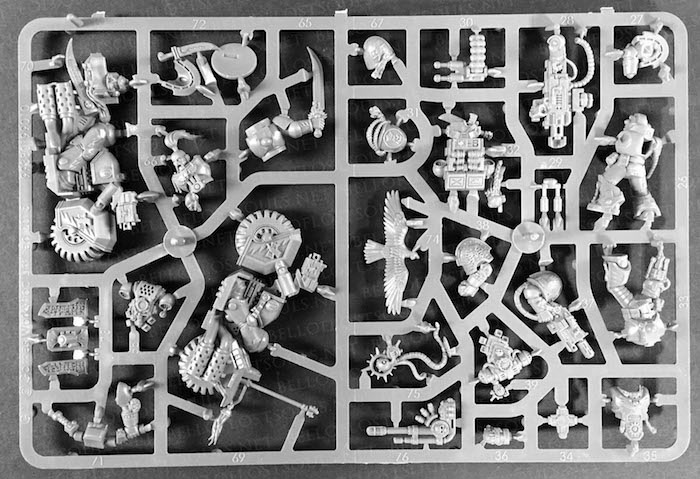 Deathwatch: Overkill is here! Today we look at assembly and sprues of each member of the mighty Deathwatch Killteam.

Today we wade into the deathwatch minis themselves and their assembly.  Let’s get started!

Special note: These are all high resolution images, click to see all the details.

First off, we shall take a look at the Deathwatch assembly instructions.  These minis are dripping in detail and each one would make a fantastic HQ in a marine army.  The fit and finish of the models is superb and they fit together like glove with the assembly seams well hidden once glued.  Top notch work from GW as usual. 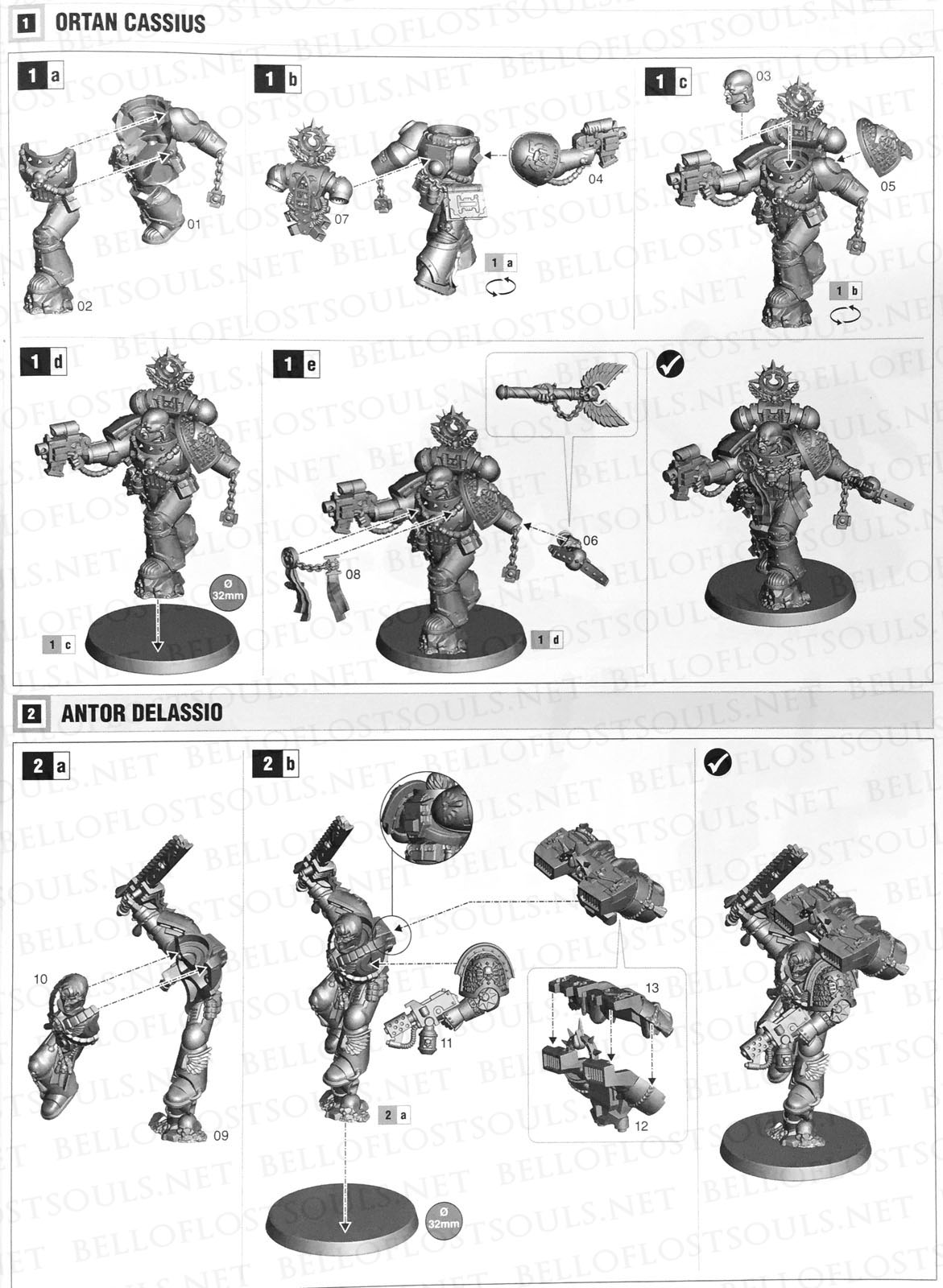 Chaplain Cassius and the Blood angel’s Antor Delassio are up first. 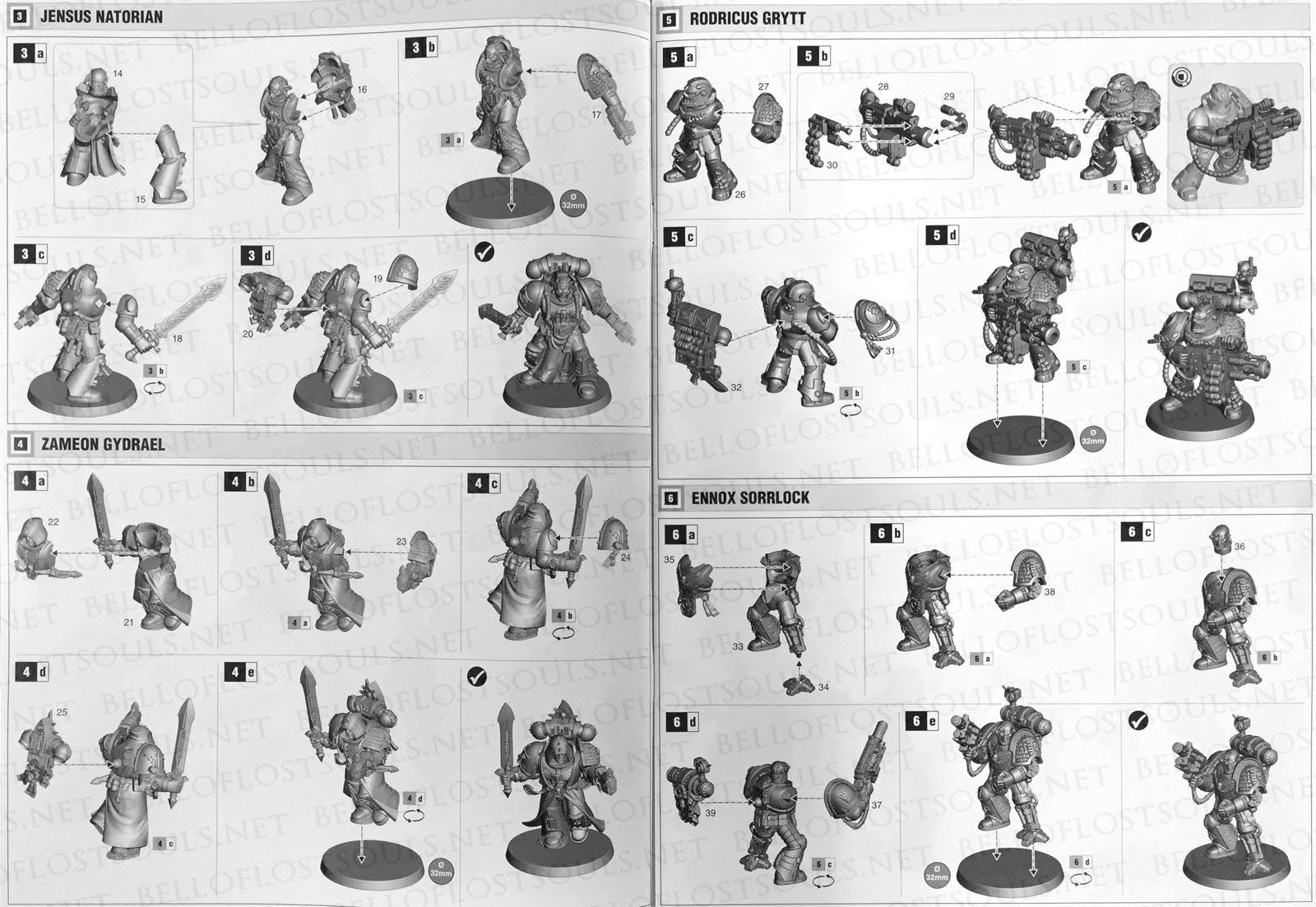 Next up is Blood Ravens, Dark Angels Imperial Fists, and Iron Hands 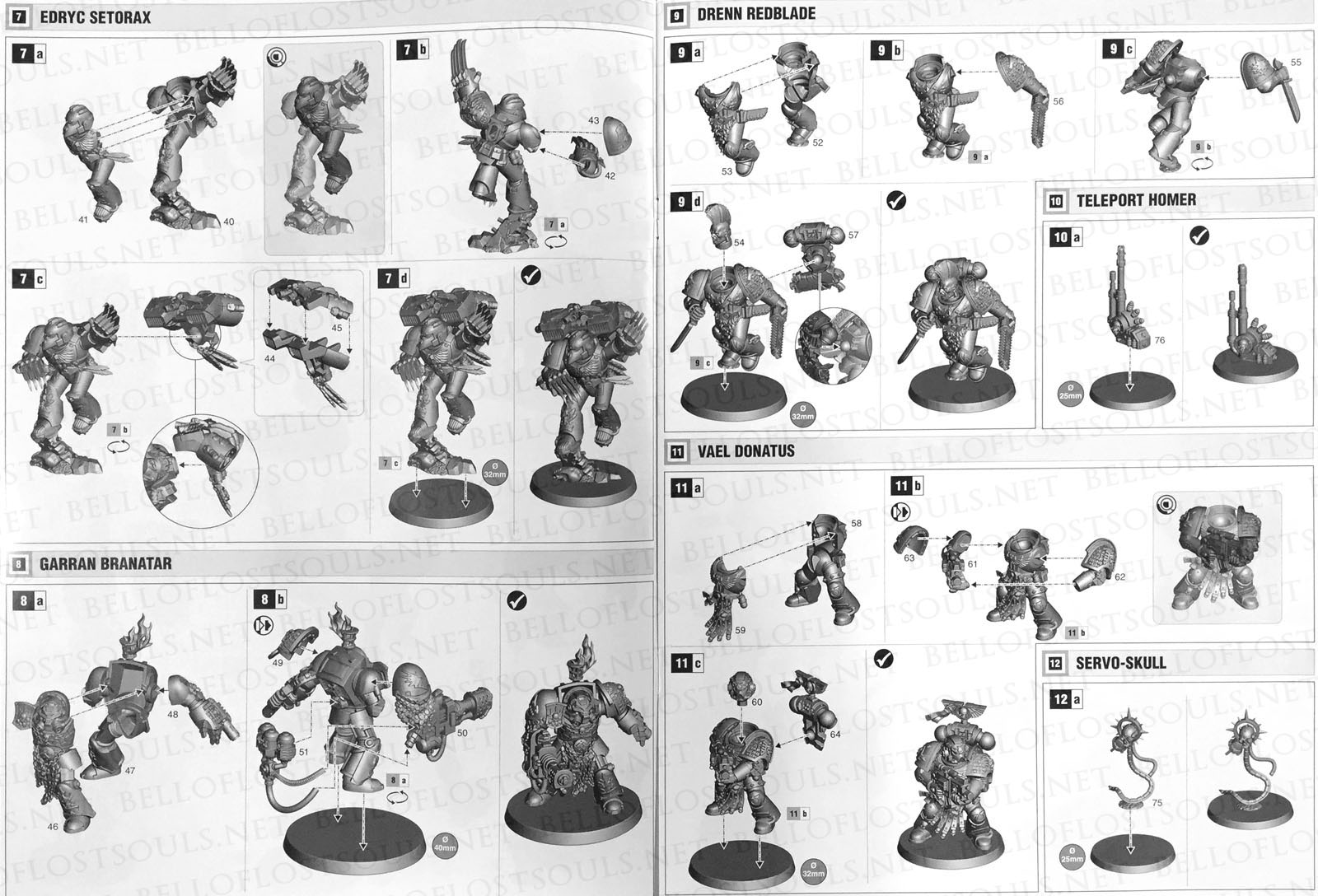 Raven Guard, Salamanders (in termy armor!), Space Wolves and Ultramarines up next. 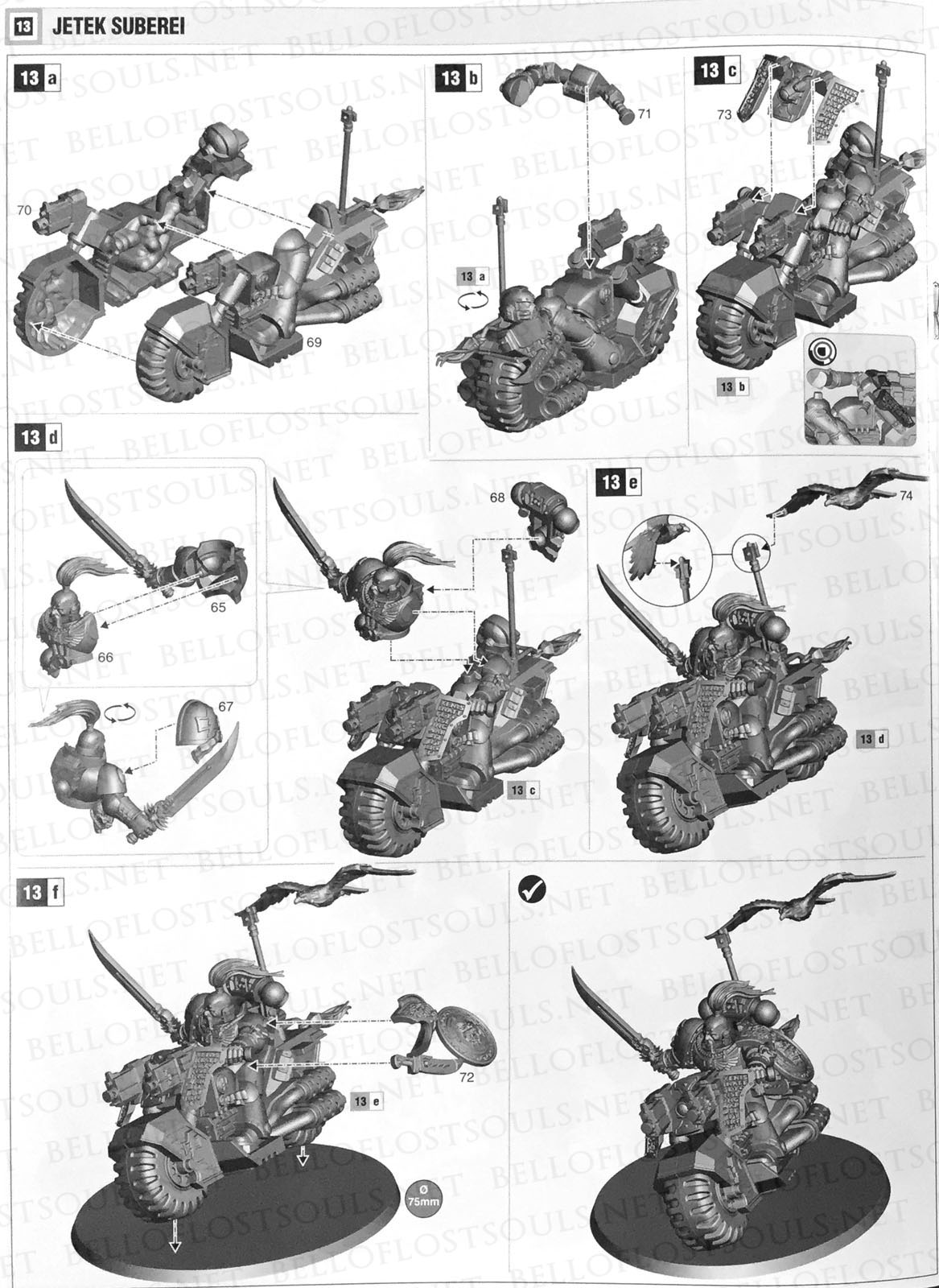 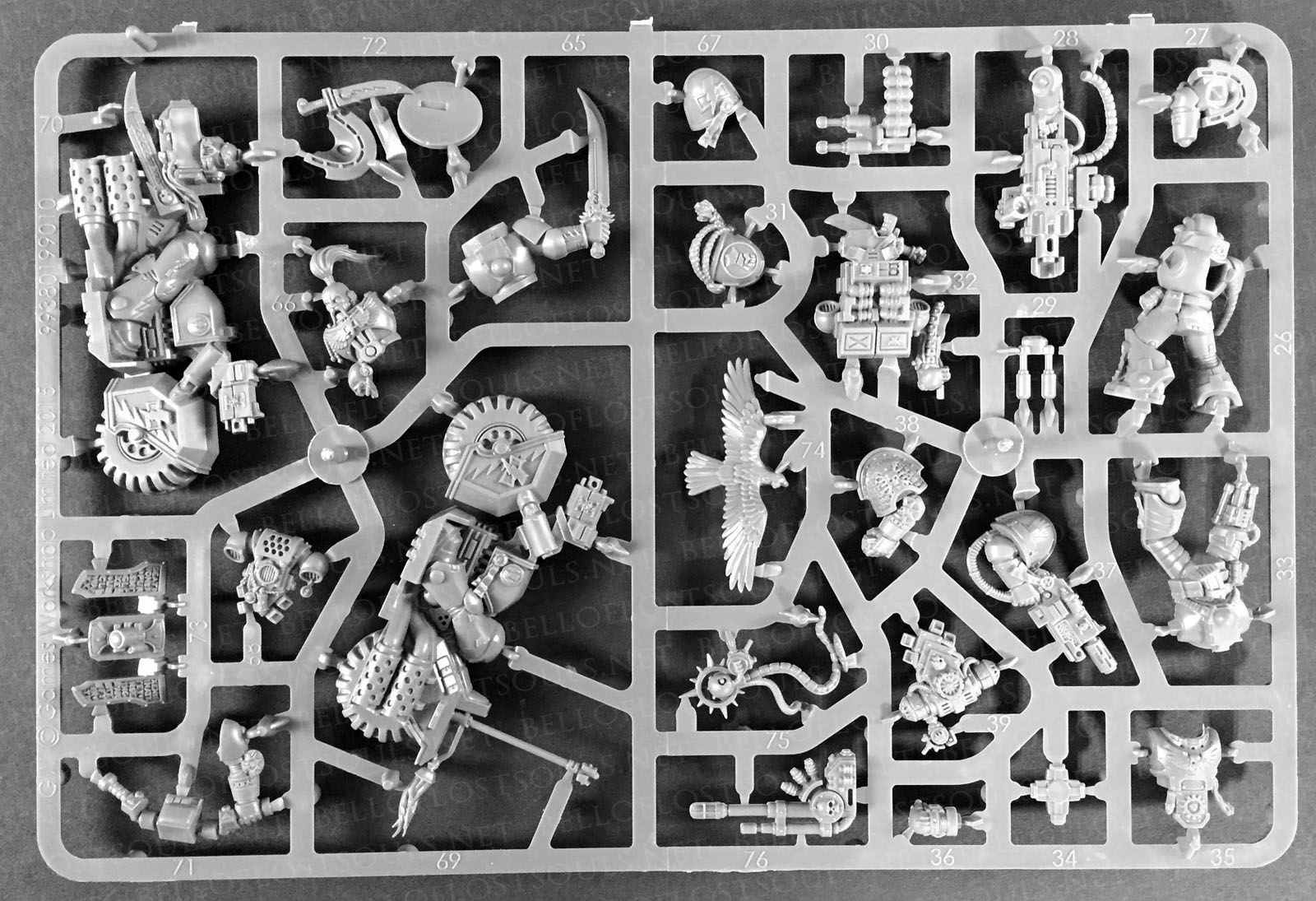 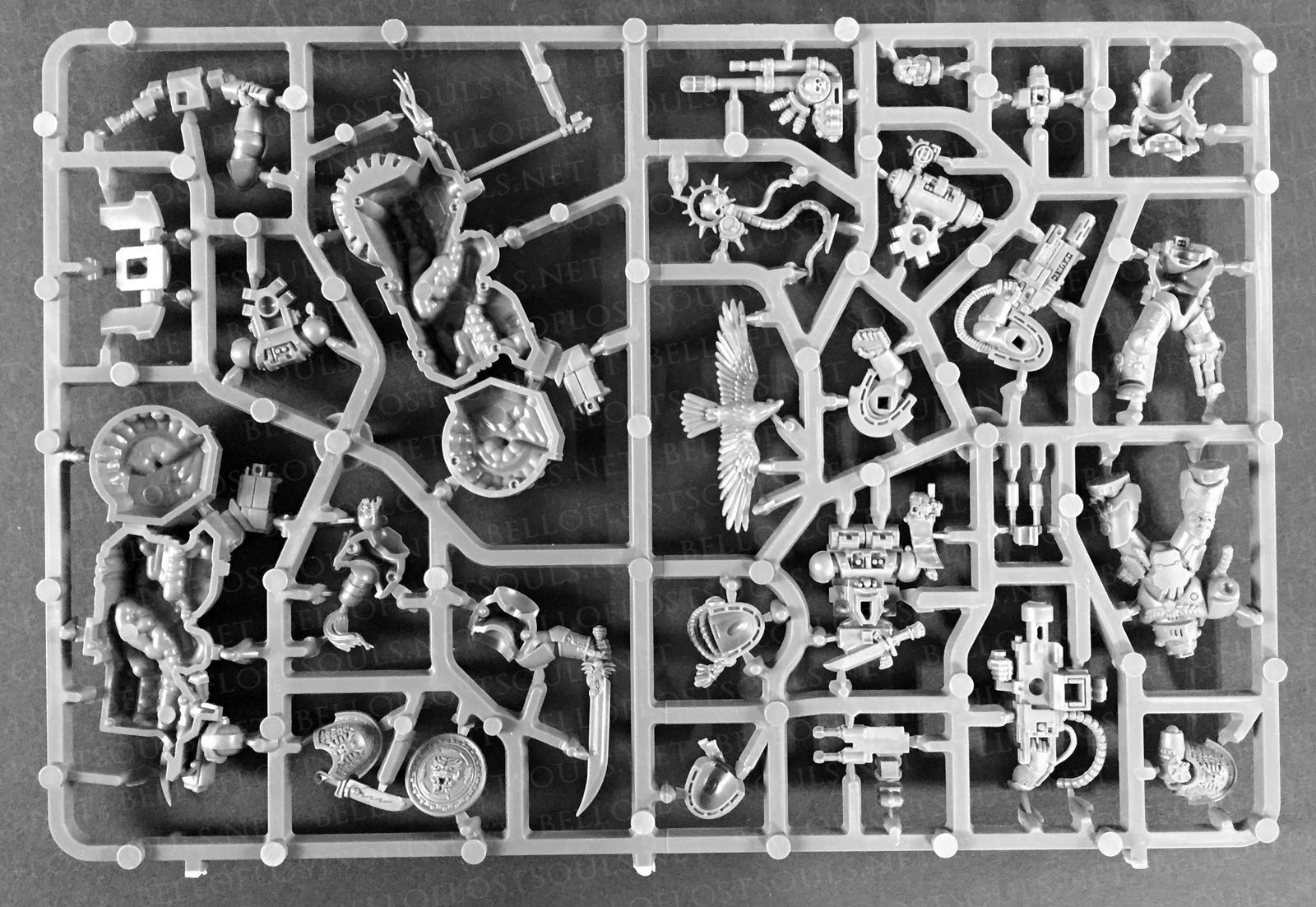 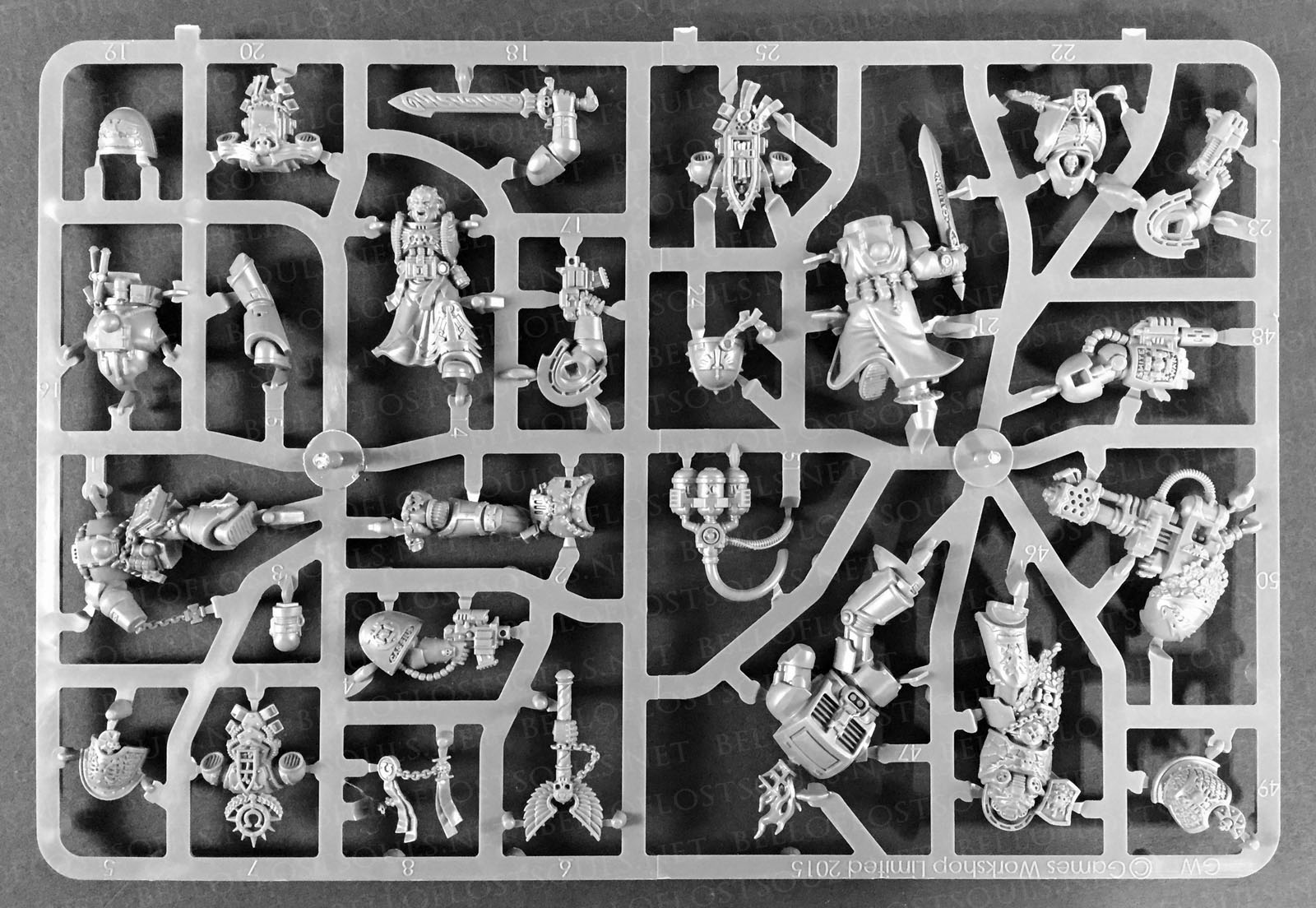 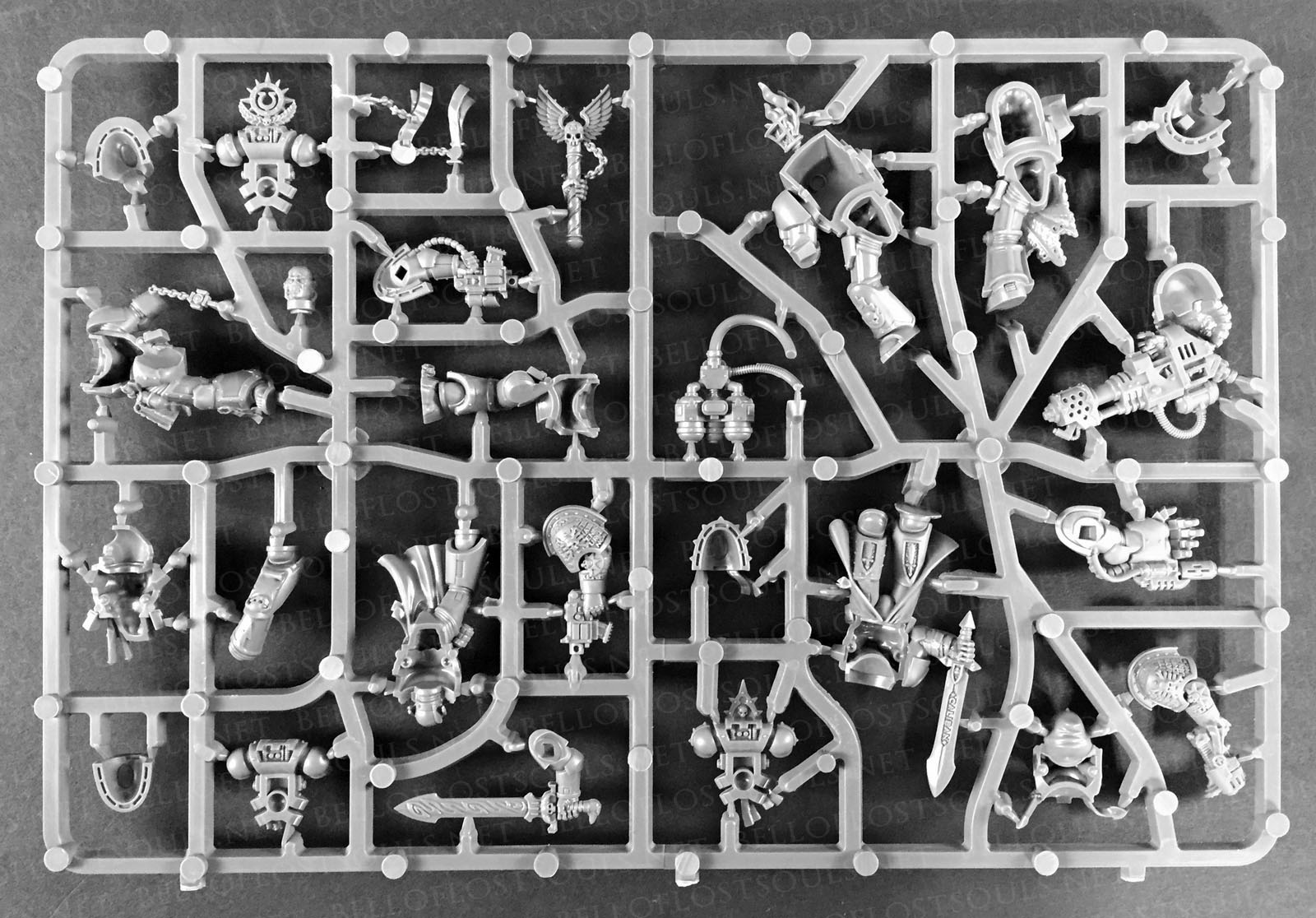 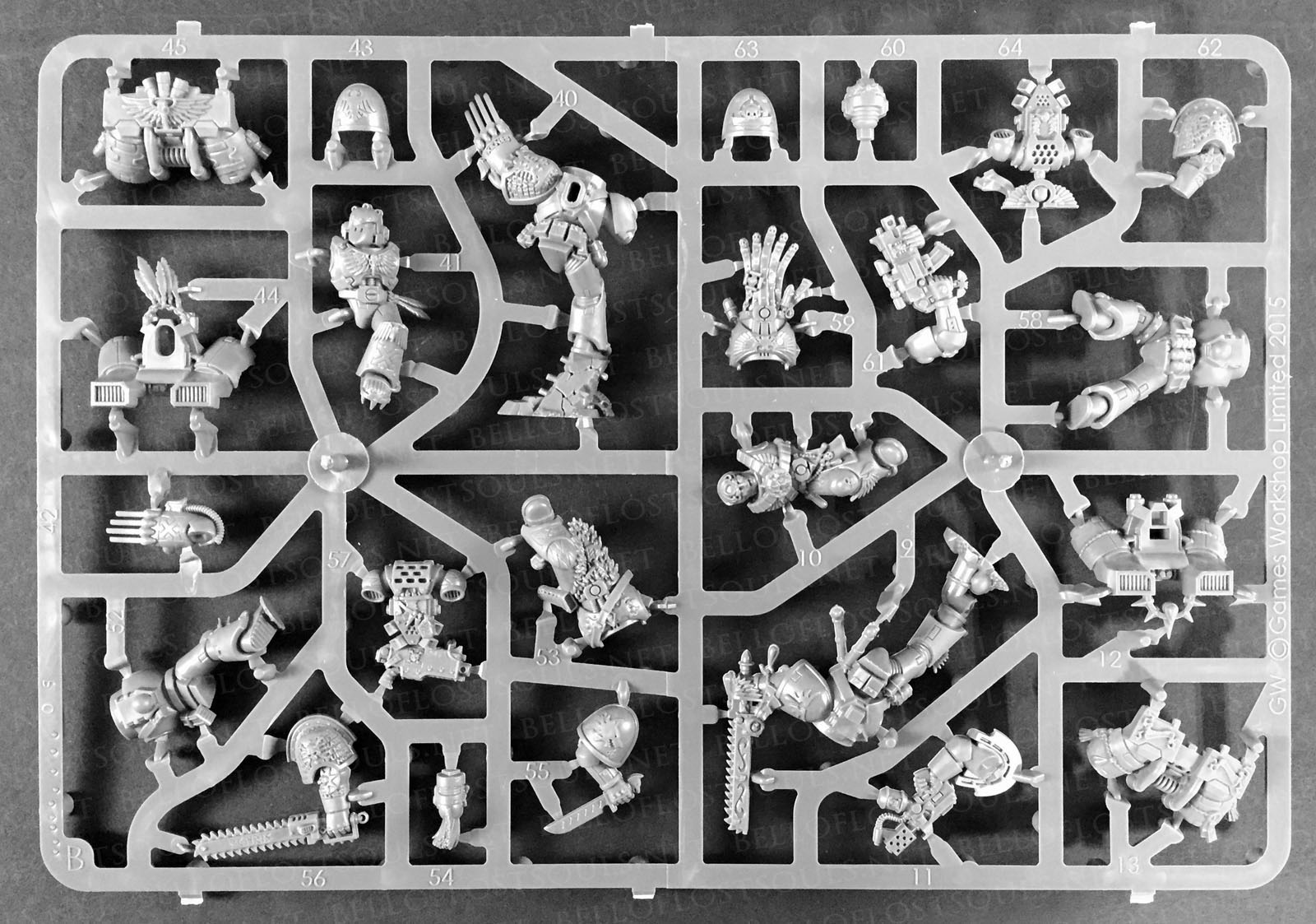 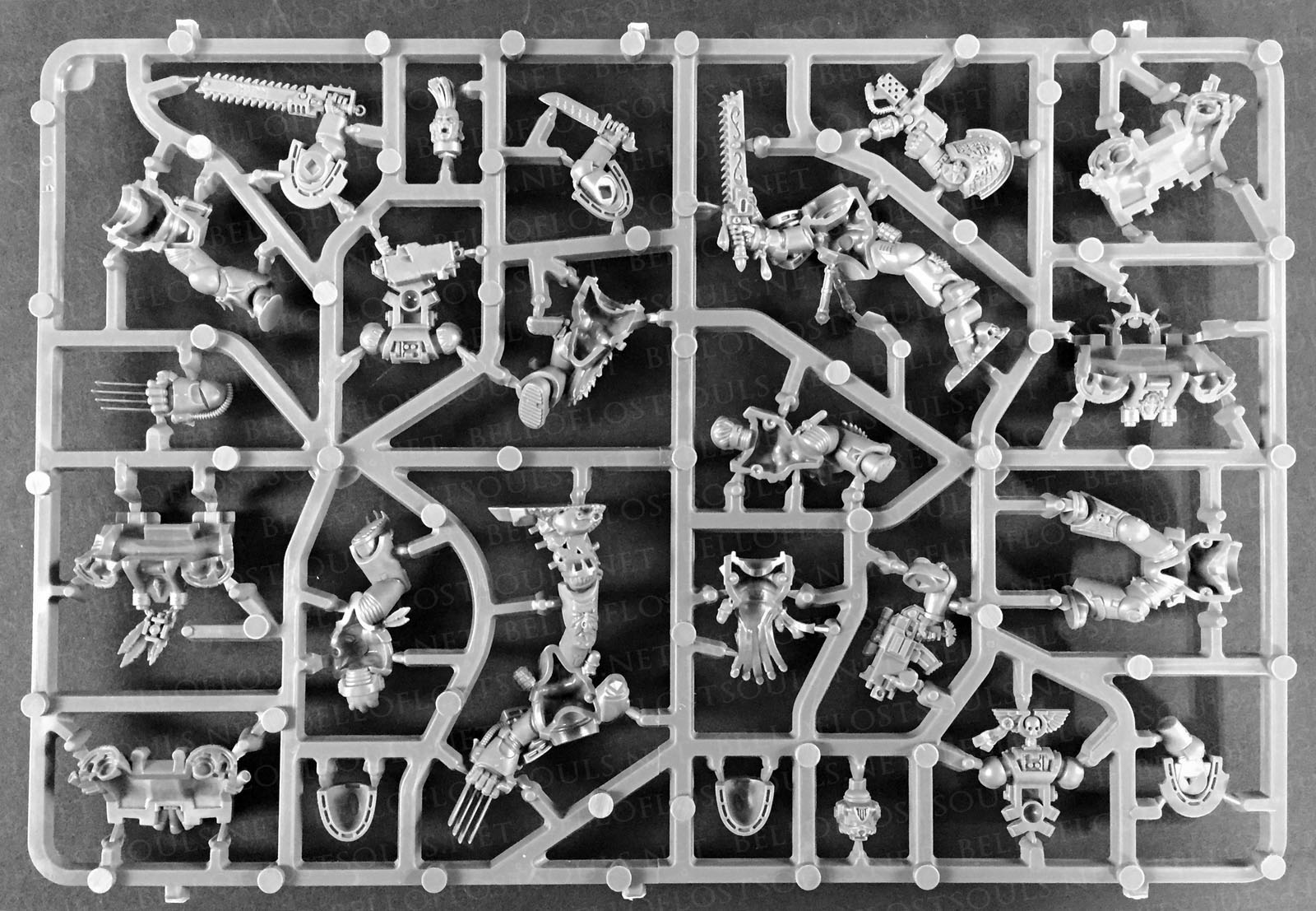 Sprue 3 rounds it out with the two jump pack users from the Blood Angels and Raven Guard, Ultramarine sharpshooter Donatus and the hot-headed Redblade of the Space Wolves. 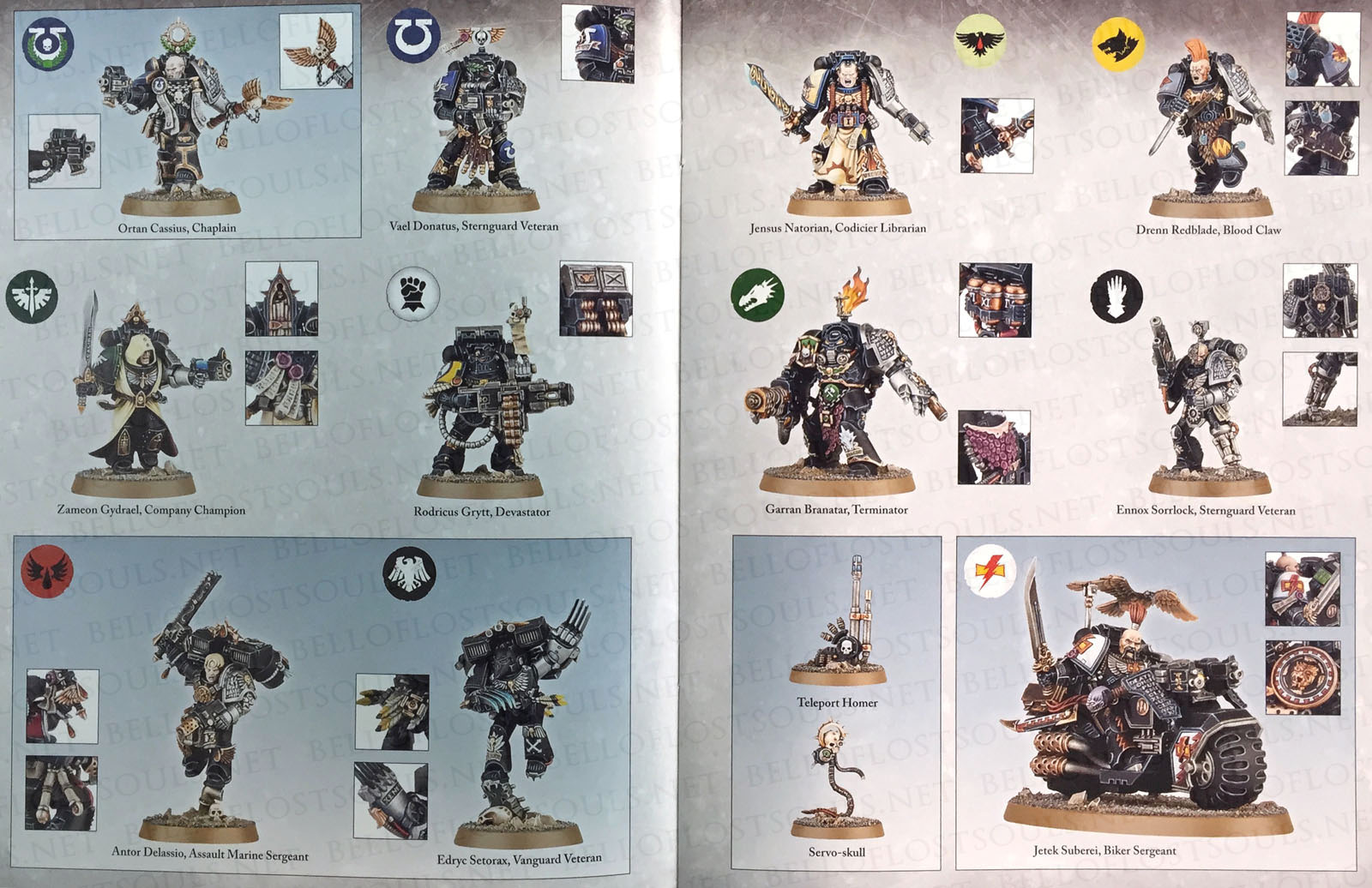 And let’s wrap up this tour up with a quick look at the ‘Eavy Metal team’s paintjobs of these fine heroes.

Here is a quick rundown of the 11 members:

~Check back in all week. Next time, the Genestealer Cult!