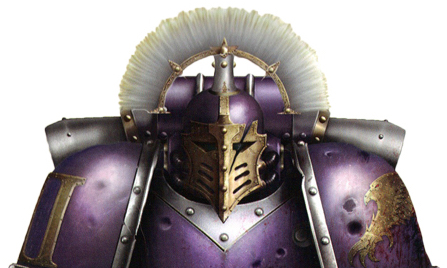 Get ready Loyalists and Heretics, the 18 Legions have three new Consuls hitting the tabletop with the latest Forge World book.

Book VI is shipping and look at just some of the gems within. We get three new guys in Retribution:

This is the really new Consul, an emissary send one of the warring factions.  Each of these holds a great banner granting powers to allies within 12″.  I really like the sinister nature of the Blackshield’s “Dark Banner”.  I like that one – very fitting. 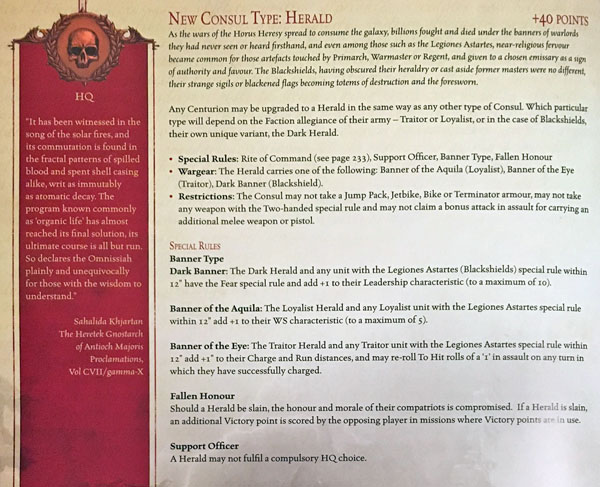 An interesting choice that shifts Legion Veterans from Elites to Troops and makes them mandatory for your compulsory FOC slots. He also grants bonus victory point at the battle’s end – if he lives. 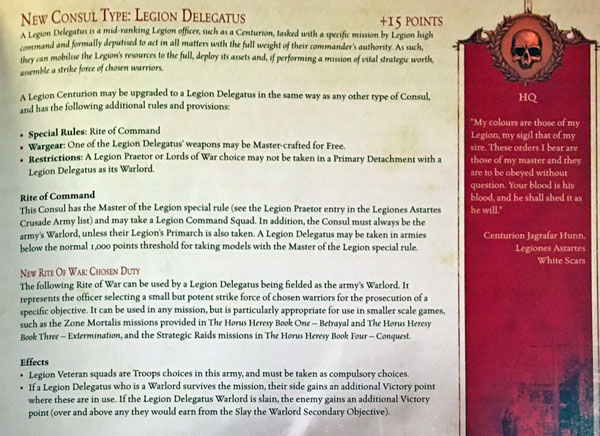 This may be my favorite. Almost a “Robot Chaplain”, Preavians form a unit with Castellax or Vorax battle automata. Their special “modifications” of their charges mean the robots count as part of thier adopted Legion instead of Mechanicum models, granting them all manner of interesting Legion traits – not normally usable by robots.  the mere concept of Raven Guard “special ops” or Night Lords “dirty fighters” robots is just plain AWESOME! 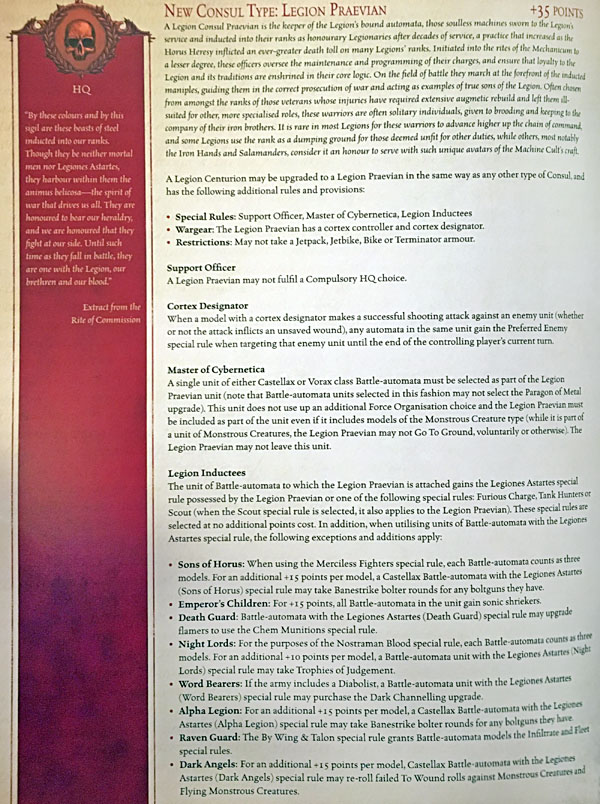 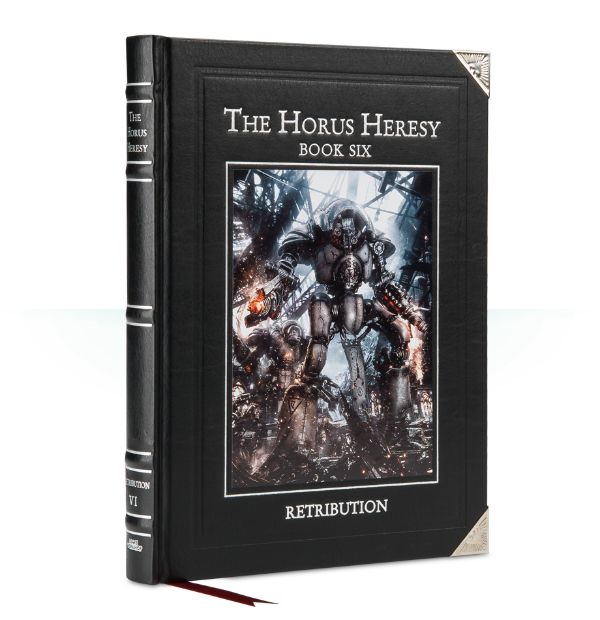 This book explores the unseen Shadow Wars that raged across the entire galaxy as betrayed Legiones Astartes mounted bitter campaigns against their former brothers, determined that if death was to be their fate, their betrayers would share it. This tale is told across five chapters, describing five very different Shadow Wars of the Age of Darkness. Also included are a detailed campaign system and a set of special Shadow Wars missions, enabling players to undertake their own series of linked battles fought between the types of forces explored throughout the book.

~Sign me up for a Night Lords Praevian leading some Castellax. Now I need to model them with giant shivs.