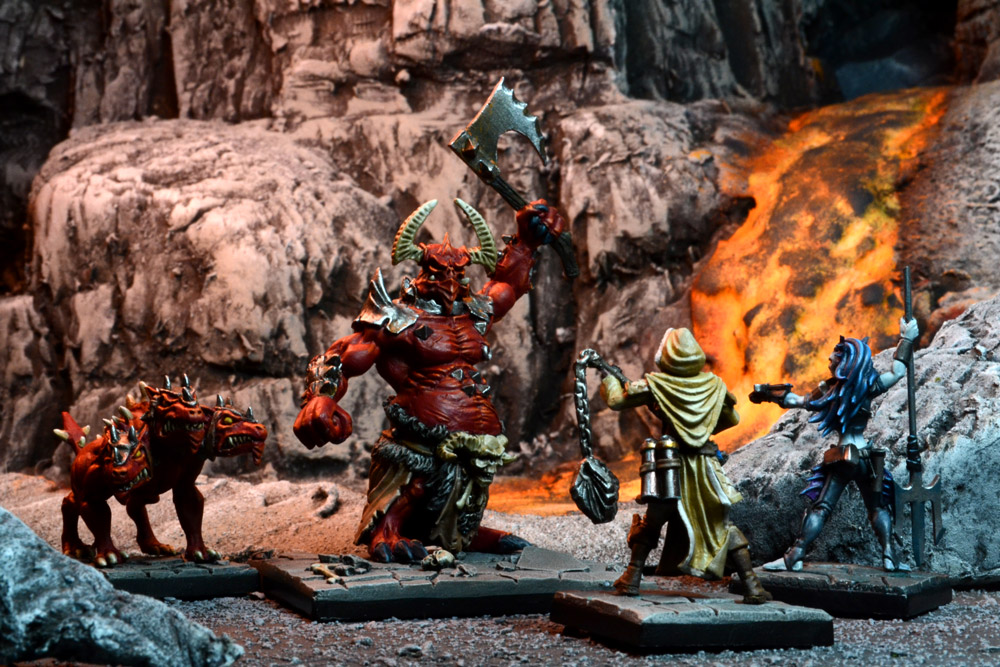 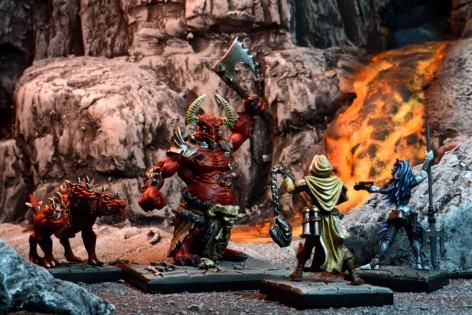 Mantic Games shows off more Forces of the Abyss with a look at the Cream of the Crop. Come see the new Succubi and Molochs!

You don’t get to rule in the Abyss by being a mere foot solider. You’ve got to go deeper and sometimes that means getting your hands dirty. These next fiends aren’t afraid to do just that…

Impossibly vast, the circles of the Abyss are home to many worse creatures than the foot soldiers they employ. Within the Third circle dwell the beguiling Succubi. These demonic temptresses are the embodiment of mortals’ basest desires, both beautiful and terrible. They like to lure and play with their victims, treasuring lust and torment in equal measure. The powerful Chroneas who share their realm manipulate time itself to prolong their captive’s suffering for all eternity. The Succubi are new multi-part plastic models. The sprue contains a huge variety of vicious weapons. Each comes in a pair, although you can mix and match between these as much as you like, as all arms can be used with all bodies. There’s even a set of ships and an which is beckoning new victims – a nice touch! As with the Lower Abyssals, there are components to build a standard bearer and musician and a pair of imps which you can add to swarms.

On the tabletop, Succubi are fast and deadly. They have a high speed stat and a lot of attacks, as well as really good skill in melee. Their drawback is having low defence – those skimpy clothes don’t protect much! To make up for this, their beguiling nature is represented by the Ensnare and Stealthy rules – these make it hard for the foe to land blows. With all of these benefits, they are costly, but you won’t regret fielding a unit of them! 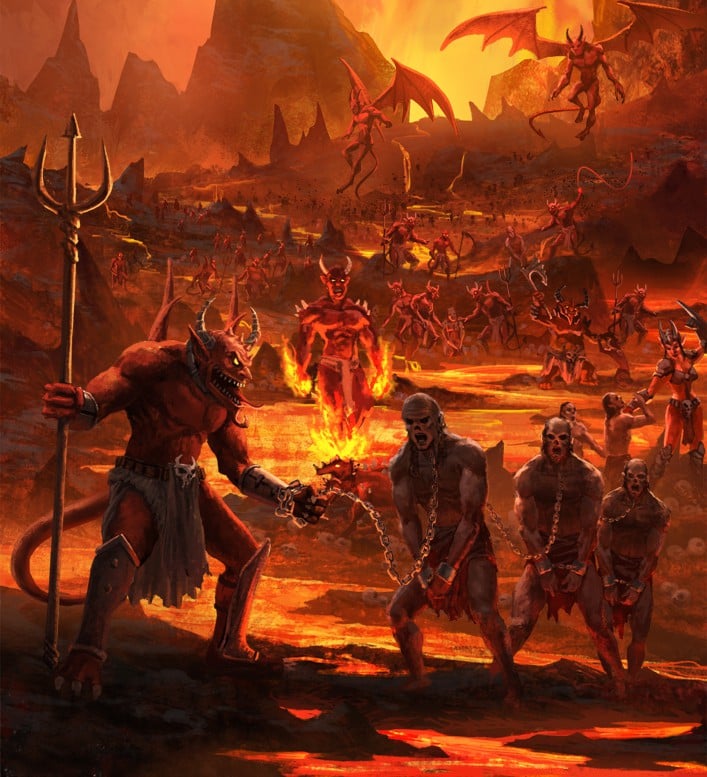 The sixth circle is the second deepest realm of the Abyss and has never been seen by mortal eyes. This is the realm of the brutal Molochs and the dread Archfiends. Second only to the wicked ones themselves, these being act as enforcers for the infernal hordes, while the Fiends lead them into battle.

The Molochs are a multi-part metal kit. Each set contains three ogre-sized models, with a selection of weapons and heads to arm them with. These are all equally huge in scale, some of them measuring twice the height of a Lower Abyssal. The models are covered in detail from tortured flesh, to spiked armour and skulls. The Abyssal Mega Army contains six of these brutes with component to add a standard bearer and musician, too. There’s no question about it, the Molochs are the hard hitters of the Forces of the Abyss. A single regiment has 12 attacks with Crushing Strength (2) – that’ll unhorse most heavy cavalry and take care of heavily armoured troops. They have slightly higher nerve than normal, they will be tough to get rid of. Add to that the Brutal and Fury rules and you have a lot of punch in one package!

Tomorrow we’ll be taking a look at the leaders of the Forces of the Abyss; the dread Champions, magical Efreet and monstrous Archfiends!

The Molochs and Succubi are available for Pre-order now and will be shipping at the end of February! Both of these units are found in the Forces of the Abyss Starter Force and Mega Force.

The post The Forces of the Abyss: Elite Troops appeared first on Mantic Blog.

There you have it! The vile temptress Succubi and the brutally harsh Molochs. The Forces of the Abyss are shaping up to be a real threat to Mantica…which side are you on?