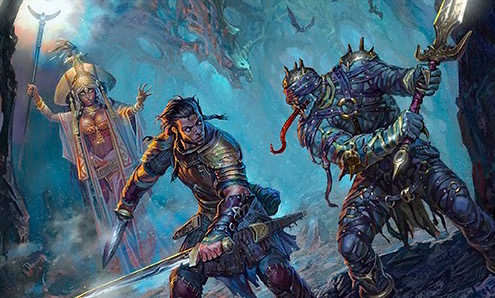 Get ready for a new Pathfinder campaign setting. Descend into the depths of adventure in Darklands Revisited. 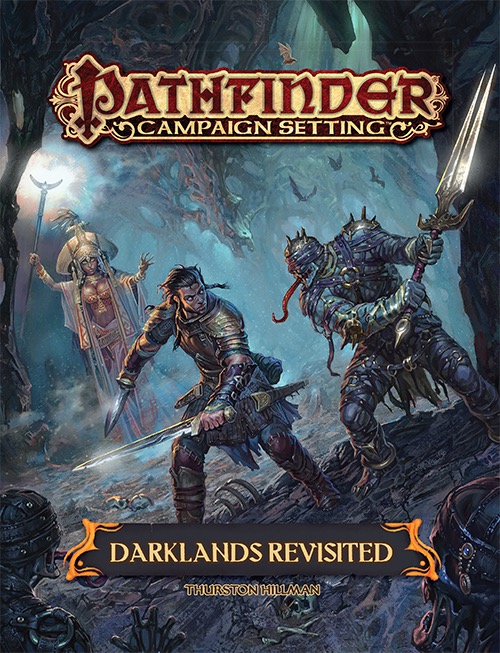 Beneath the Inner Sea region stretches a vast network of echoing caverns, serpentine tunnels, and subterranean lakes, their lightless reaches haunted by creatures too strange for most surface dwellers to imagine. This underground world is known as the Darklands, and to those brave enough to venture into its shadows, it offers incomparable treasures and mind-warping dangers. Delve into the secrets of this subterranean realm’s residents with details on their ecologies, societies, campaign roles, and more.

Pathfinder Campaign Setting: Darklands Revisited provides everything you need to hunt or befriend the denizens of the depths, including creatures such as:

Pick it up tomorrow!