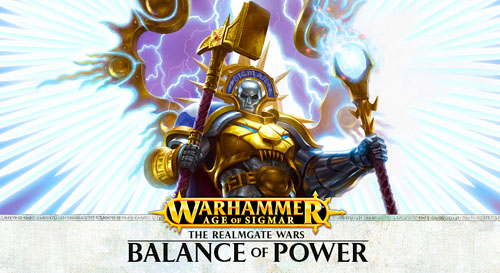 The Tabletop Spotlight is on the new Age of Sigmar Book: Balance of Power!

Hey BoLS Readers! Dragon’s Lair Comics & Fantasy brought over the latest book in the Realmgate Wars for Age of Sigmar: Balance of Power. Just to be up front: If you were hoping for a book that would have points and army construction rules – this ain’t it. However, if you were looking for a book that adds a ton of new info on the Narrative of the Realmgate wars and sets up a major throw down between the Celestant-Prime and The Everchosen Archaon, Exalted Grand Marshal of the Apocalypse (his full legal name) than THIS is the book for you!

The Book itself is typical high quality Games Workshop stuff – it’s a hard back with just over 300 pages of high quality printing, in full color of course! This book does add some new magic spells, new “Times of War” sections with unique rules, 41 more warscrolls and 9 more Warscroll Battalions. It’s even got a special 4-player battle!

Basically if you’re already into Age of Sigmar then this book is a great addition and it’s worth picking up. If you’re wanting more play options or just more ways to play Age of Sigmar, again, still a great book for that. But I think anyone who’s gotten caught up in the new story and background will really get a kick out of Age of Sigmar: Balance of Power the most! 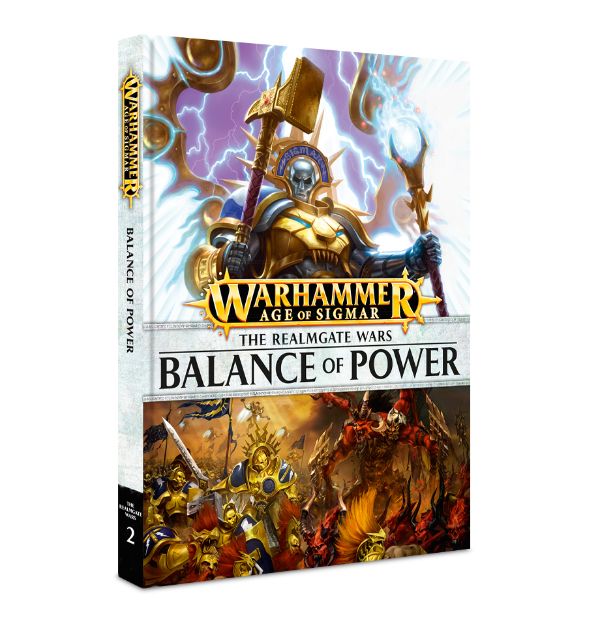 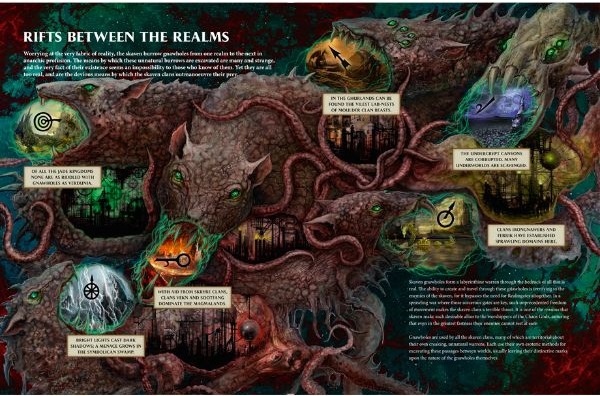 Four new Time of War sections – rules that anyone with any army can use for fighting in fantastical locations that wildly change the way Warhammer Age of Sigmar games are played;
Ten new Battleplans – any Warhammer Age of Sigmar army can be used to play out these scenarios, including desperate defence, a surprise assault and a special four-player Battleplan!
Forty-one Warscrolls and nine Warscroll Battalions covering the Stormcast Eternals, Nurgle Rotbringers, Sylvaneth, Fyreslayers, Deathlords, Skaven and Slaves to Darkness;
An awe-inspiring showcase of Citadel miniatures, with step-by-step painting guides for Skaven, Seraphon, Skeleton Warriors, Slaves to Darkness, Chaos Warriors, Stormcast Eternals and Fyreslayers;
Incredible artwork showing off the power and awe of the events sundering the Mortal Realms!

Will you be able to tip the scales in your factions favor? Check out Balance of Power in stores NOW to find out!

Author: Adam Harrison
Writer, Editor, Texas Native, and Austinite for 15+ years, Adam covers all things Tabletop Gaming. Which includes Warhammer 40,000, Age of Sigmar, D&D, Board Games and everything else that involves dice, boards, cards and a table. A hobbyist, player, and collector of miniatures and games, Adam's current obsession are his Death Armies for Age of Sigmar, his Blood Angels and Tyranids for 40k, and his ever growing Arkham Horror: The Card Game Collection.
Advertisement
Age of Sigmar Games Workshop Tabletop Spotlight Videos
Advertisement 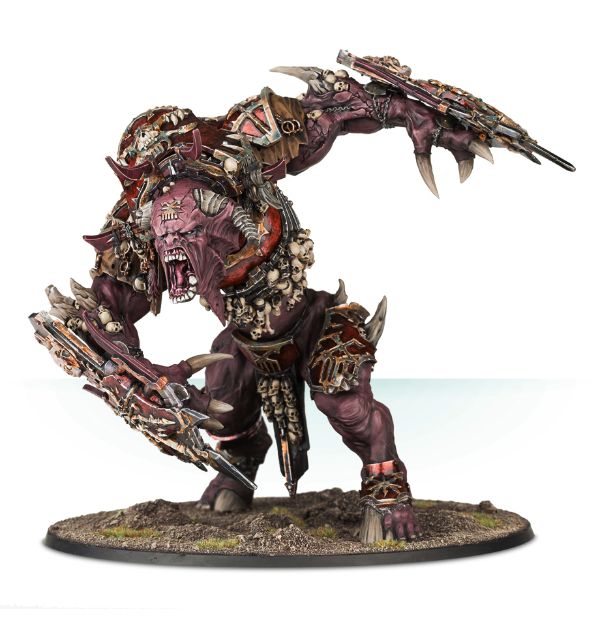