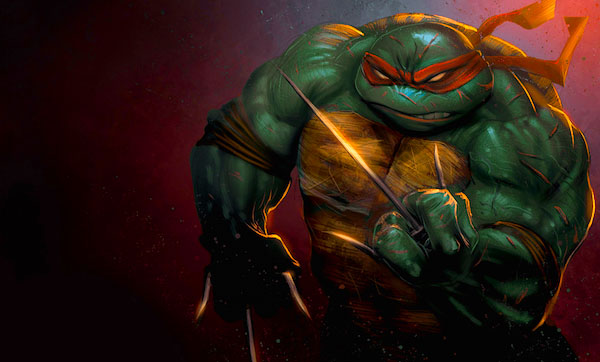 WizKids points you to a glimpse of the Raphael from the highly anticipated upcoming Teenage Mutant Ninja Turtles expansion.

The upcoming Teenage Mutant Ninja Turtles Gravity Feed features more than 30 characters from the 32-year history, based on both the comics and animated tv series.  Today, we take a look at two versions of the toughest member of the ninja turtles, the sai-wielding Raphael! 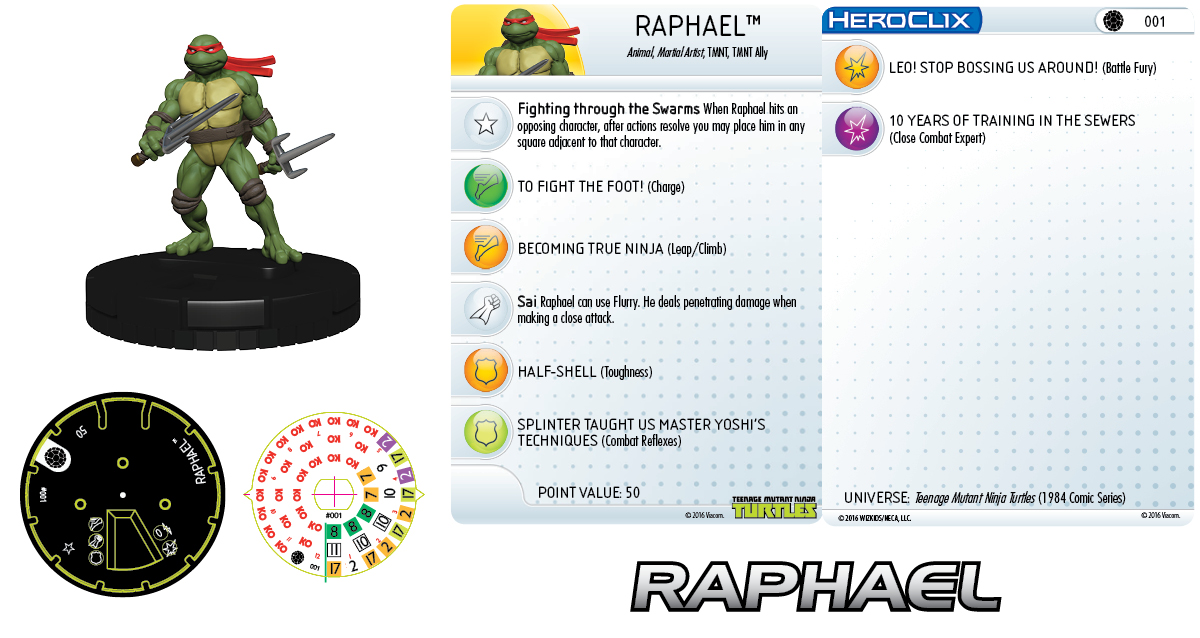 “This version of Raphael comes in at 50 points and has all the standard speed, attack, defense and damage symbols.  At only 50 points, Raphael leaves plenty of room for the rest of his brothers, and maybe even some allies, depending on your force build total.  He is built for close combat and has a power set that’s appropriate for this role.

Raphael enters play with a trait called Fighting through the Swarms which makes him a very mobile attacker.  When he hits an opposing character, after actions resolve you may place him in any square adjacent to that character.  Charge appears on Raphael’s first three clicks so if you hit an opponent with the close attack granted by Charge, after actions resolve you can reposition him by placing him in another square adjacent to the character you just attacked.  Fighting through the Swarms is great for those times when you want Raphael to get in an attack, but then need to keep lines of fire blocked by having a character in between him and a ranged attacker.  Or you can place him in an adjacent square and set up for an attack against a different opponent on your next turn.

…Raphael has a very consistent set of combat values, particularly in his defense and damage slots, built for close combat attacking.  With his mix of powers and traits, he can fight his way through a group of opposing characters and dish out damage as he goes.  If you choose to include Raphael on a themed team, he has four keyword options available:  Animal, Martial Artist, TMNT and TMNT Ally.“ 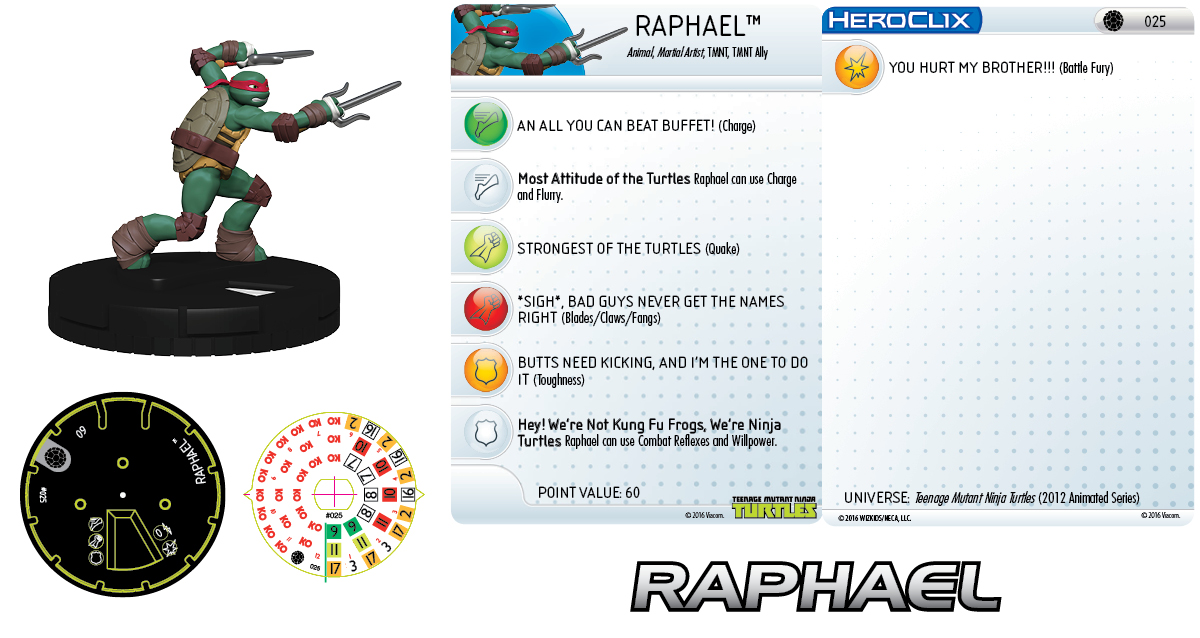 “For an updated take on Raphael, we’ve drawn inspiration from the 2012 Nickelodeon animated series.  This version of Raphael (#025) has a point value of 60, which still leaves plenty of room to fill out your force.  Like his Mirage Comics counterpart, #025 Raphael has the standard speed, attack, defense and damage symbols.  He also has the same quartet of keywords (Animal, Martial Artist, TMNT and TMNT Ally) and is built for close attacks.  However, this version of the surly ninja turtle ditches the trait in favor of two special powers.

Raphael has a steady set of combat values and his powers are laid out to reflect his aggressive nature.  He starts with two clicks of Charge in his speed slot and Quake in his attack slot.  In his defense slot, he has Toughness on his first three clicks.”

We have no word on the timing of the Marvel Heroclix:Uncanny X-men series as of now, but if it’s being teased, it won’t be long.