There is a new set of CSM rumors doing the rounds today.  Come see what the Ruinous Powers may have in store – but be cautious…

Ok, so here are ground rules – be VERY cautious with these.  As you will see below, the rumorfront for CSMs has been extremely slow and incorrect over the last 12 months.

Chaos Space Marines are currently being worked on. The models are not even finalized, but a book is being created, and I am assuming that it is a codex. The book is not coming for at least a year, the details are still being changed frequently, both the models dimensions and specific details.

Three interesting sightings
1. A field artillery battery manned by Chaos Space Marines, with tracks and barrels that looked like a quad mortar. Their armor was different , as it had plates on the front that looked similar to that of a Warpsmith. The helmets looked like Mk III

2. Chaos Sorcerer with staves that looked Chaos-y, one that was wearing a robe. None of the sorcerers had horns or spikes sticking out where I would have expected to see them. A group of them casting a psychic power with a Nova Blast effect.

3. New Predator Tank weapons that are not autocannons or lascannons. At least 2 new cannons being worked on, both are boxy with lights down the side, but no clues to what they do.

I saw no legion markings. All armor was a greasy metallic gray, or the subjects were illuminated in a reddish glow. Lights from the eyes of helmets are red or green.

There were no models of cult troops, heretics, or other infantry

There was also something referred to as a Wyrm with large armor plates reminiscent of a Forgefiend. No other details

And now let’s go back to the previous rumors on CSMs from earlier:

Some I cant say until I hear back from someone else (I dont want to look like a complete muppet) but I can say one thing, we ARE getting a dex, but not sure if its gonna be before or after Tau at the moment. But its done, not heard anything about new minis though (but then again I didnt ask). The person I am waiting to hear back from I trust 100% and its not the local GW manager.

Just be patient guys, and if the other things I am waiting on turn out to be legit then you get to be happy smug *******s

Don’t mind saying who my source is, I have a cousin who is an ex GW sculptor who still talks to people at the design studio, I’m not naming names though as I don’t wanna cause any grief for people involved, and I’m not gonna push for info on every race, I only asked about Chaos because that’s all I am interested in, couldn’t care less about anything else tongue.png

If one of the things I am waiting to hear back on turns out to be true then I will be happy, though it’s something I have hinted at a few times now and again for a few months now, though it was something that GW were thinking of doing, if they are then I will spill the beans.

we are getting a chaos marine dex soon.. Very soon indeed. AND we may or may not be getting a sorcerer conclave formation

Nothing better than throwing out 3 powers a turn at +1 strength for every sorcerer in the formation.. *Cough*

… It’s coming though. ITS FINALLY COMING!!

So the manager at my local GW got back from Nottingham a while ago. And couldn’t help but tell me theres talk of a new chaos codex coming this year at the HQ. I’ve known this guy for years. I’ve never been brought into the back of the shop and had him tell me. Then he mentioned horus heresy stuff in October apparently. I’ve scanned through the internet and found nothing on either. Although he seems like he really wants me to.expect something. I’ll ask him for more info tomorrow. Not too excited. But he isnt a liar. And heck, he’s coming to me about this as I’m essentially tge biggest chaos fanboy at tge shop.

I’ll edit this post if some new info comes up. He said something about tau later in the year but I was too busy squabbling mindlessly about what could be changed. OH and apparently we are going to.be seeing a new deamon engine.. Joy.

…He told me to keep £35 handy around the end of this month to the start of September.

Look for the following kits redone in plastic throughout this year:

These are completely redone multipose plastic kits. Earlier rumors have placed two of these already – so that adds to the corroborating rumormongers out there. Berzerkers were mentioned last month as being tied into the 40K Khorne release that seems to be right atop us. Rubrics have been mentioned as being released alongside the redone Lord of Change in a Tzeentch wave that is part of the Autumn campaign (along the lines of Stormclaw / Shield of Baal). 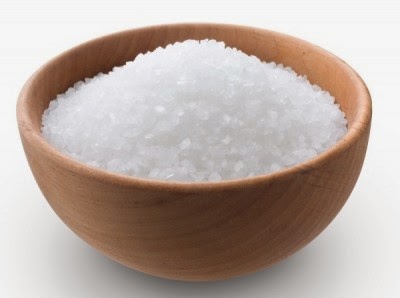 So take a look at the previous rumors , their timing, and see how they turned out – when you are weighing today’s set.

~Have fun with these, and speculate away, but as with all things CSM rumor related – caveat emptor…