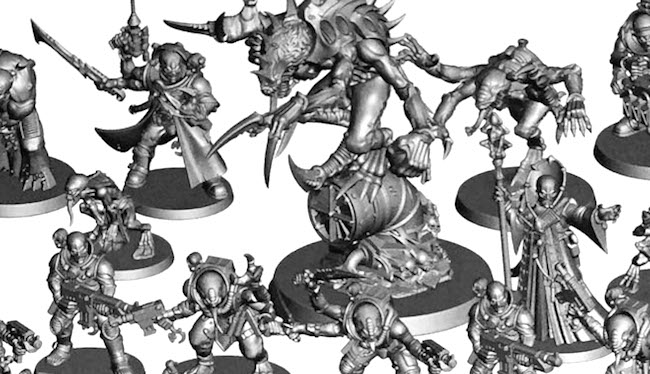 Join the BoLS Crew as we take a good look at the sprues and assembled 360s for the Genestealer Cult from Deathwatch Overkill!

This is the moment I had been waiting for since we learned that the Genestealer Cult was making a comeback. I was very pleased to get to go through the brand new Genestealer Cult sprues and Games Workshop did not disappoint:

BigRed and I were both huge fans of the old school Genestealer Cult. For me personally, this box set is as big a deal as the Horus Heresy Betrayal at Calth. There has always been something about Genestealers that appealed to me. Maybe it was the early days of Space Hulk or watching the Movie Aliens one-too-many times in my formative days – but the idea that these superhuman aliens could skitter across walls and rip your face off was both terrifying and exciting. Then came along the first incarnation of the the Genestealer Cult:

You don’t have to be a fan of the limos – it’s okay. For me it was more about the idea of how these cults spread. How the Tyranids would uses a Genestealer Patriarch to infiltrate a planet and that Patriarch would stay dormant or in the shadows slowly spreading his psychic web. Genestealers “Infections” would spread causing mutations and hybrids. Then, eventually, the cult would strike causing mass confusion and civil war. The stronger the Cult becomes the larger the Psychic beacon is for the Tyranid Invasion Fleet. The Cults would organize and strike at pivotal orbital defenses or undermine the PDF so they wouldn’t be able to counter the incoming fleet. In some cases, the cults would simply take over and the planet would become a tasty morsel for the passing Hive Fleet. Everyone would be devoured. Can’t waste that Bio-mass after all!

That idea has stuck with me for years and it was one of the big reasons I started my Tyranids many moons ago. And after all this time we’re finally getting to see the rebirth of the Genestealer Cult!

But enough of my nostalgia trip – lets talk about the minis. BigRed and I were both very happy with how they turned out. The Patriarch is probably my personal favorite of the bunch. He shares the same design DNA as the Space Hulk Broodlord – but he’s definitely different. He’s got more girth, a longer tail, more spikes, bigger claws, a massive brain/head – he’s just very menacing. The Magus is also very cool because it’s got the same design DNA as the old one (the guy in yellow from above) but you can see the advances in modeling technology.

One of the things BigRed noticed was that this new Genestealer Cult army doesn’t just expand on the cults – it also sheds some light on what it would look like to live on an Imperial mining world. The armor of the cultists, especially the 3rd and 4th generation hybrids really shows off the style and clothing of the miners. Their “suits” are really cool. They remind me of the designs of the 1985 Dune Movie or the House Van Saar gangers from Necromunda. I’d love to see more kits with that same aesthetic. These models definitely left me wanting to see more Hybrids and Cultists of all shapes and sizes. Fingers Crossed that we get at least a mini-dec treatment for the GSC army in the future! Some type of mining transport would be awesome – but I’ll settle for a limo!

As far as assembly – these go together SUPER EASY. As I wrote previously:

“they aren’t ‘snap fit’ easy – but they are single pose (for the most part) so it would be really difficult to screw these up. BigRed and I highly recommend using plastic glue with a needle applicator like the Model Master line from Testers. This will not only make assembly a breeze but the plastic glue will leave you with a super strong bond.”

One of the cool things I would like to mention is that the Genestealer Abberants have some really cool cuts on the models. What I mean is that there are only two bodies and two sets of arms. But even though they are positioned differently they are still interchangeable. So, again, whoever is designing the cuts and sprue layouts for these kits is doing a bang-up job – Give them a raise, a gold star and many, MANY thanks! 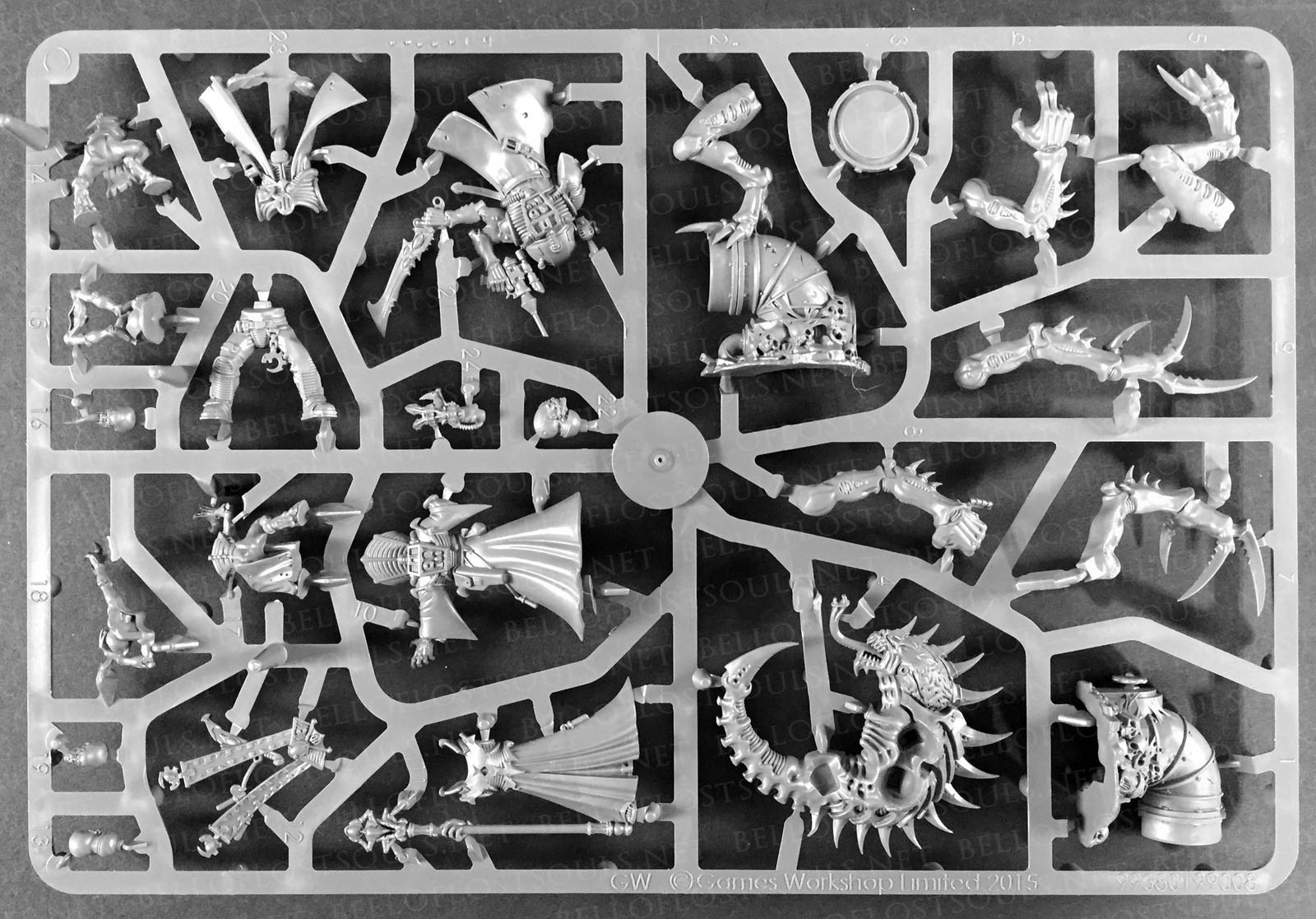 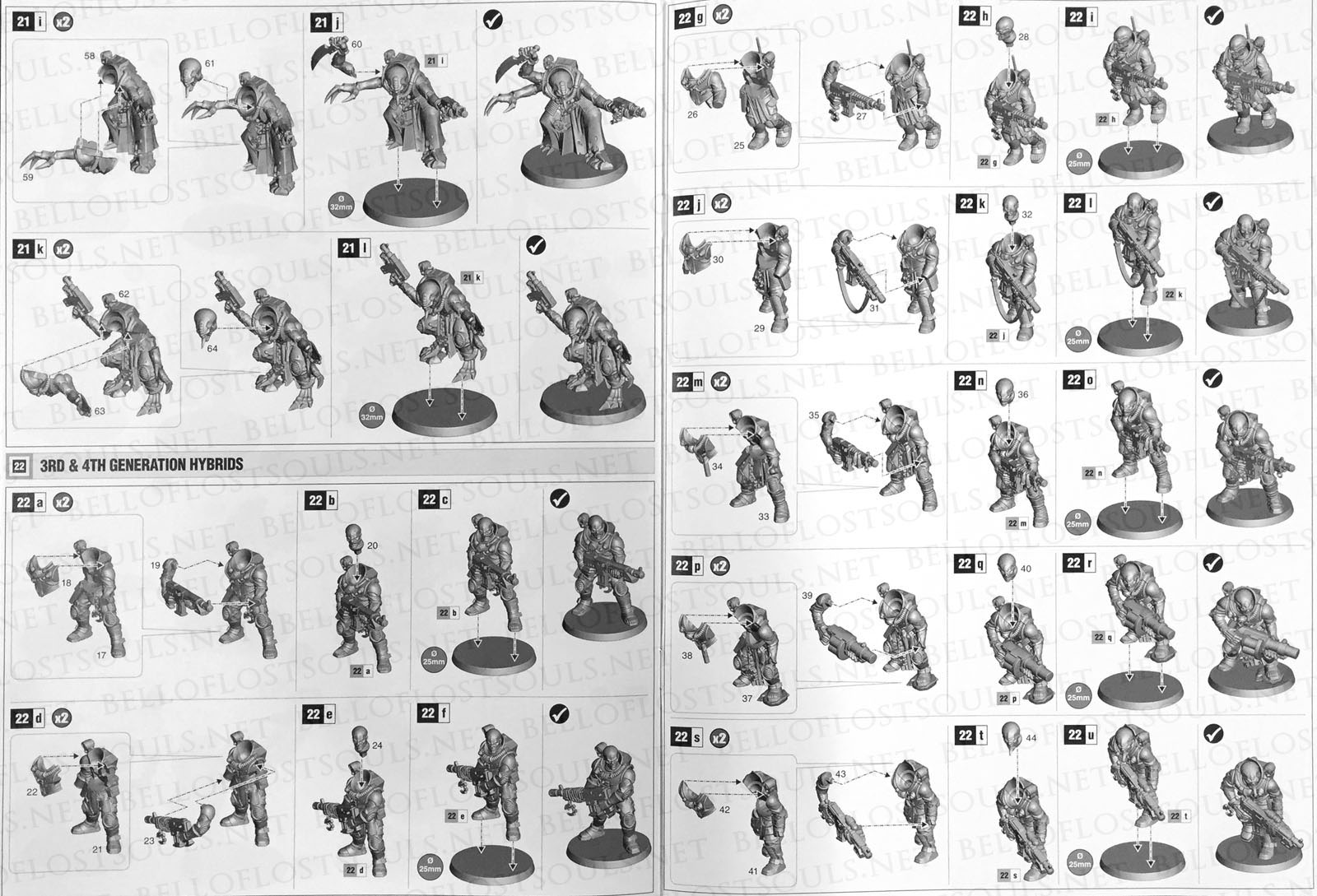 I think this is probably going to be my favorite set from GW this year… and we’re still in q1! So go check out Deathwatch Overkill today!