Deathwatch Review: Suffer Not the Box to be Unopened

Oh my goodness, Hobby Maniac’s this is not a test, this is a real thing: Deathwatch has landed and it’s not going to stay in the box for long!

Hobby Manaic’s, this kit made the internet explode and rightfully so. Everyone is literally losing their minds over this. The models in this kit could easily total up to more than 300.00 with all the individual special characters on the Space Marine side alone. I know I did a video recently about it, I was a bit salty about this [GeeDubs put out a video on a Friday Night at 9pm while I was trying to watch Deadpool, you’d be upset too!] and I came in a little hot regardless, this is a really high quality product.

It’s got a hard cardstock box, slick UV coating, a brief overview of the mini’s on the back. It’s not a who’s who and a what’s what but it gives you an idea….

We’ve already seen what goes inside this with all the press packets. The sprue’s are quite substantial and there’s also the embossed, double-sided, game board. Most people might not want these, so how cool would it be to round these tiles up and use them as a Zone Mortalis. You can even see that in some boards they’re designed to be multilayer, [you see that cut out on the left tile up there revealing what looks like the right tile?] If you get multiple sets you can could actually cut it out and make a two-floor board; that would be really neat.

The instruction manual is almost on par with a Supplement, which, in my opinion, is really cool. There’s pages of  the models painted up ‘Eavy Metal style, The manual comes with some stories, some missions, and the rules for the game itself weigh’s in at around 8 pages. This is a far better product than what we saw with Betrayal at Calth. You also get the character cards, dice, a range ruler, and the instructions on how to put the models together. 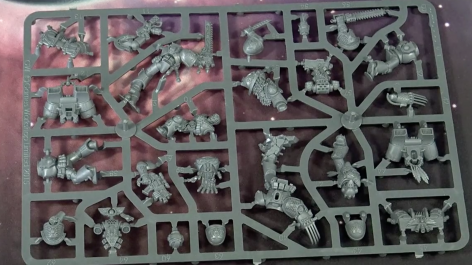 A big question has been, “Will we get a chance to buy these models individually? Are these going to be in clam packs soon?” and the instructions would have been a big clue to that but from what I can see here it’s not quite clear still. You can see the multi-part nature of the models with some of them having optional shoulders so for instance, Chaplain Cassius, you can keep the deathwatch shoulder pad off him and use him as an Ultramarine. However, the Raven Guard chacter has his arm molded into the Deathwatch shoulder pad which makes him hard to make as a Counts-as Shrike. 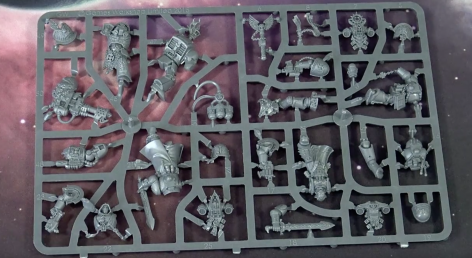 The bike allows you to not install the deathwatch fairing [the thing that goes in-front of the handlebars] so you could put in the Raven Guard wings if you wanted. 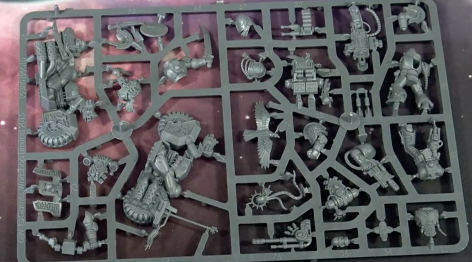 These aren’t quite push-fit but also not the usual multipart. You’ll notice in the legs that these are complete legs, you’re not going to have wonky ass seam lines. Then, looking over at the Patriach, you get the same thing, complete legs and jointed at an actual joint that eliminates the messy seams and avoids the duckbill effect like on the Tyranid Hive Tyrant.

Deathwatch gives you more gameplay content but Betrayal at Calth gives you the ability to play low-level 30k games right out of the box, so there’s that give and take there as well.

What I like about these sprues is that a lot of the characters multiple parts are together so you don’t have to fish through multiple sprues to find the one part you need. These could easily be made into separate sprues using CAD. I’m also really liking that all the Chapter Iconography is molded into the model; no stickers. This is all very interchangeable and high quality.

The Genesteeler Cult comes in the same super high quality and highly detailed sets. You get two large sprues with the entire cult; which makes things easy then another sprue with the special characters are separate. 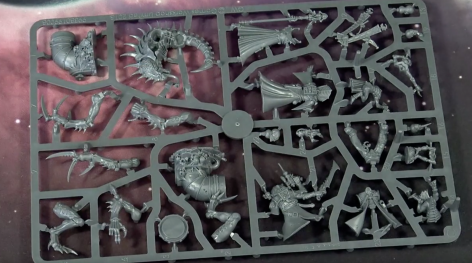 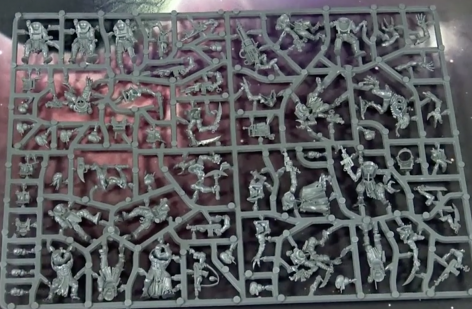 So, that’s really all there is too it. You’ll be seeing these upclose and personal pretty soon!

Author: Robert B
Robert is a veteran tabletop and miniatures gamer, and writer with over 20 years of experience. His specialtiesies are the worlds of Game's Workshop's Warhammer. He began writing for BoLS In 2010.
Advertisement
Board Games Games Workshop Unboxing Videos Warhammer 40k
Advertisement 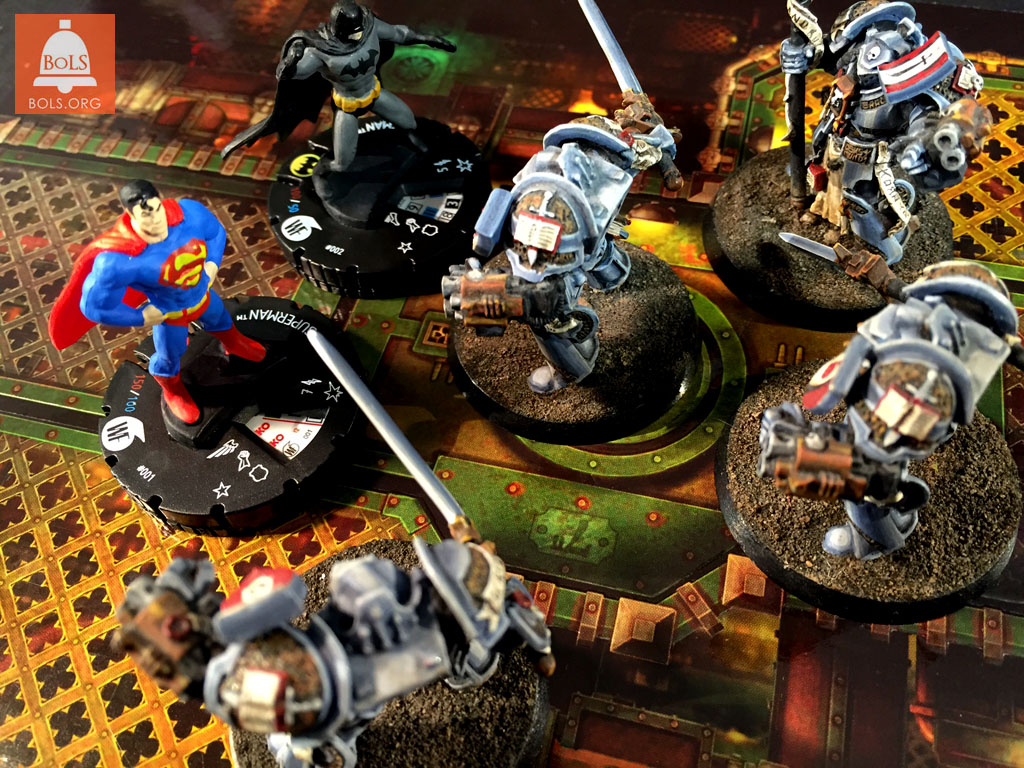