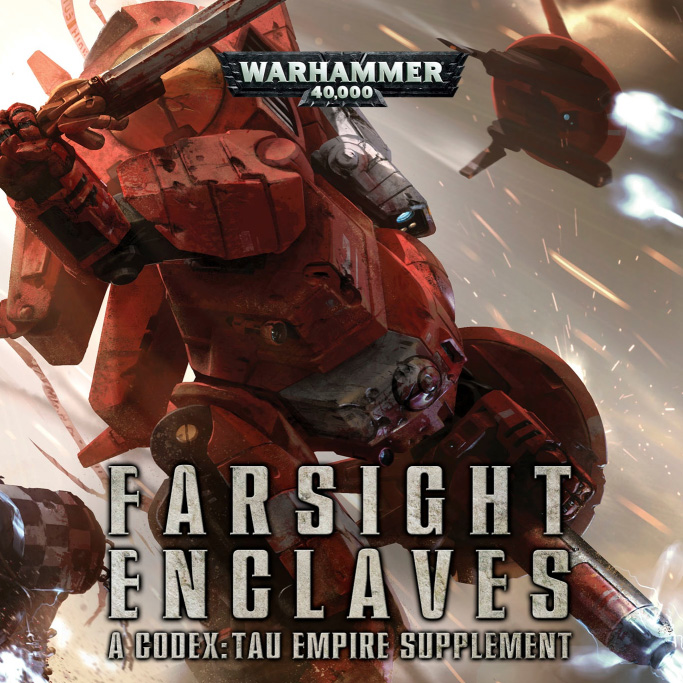 Farsight is back at it again with his Red Crisis suit! If you want to know if this book has new rules or now, we have the answer!

Welcome back Hobby Maniacs, today we’re looking at Codex Suppliment: Farsight Enclaves. This codex has all the rules you need to play a Farsight Enclaves (minus the unit datasheets, you’ll still need Codex: Tau Empire for those) If you’re a fan of Farsight, haven’t yet picked up Mont’ka, and want to play an enclaves army, then this book is for you. 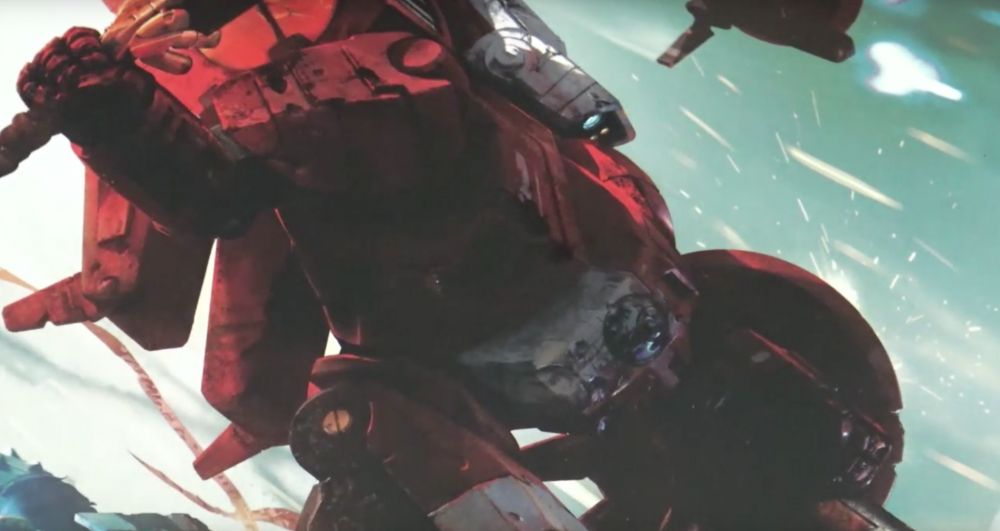 What this book is NOT is a collection of formations and rules from Kauyon and Mont’ka into one volume. I think there was a bit of confusion there because I believe Games Workshop alluded to that being the case. However, that very much is not the case.

What this is, is neat little  supplement, it’s full of fluff and rules just like the first release – it has all the fluff from the old digital version that came in 2013. The whole, “Hey I’m farsight and we’re doing our expansion. Then all of sudden chaos shows up and kills all of our Ethereals. Wait, what? What’s this Chaos stuff. uh, I guess we were being lied to.” 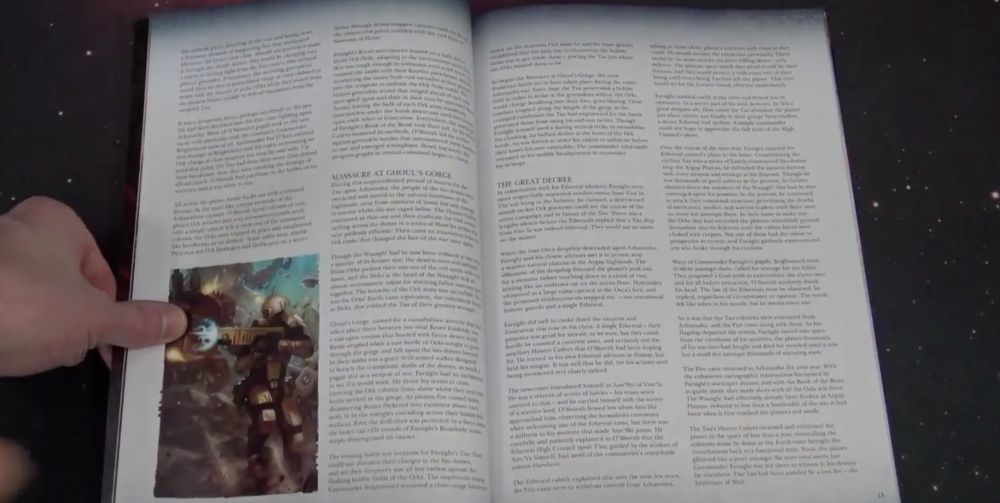 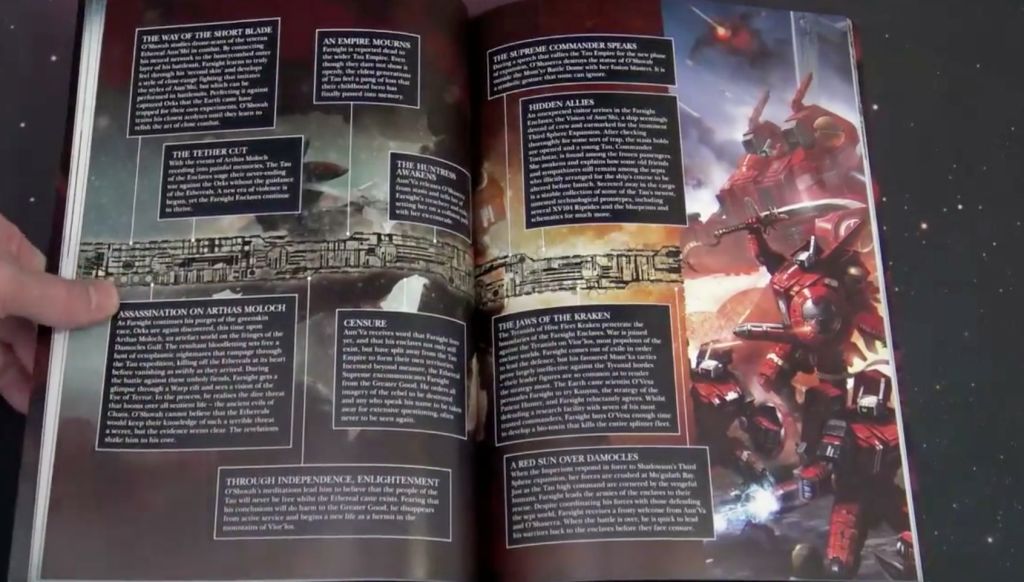 Then it goes into the Damocles gulf. It’s pretty much all the same fluff. It has some great graphics from 2013 but not much is new here. It shows you the Farsight Enclaves rites of war and all that which you can find in the Mont’ka book. 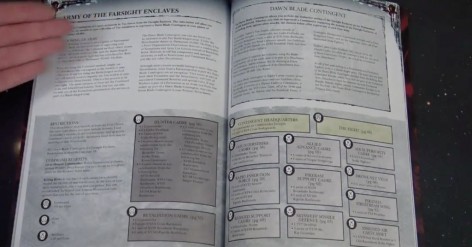 Then you get to the back where it has the rules; this is pretty much verbatim of the Mont’ka book that came out in November. Same Warlord Traits table, same signature systems. On the next page you get his specific Decurion-like formation; the Dawn Blade Cadre; which includes some of the formations from the Tau stuff but also leaves out some of them.

It only includes the formations which are are part of the Dawn Blade Contingent. Some of them have page numbers but some do not because it says what it is in the formation listing itself. All of this is the same of what we’ve already seen. On the following pages you get the formations from Mont’ka; nothing new here. Finally, it does have “The Eight” of how to field the fabled 8. It does not list them as individual HQ selections as it did in the pervious Farsight Enclaves book.

That combination might have broken 6th edition 40k because people where taking their crisis commanders and joining them with O’Vesa and doing the O’vesa dance where everything got every special rule under the sun and you can’t kill because it has a monstrous creature.

Heck you might call this formation the Original Super Friends! 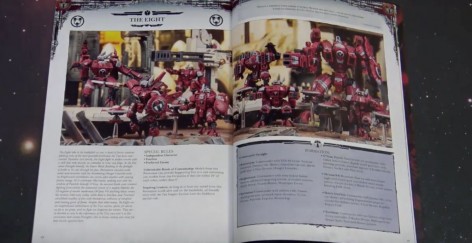 To be quite honest, a lot of people got really good at 40k back in 6th edition when you could do that, maybe that’s why it’s a no go now?  If we had some of the checks and balances in place today that we had back then I don’t think that would have happened. But hindsight is 20/20 and it was just another time in the hobby. Things have gotten a lot better as of late so there’s no need to harp on it.

Then you get to the back, it has the altar of war and the tactical objectives.

We’ve seen it all before.:

If you’re into Farsight and didn’t grab Mont’ka or just need to catch them all then this is the book for you; at $35 it’s not a bad deal.

If you want a softcover compilation of all the rules from Mont’ka and Kayoun, or hoping to get some spicy new Formations, this is not the book for you. 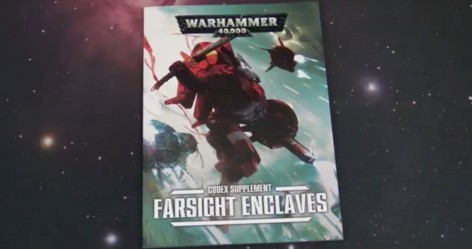 Overall, this is great for bringing back the hobby, who doesn’t like robots with swords and shields and sticking them in things. 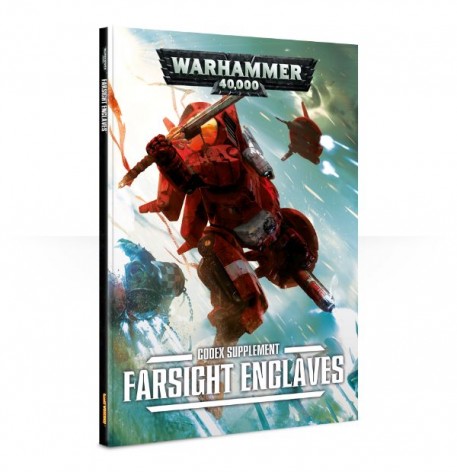 The Tau are a new force in the galaxy, optimistic and bright. Yet even they have their dark secrets. When the Warrior hero Farsight conquered the worlds of the Damocles Gulf, he learned forbidden truths that would divide the Tau Empire forever.

This revised and updated supplement to Codex: Tau Empire allows you to tailor your collection of Tau miniatures into a force from the Farsight Enclaves, armed to the teeth and ready for battle.

Included in this 80-page softback book:

– A comprehensive account of the rise of Commander Farsight, his defection from the Tau Empire and the establishment of the Farsight Enclaves;

So, who’s ready to build a Farsight Enclave? 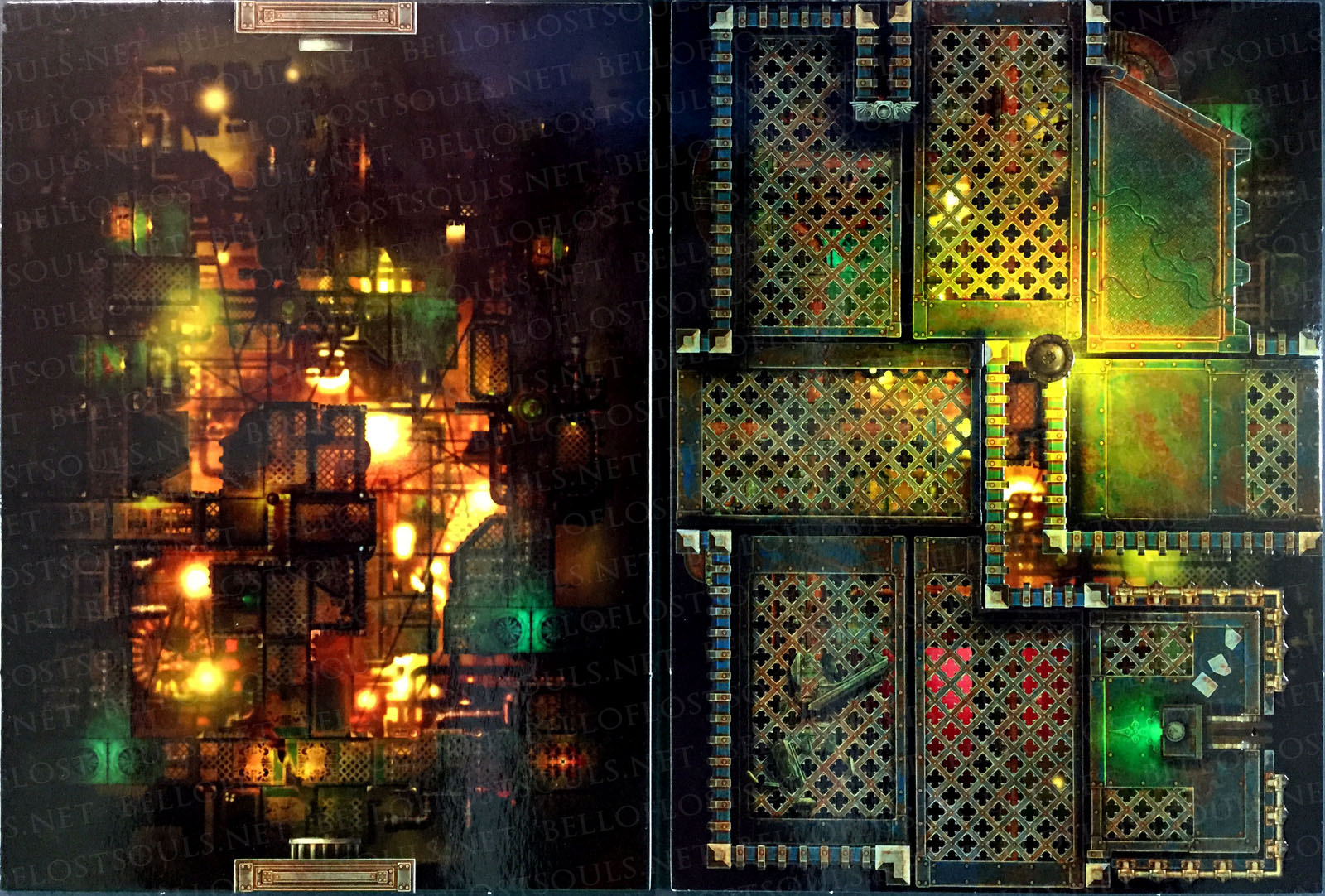