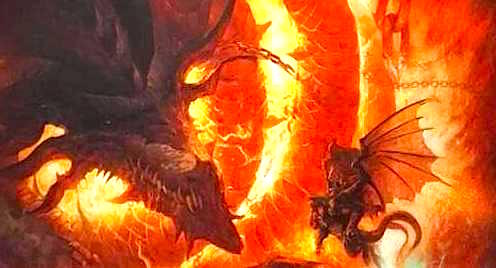 Come see the names and background of THREE of the new Godbeasts for the new Age of Sigmar Realmgate book & a hidden D&D homage.

New factions, beasts and more are abound in the upcoming supplement for Age of Sigmar! 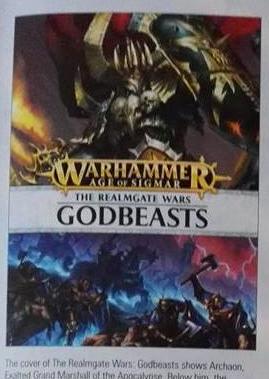 The basics on the upcoming book, part three of the Realmgate Wars series: 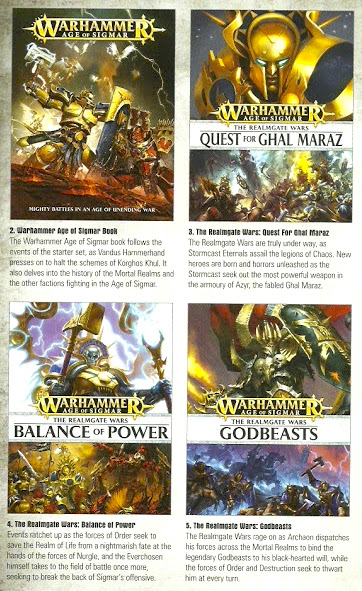 A 288 page hardback book. The third in the Realmgate Wars series, joining Quest for Ghal Maraz and Balance of Power that allows all fans of Warhammer Age of Sigmar to fight in the deadly battles that rage between the forces of Chaos, Death, Order and Destruction. As the Everchosen seeks to gain dominion over the mysterious Godbeasts, that dwell in the realms and use them to assault Sigmaron itself.

Lots of other forces join the war too, including Seraphon (Lizardmen), Brayherds & Warherds (Beastmen), Free Peoples – Candlemen (Empire), Fyreslayers (Dwarves), The Clans (Skaven) and Spiderfang Grots (Orcs & Goblins). This massive book contains something for everyone!

The book contains:
4 new Times of War – rules for fighting battles in the strange and mystical realms of Fire and Life
13 Battleplans that include advice on playing 3 and 4 player games and running campaigns for even more fun
14 Warscrolls for the main characters and units in the story
12 Warscroll battalions chosen from the many factions that are fighting in the war
Stage by Stage painting guides for the Tempest Lords, Anvils of the Heldenhammer, Bloodbound of the Skullfiend Tribe, Bloodscorch Bulltribes and Clann Vrrtkin Skaven, plus a guide for painting a Realmgate and the Realm of the Battle Game board

Wow so along with the 12 new battalions,  and 14 new warscrolls there are some GODBEASTS on the prowl too!

If you loved that, checkout the rest of the pictures from the new Godbeasts preview below:

~So I’m just putting this out there.  Dungeons & Dragons for decades has had the two arch-nemesis dragons Bahamut (good) and Tiamat (bad).  I wonder what that Godbeast Behemat is all about? Hmmm…