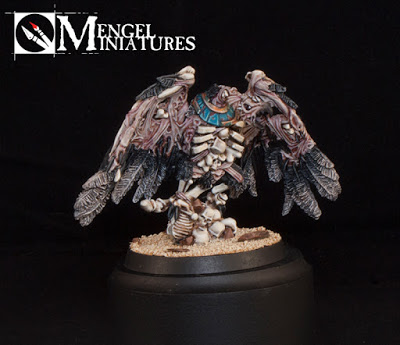 This painting technique is a great looking, and quick way to add something characterful to any model with feathers.

While I’m painting models I come across random little techniques that aren’t used very often. With my Carrion I had decided to create a two-tone feather once I decided the black on its own was to plain and boring.

While I demonstrate this with black and white it would work just as well going from brown to white, or even brown to black. 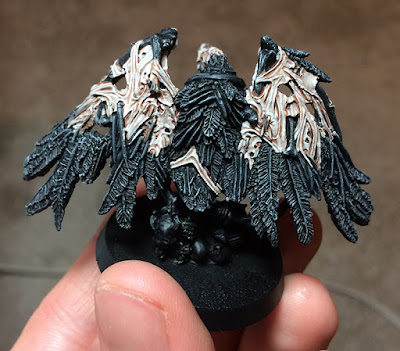 I painted and highlighted the feathers completely before I started adding the second color. In this case I had simply painted it black and then did three different drybrush layers. First Eshin Grey, then Dawnstone Grey, and lastly a light drybrush of Administratum Grey. 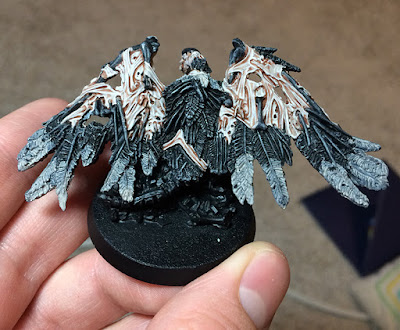 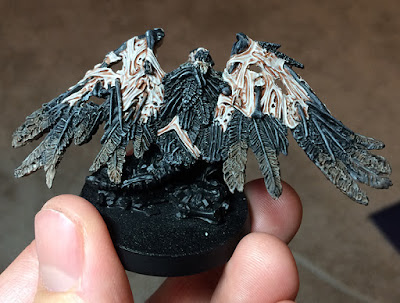 I then gave all of the Rakarth Flesh areas a wash of Agrax Earthshade, making sure to spill over onto the black a little, but just a little. 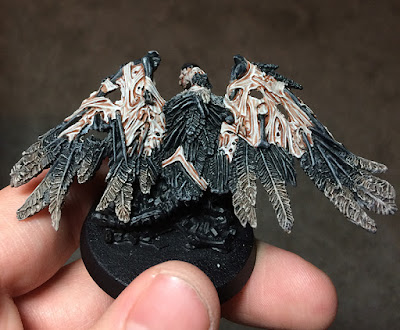 I followed this with a drybush of Rakarth Flesh over the previous step. I made sure to go higher in the feather then just the white area and up into the black, making sure to keep it especially light. This helps blend the two colors a bit 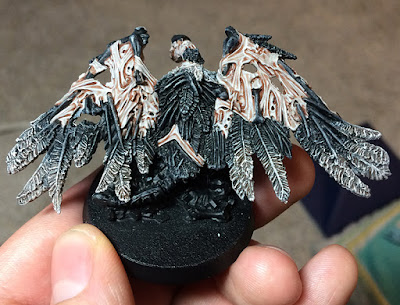 A second drybrush of pure white is then applied over the same area as the last step and in the same manner. You can see in the picture that some of it is drybrushed overtop the black right where the two colors meet. 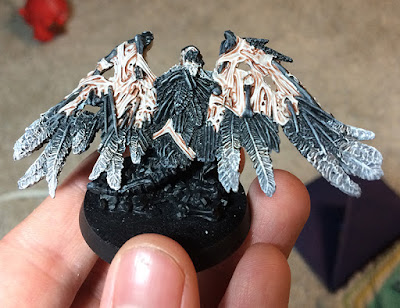 I decided that I needed to make the tips of the feathers brighter so I created a glaze of heavily watered down white. This was painted onto the tips and “feathered” out the further I went up the feather. I kept this to the bottom half of the area that was already painted white.

That’s it! It’s pretty simple and just involves overlapping the two colors a bit in each step to help the blend. This could easily be done with any combination of colors and still achieve the same result. It would work great on an eagle, Lord of Change, or anything else with feathers.

If you have any questions just let me know in the comments below. 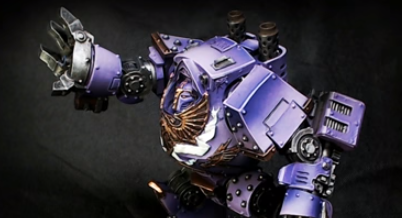