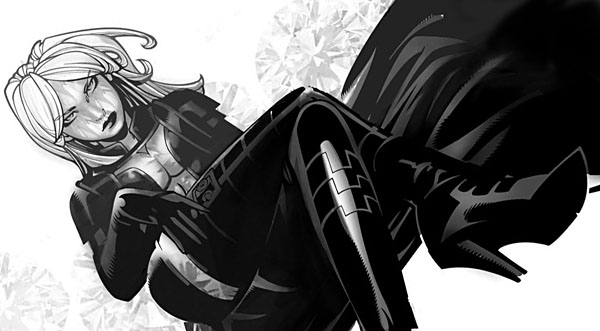 WizKids points you to a glimpse of the latest version of Emma Frost from the upcoming Uncanny X-Men expansion.

Today we take a look at one time X-Men foe-turned-team leader Emma Frost She is coming to HeroClix in the upcoming Marvel HeroClix: Uncanny X-Men series.   Take a look. 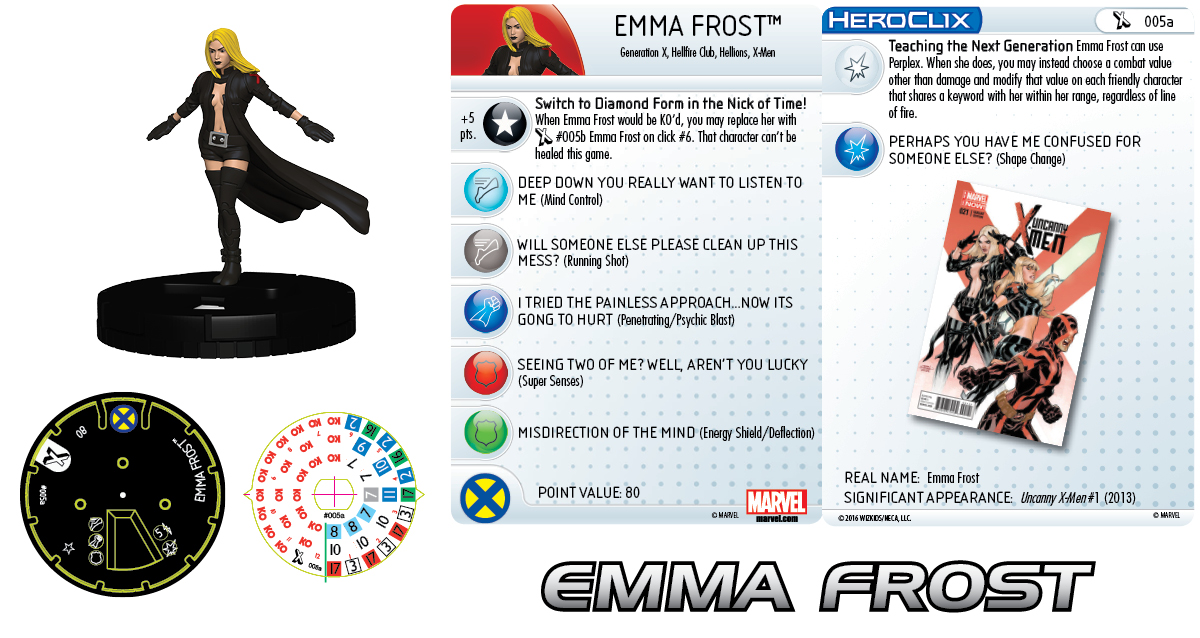 Here’s the basics on Emma Frost 005a:

“If you are into keywords, Emma Frost has 4 options for themed building; Generation X, Hellfire Club, Hellions, and X-Men.  We’ve seen a very similar set of powers and distribution of stats for several versions of Emma over the years, starting with a 5 range single target Mind Control and Super Senses.  This time she brings her head mistress status at the Xavier School for Gifted Youngsters to the battle, and puts those keywords to work, with her special damage power Teaching the Next Generation; letting her use Perplex but also allowing her to choose a combat value other than damage, and modify that value on all friendly characters within range that share a keyword with her regardless of line of fire.

After 3 clicks of those powers with 10 attack and 3 damage she goes from being persuasive with her mental powers to being an offensive force dealing penetrating damage with 3 clicks of Penetrating/Psychic Blast, the first of which coupled with Running Shot.  She’s not coy or naïve in the least and keeps her defenses up with Energy Shield/Deflection and Shape Change.

If she gets knocked low don’t lose your cool, with the X-Men TA she can benefit from some healing from a friendly fellow X-Men… or you may have noticed her Costed Trait Switch to Diamond Form in the Nick of Time. “ 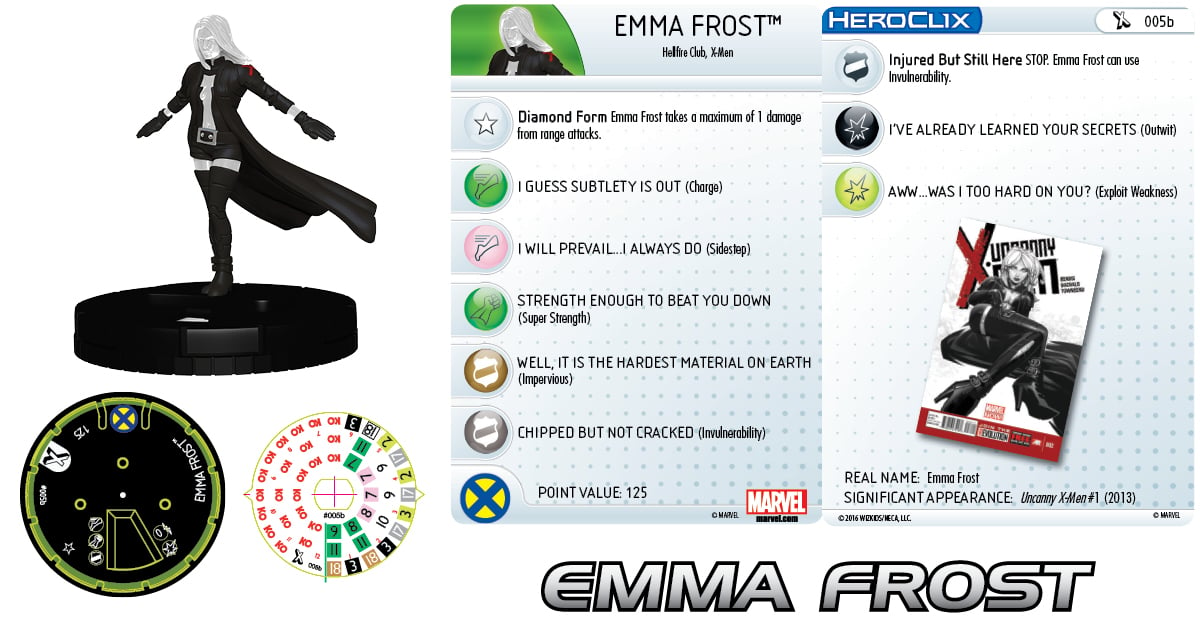 Here’s the basics on Emma Frost 005b:

“Emma’s secondary mutation drops her mental powers in favor of physical strength and durability and in being the ‘diamond in the rough’ of close combat.  Her trait Diamond Form keeps her safe from being heavily damaged by range focused opponents limiting her to taking a maximum of 1 damage from ranged attacks (Take that Cyclops! Emma has your number!) and Indomitable keeps her leading your team by example from the front.

For all 6 clicks of her 125 point dial she’ll be teaching some hard lessons opening with Charge and Super Strength combined with Impervious to help keep her safe.  Her top dial Outwit sets her apart from most close combat ‘brick’ type figures.  Later in her dial, her defense power changes to Invulnerability and she gains Sidestep to be able to maneuver into a position to deal penetrating damage with her Exploit Weakness.

Class isn’t over yet!  On her last click, Emma is graced with a STOP click that grants Invulnerability and she returns to the same combination of Charge, Super Strength and Outwit that she had on has on her top two clicks. “

Have at it HEROCLIX fans – What do you think of Emma?