Nevermore – The Master of The Ravens, UNBOXED! 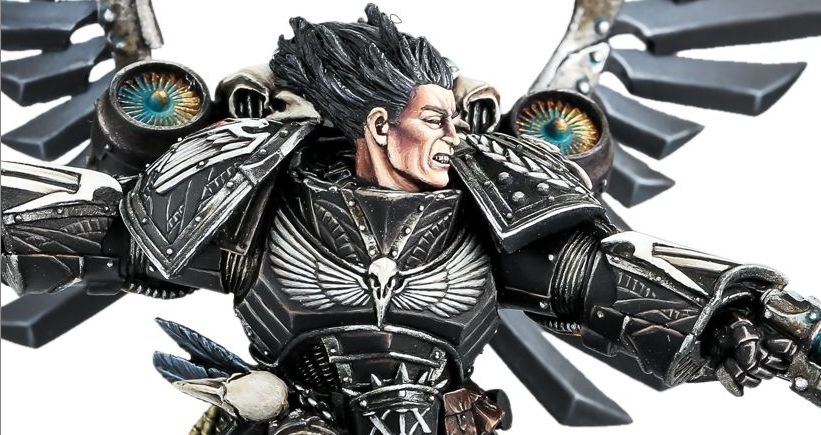 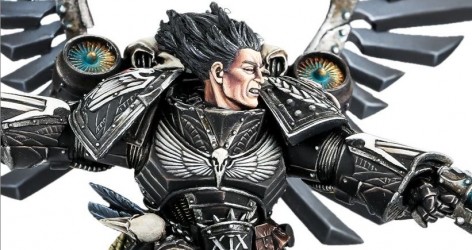 Come see what may very well be the best looking primarch, that’s gotten no respect from hobbyists: Corax the Master of the Raven Guard! 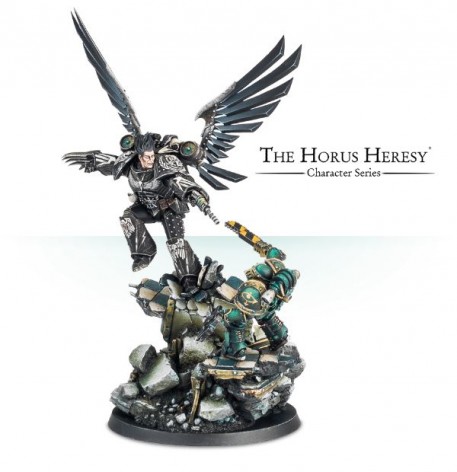 Welcome back Hobby Maniacs! Today we’re getting up close and personal with Corvus Corax, the Primarch of the XIX Legion, (That’s the 19th legion if you’re roman numeral reading impaired) and this is an amazing model. I also think this is a clear instance where the photos of the model just don’t do it justice. Once you get in your hands you’ll be blown away. This is one of the most intricately detailed miniatures I have ever seen. I had no idea it was this model was going to be this good looking; I was pleasantly surprised. 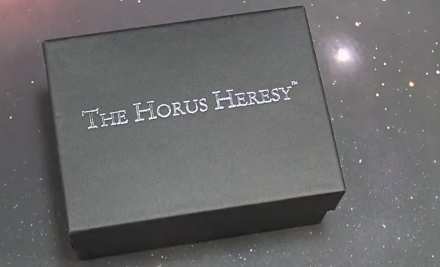 Corvus comes in the double wide  Forge World box. Once you get it open it one thing I noticed is that it really beguiles you into thinking the Primarch is smaller than he actually is. Another thing Forge World did, which I really like, is that they included instructions in the box. Forge World is really bringing the heat in their presentation. Also included is a pamphlet with the inspectors name initials and date along with a general tips and assembly guide with the tools to use for various steps. I think having someone check out the kit before they send it off helps counter the perception that they just threw the model on the table from the mold and then tossed it in the box. Forge World is great with customer service but this extra step of getting it right the first time goes a long way in my book. 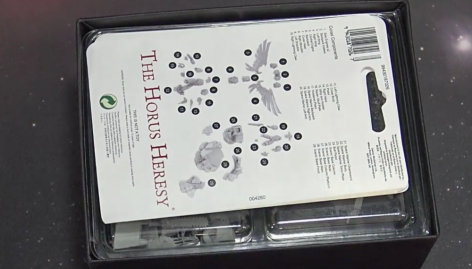 The instruction manual, as I said before, is really amazing. It shows you where all the exhausts go, it shows you where his pinions should go, and goes into detail about getting his Lightning claws either extended or sheathed. (Innie or Outie it’s your choice!) In this particular pose he’s got his arcotech pistol just straight taking some traitor; his whip crackling with energy on his back. His rules fit well with the model. Forge World went so far as to show you where to attach the Chainsword to the Marine who is getting blown away. The sword is basically falling out of his hand and there’s a little nub you need to attach it too. 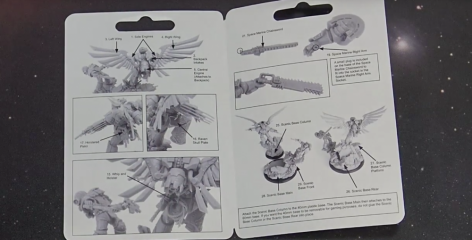 The base here is also really intricate, Corvus goes on the 40mm base, which then slots into the 60mm base which goes with the rest of the diorama so you can alternate between it being a display model and something you’re actually playing with. 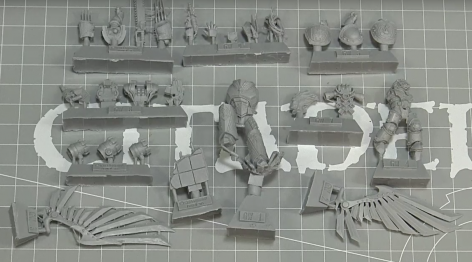 Laying out the pieces you can really see these are larger than normal, we’re talking terminator sized shoulder pads, which makes since because Corax is huge, almost looking like 50mm scale; similar to the other Primarchs. Looking closely at the head, I actually think they used Corvus’ head on Leman Russ for the previews; of course Leman Russ’ head wasn’t done at the time so I think this the head they substituted in. 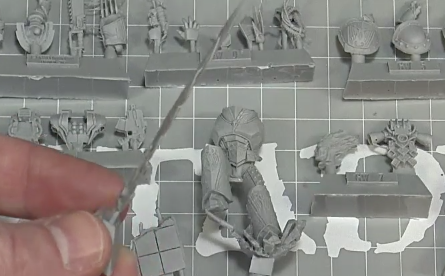 Overall, this kit is a just plain bananas, kudos for Forge World for stepping outside their comfort zone and making such an varied model because this kit is just plain amazing.

Going into this rules for a bit, he comes in at 450 points. He’s got a boat load of special rules, The panopy of the Raven Lord, which includes his lightning claws and his energized whip; they work in tandem. They profile is: Strength User, AP2, Melee, Shred, Fighting Style, and two-handed so keep that in mind. At the beginning of the assault phase you choose: death strike, all to wound rolls of 5+ would the target regardless of toughness, damage to vehicles get an extra 3 to armor pen; Scorch D3 Extra Attacks; Shadow Walk imposes a -1 penalty to hit on all models attack him [Which is great if you’re getting bogged down with elite level stuff] 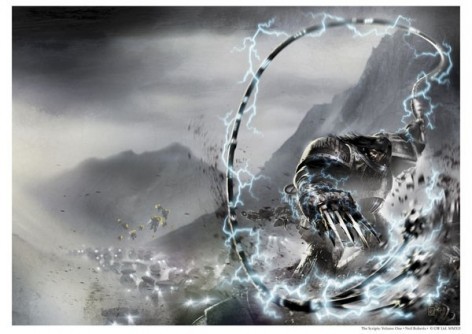 He has other special rules  too! Sire of the Raven Guard +1int +1Str on the turn he charges, All models with Raven Guard always run 6″. Shadow Lord, unless he’s part of unit or Corvus is not the closest model to the firing unit, or if the unit is Pysker, Demon, or another Primarch, only snap shots may be taken against him. So basically, he gets invisibility conferred to him.

He can also be removed from play and put into ongoing reserves; even when in close combat. He also gets his Sable armor which gives him a 2+ save 5+ invul and any unit deep striking within 12” of him will suffer a deep strike mishap on any roll of a double on their deep strike scatter roll. Enemy wargear that helps deep strike doesn’t function within the radius. And a scattering of other special rules. The Corvodine Pinions give him of course the ability to be a jump infantry model but also give him Hammer of Wrath Causing D3 STR 5 AP3 hits; which is better than 40k’s Khan Moondraken bike which I thought was neat because that’s always fun when you hammer of wrath into people with that.

So who’s ready to get Corvus painted up and on the table!!?

Author: Robert B
Robert is a veteran tabletop and miniatures gamer, and writer with over 20 years of experience. His specialtiesies are the worlds of Game's Workshop's Warhammer. He began writing for BoLS In 2010.
Advertisement
Forge World Horus Heresy Unboxing Warhammer 40k
Advertisement 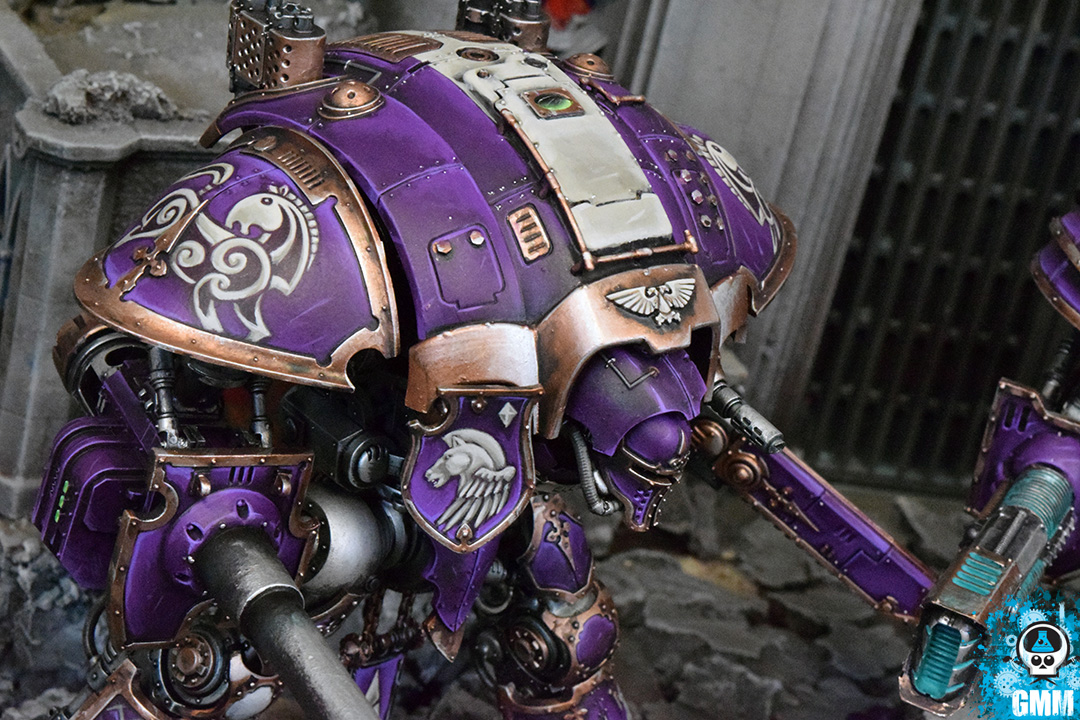