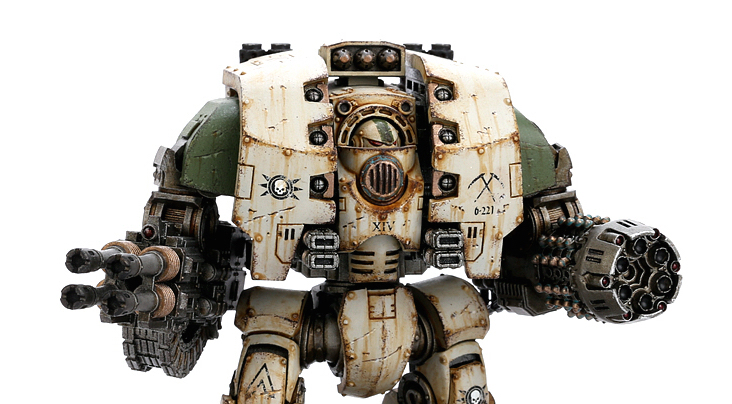 Whatever Warhammer game system you love, our Leviathan Dreadnought unboxing and review has all your 30k and 40k needs covered!

The Leviathan is the Big Boy that we saw back in November at the 40k open, or maybe it was something else, I don’t even know. We also got the Grav-Flux bombard and the Storm Cannon; so we got the shooty version of this bad boy.

This prices out at about $100 (new conversion); which is pretty pricey for a dreadnought- still IMHO. However, in the game it’s really exciting. Playing 30k is a lot like playing 3rd edition 40k; a lot of stuff still works. The dreadnought works in 30k, I was really shocked at the end of my first 30k game: “wow, this Contemptor is still alive”!

So, if you were into the older style I’d strongly urge you to try 30k out.

Everything comes in a Forge World box of course. It’s really awesome how they’re packaging things now; they’re making some strides towards protecting their product which is really cool.

As for the Leviathan itself I love how well it all fits together. I like the girth (yes, I’m giggling as a write this) of this model as well. However, what I don’t like is the leg. He looks like he’s pushing off. which is fine, but they don’t give you any extra feet. This guy can only be posed one way easily. If you’re going to get a bunch of these you’re going to have to do a lot of work to get it to look different. For 100-ish bucks I feel like I should get an extra set of legs. Com’on guys, throw me a bone.

The Leviathan can get either volkites or heavy flamers into its chest. Oh wait, did I say Heavy Flamers? Sure did, you know what that means Kids? Yup, assault cannons with the Blood Angels rite of war. It’s a thing.

It comes with a 75mm-ish base. Something that concerns me about this is that I don’t know if all of FW’s components are exclusively still made in England. I do know that in China, if you bring machines and molds into the country, you can’t leave with them. The resin here IS from Forge World but it’s a little dark. They dye their resin so maybe this batch came out a bit dark, I don’t know. I did notice it. I don’t know what it means, I just wanted to throw it out there… 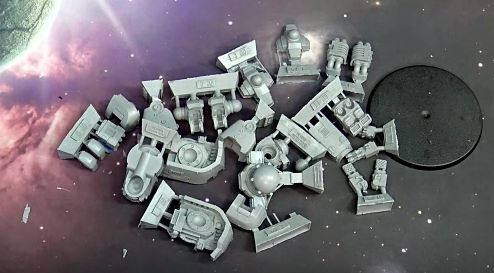 The smoke stacks are really detailed. The Feet are huge, heck they are almost 40mm by themselves. The legs are really cool because you can pivot them at the joint. The knee-pads can be positioned as well. To be honest thought at the old currency price, this might be a tad expensive in both in game terms and from a hobby perspective. 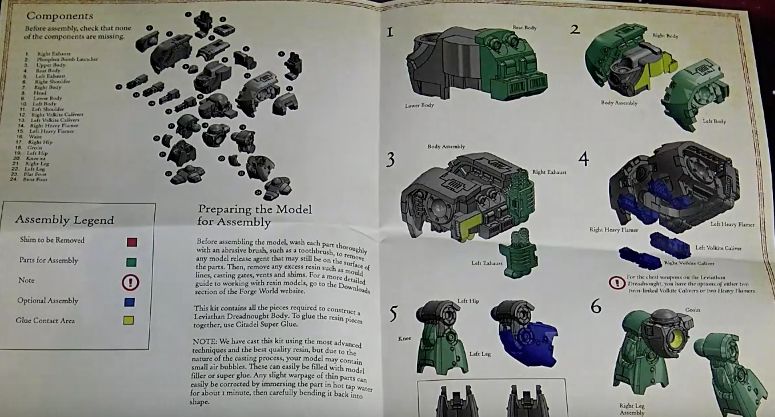 The Grav-Flux bombard arm isn’t available in the 40k versions. It’s an 18”, Large Blast 5, no cover saves, pinning, graviton collapse: Target must roll equal to or under it’s Strength Value on 2D6 or suffer a wound. Targets with Armor value roll 2D6 instead. Leave the blast marker in place, the terrain is both difficult and dangerous terrain.

The gun itself is cool. It’s got a neat gatling style weapon that looks like it came out of transformers. The Leviathan has tons of weapon options and more are coming. 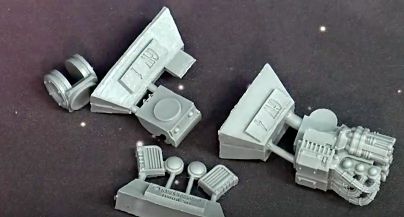 The storm cannon looks like an auto cannon on steroids. It comes with a huge ammo feed that looks straight righteous. It is 24” Strength 7, AP 3, Sunder: Re-roll armor pen. 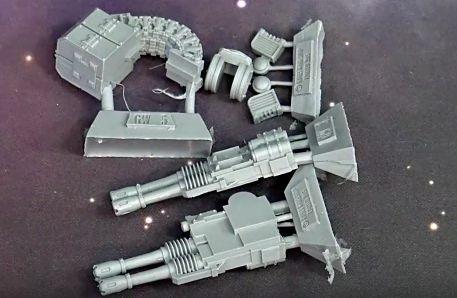 It has tons of special rules, which are available via a free download from Forge World. I’m hearing there will be a new book coming out this summer that will wrap up rules for all these awesome kits Astartes and Tau kits that have come out recently.

Author: Robert B
Robert is a veteran tabletop and miniatures gamer, and writer with over 20 years of experience. His specialtiesies are the worlds of Game's Workshop's Warhammer. He began writing for BoLS In 2010.
Advertisement
Forge World Horus Heresy Miniatures Review Space Marines Unboxing Videos Warhammer 40k
Advertisement 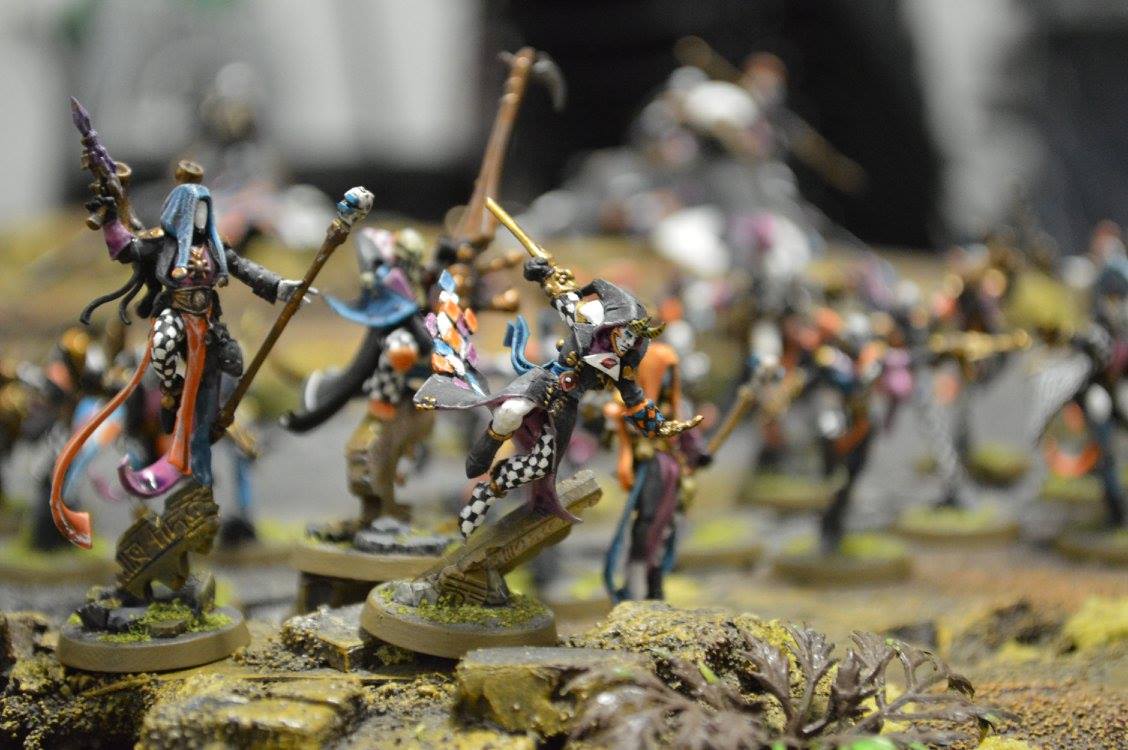