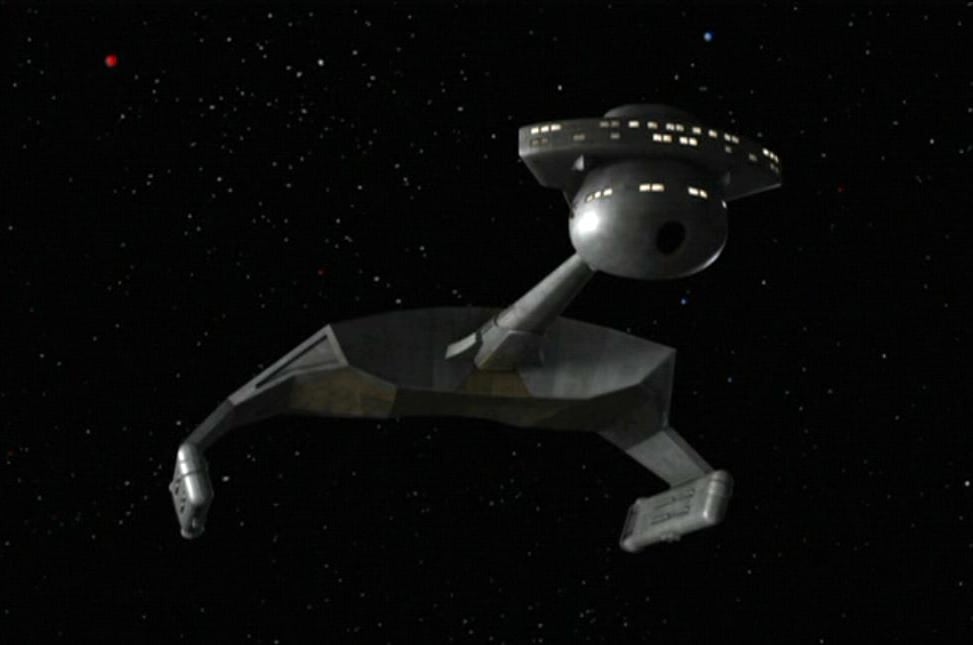 The Romulans are back with an infamous D7 Class ship: The I.R.W. Algeron – Prepare for Cloaking! 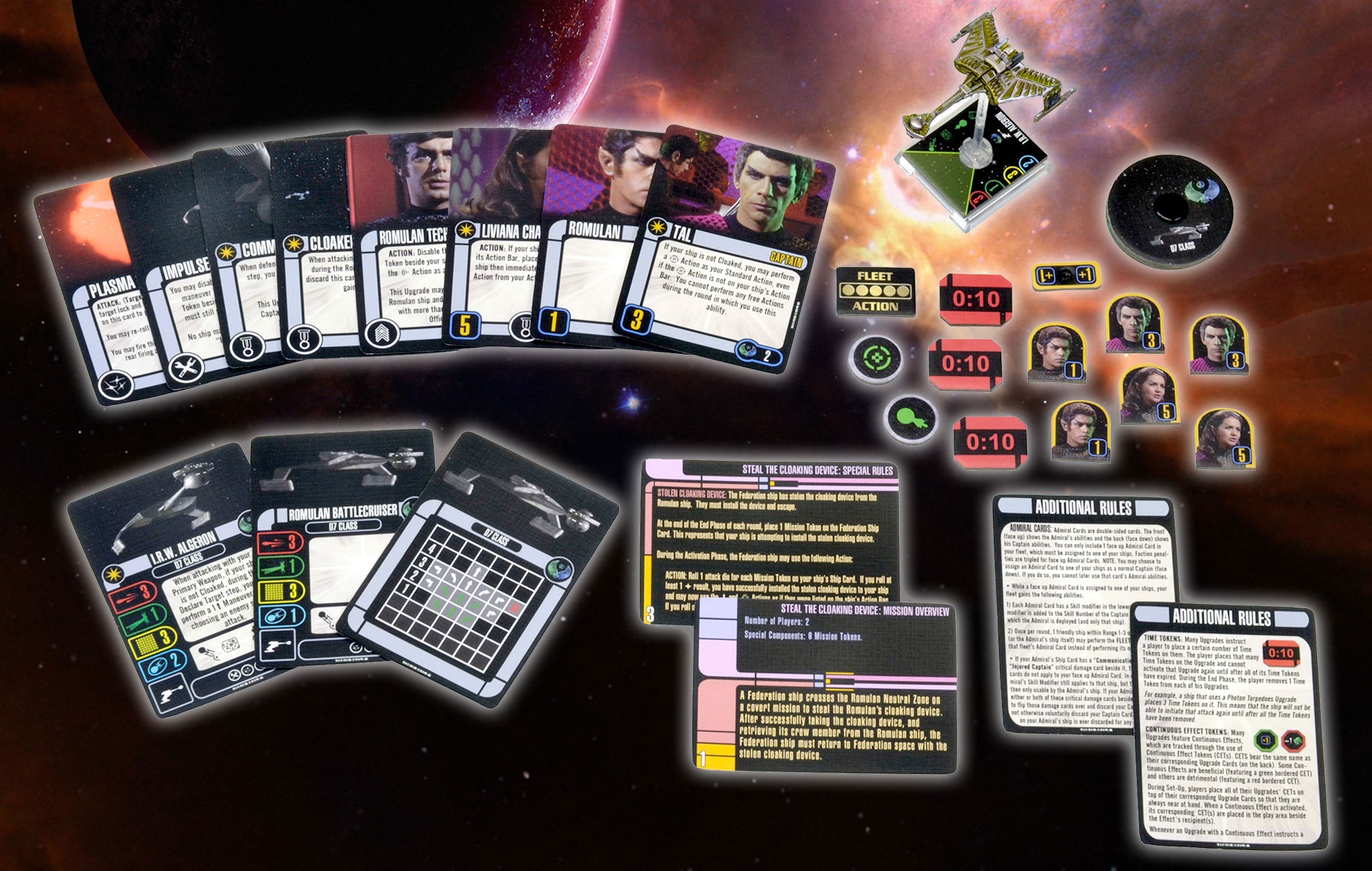 Here’s what is going down in the neutral zone…

The I.R.W. Algeron is a Romulan D7-class battle cruiser. This ship was one of three ships that captured the U.S.S. Enterprise after it traveled across the Romulan Neutral Zone on a covert mission. (The Enterprise Incident – Star Trek: TOS, season 3, episode 2)

This brand-new expansion adds the D7-class ship to the Romulan Faction. The D7 has previously been seen in the Klingon Faction, but the Romulan version adds both Cloak and Sensor Echo to the Action Bar. The I.R.W. Algeron gains a Tech Upgrade Slot and an additional Shield compared to the generic ship. When attacking with your primary weapon, if your ship is not cloaked, the I.R.W. Algeron may perform a 1 Straight Maneuver before choosing an enemy ship to attack. At only 18 SP the Algeron packs a powerful punch at a reasonable cost with a primary Weapon Value of 3, 1 Agility, 3 Hull and 2 Shields.

Liviana Charvanek is the Admiral in this Expansion Pack, and can be played as an Admiral or as a Captain with a Skill Level 5. Either way, she allows you to Cloak (if your ship has the Cloak Action) and then perform an additional Action from your Action Bar as a free Action. Liviana Charvanek brings action economy to the table, allowing a ship to cloak and still take another action in the same turn. Romulans, who are the masters of stealth and cloaking, will be sure to get the most use out this ability. 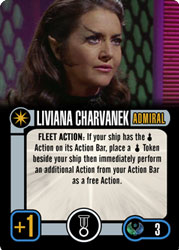 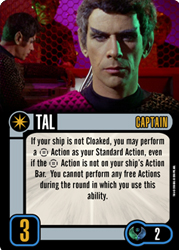 There are two Elite Talents in this Expansion Pack. One helps you avoid damage, while the other adds to your attack dice. Command Pod allows you to cancel any 1 die result while defending. This Upgrade can only be fielded by a Captain assigned to a D7-class ship. This powerful upgrade allows you to avoid getting hit by cancelling a single die result, including critical hits. Cloaked Attack takes full advantage of the hidden nature of a cloaked ship, adding +2 attack dice if you discard this card and your Cloak Token.

Romulan Technical Officer is the Crew Upgrade in this Expansion Pack. As an action you may disable this card to place a Scan Token beside your ship. You cannot perform the Scan Action as a free Action this round. For 2 SP the Romulan Technical Officer brings the Scan Action to the D7 which would otherwise not have it. In terms of weaponry, the Algeron is carrying a compliment of Plasma Torpedoes. This weapon can fire at Range 1-2 with 4 attack dice. When attacking, you may re-roll all your blank results one time. Finally, the Tech Upgrade in this Expansion Pack is Impulse Drive. You may disable this card to perform a white maneuver if there is an Auxiliary Power Token beside your ship. If you do so, you must skip your Perform Action step. Impulse Drive allows you to take an extra movement when you need it the most. Whether you are moving out of range from an enemy or moving into range to shoot an enemy, having extra movement options at your fingertips will always be welcome.

For more on this lasted ship and the expansion pack go read the full article on Star Trek.com!

This is a pretty solid ship for the Romulans and with a base cost of 18 points that’s not a bad spot to start. The Klingons have a D7 as well but those Romulans have that oh-so-lovable Cloaking Device…

Go watch the episode and play the mission with the new I.R.W Algeron in Star Trek Attack Wing!

Author: Adam Harrison
Writer, Editor, Texas Native, and Austinite for 15+ years, Adam covers all things Tabletop Gaming. Which includes Warhammer 40,000, Age of Sigmar, D&D, Board Games and everything else that involves dice, boards, cards and a table. A hobbyist, player, and collector of miniatures and games, Adam's current obsession are his Death Armies for Age of Sigmar, his Blood Angels and Tyranids for 40k, and his ever growing Arkham Horror: The Card Game Collection.
Advertisement
Star Trek Star Trek Attack Wing WizKids
Advertisement 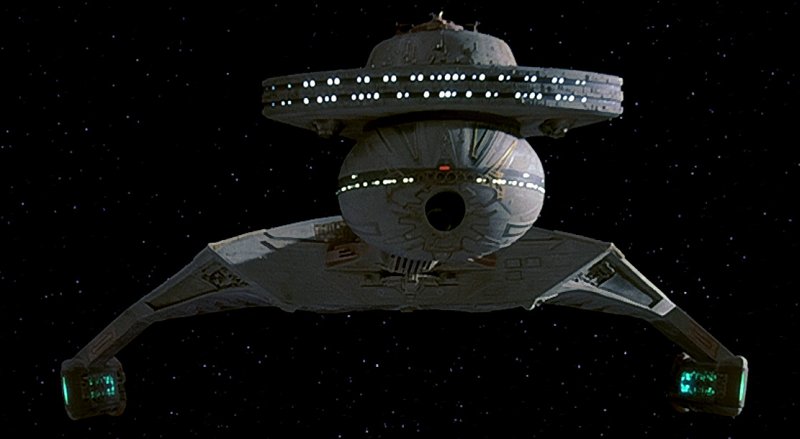