Wulfen vs. Eldar: The Pain Train Cometh From The Warp

The Wulfen are fresh from the warp and are ready to put the hurt on the Eldar in today’s 40k battle report!

It’s Juice, the host of the all the Long War Battle reports versus the best 40k player of ALL-TIME, next to Kelsey Haley, Brian Delgado.

We talked about this before hand, we wanted to go hard in the paint, and brought some pretty beat face lists. Brian brought an Eldar list with SO many shots that, I’m in shock; I don’t even know.

“Well, you told me to bring a competitive list,” Brain said. “The reality is that if anything you own touches anything that I own it’s going to disappear.”

Yes, we brought an Elite and an HQ Iron Priest, we did recorded this about a month ago during the transition, so you’ll have to forgive the faux pas. Bottom line: two adults consented to this set up so you’re just going to have to deal with it.

Ladies and Gentlemen, this is what happens when the wrestler fights the boxer.

Spoiler Alert: You’re going to get a brief run down on the game, so if you want to watch the Battle Report Spoiler Free, click now!

Okay, if you’re still here he’s the lowdown. The Wolves do what they do and charge into the castled up Eldar. 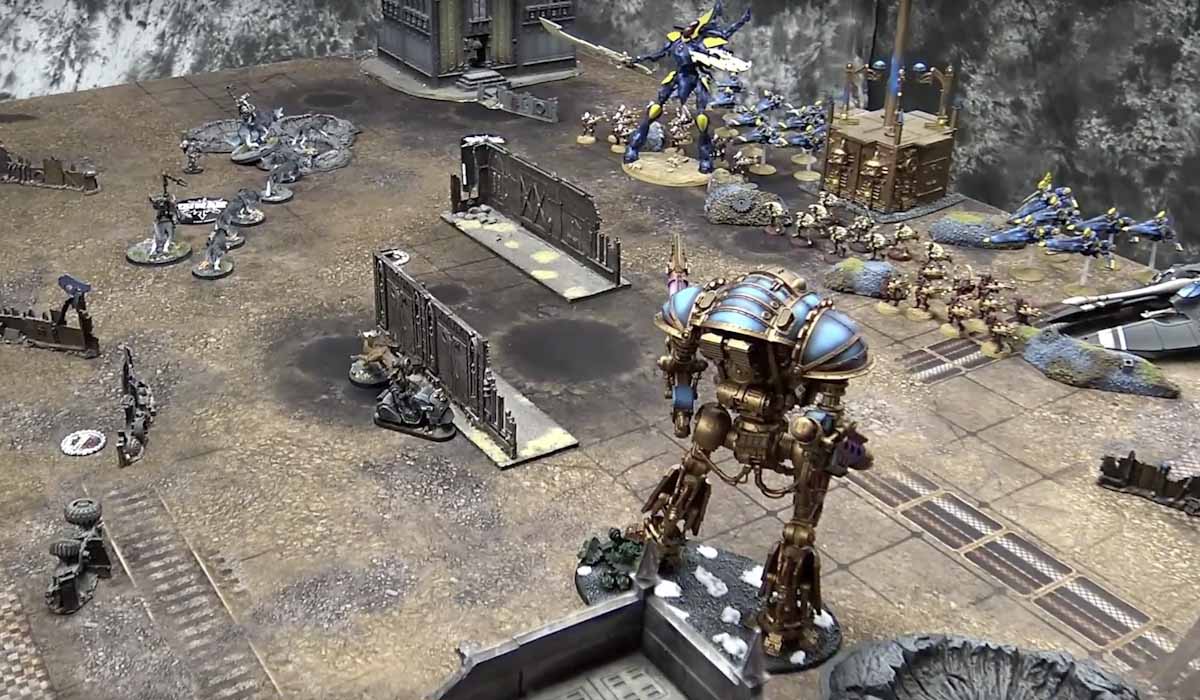 By Turn 2, Thanks to outflank, a drop pod, and four legs, the wolves are deep inside the pointy eared Eldar! 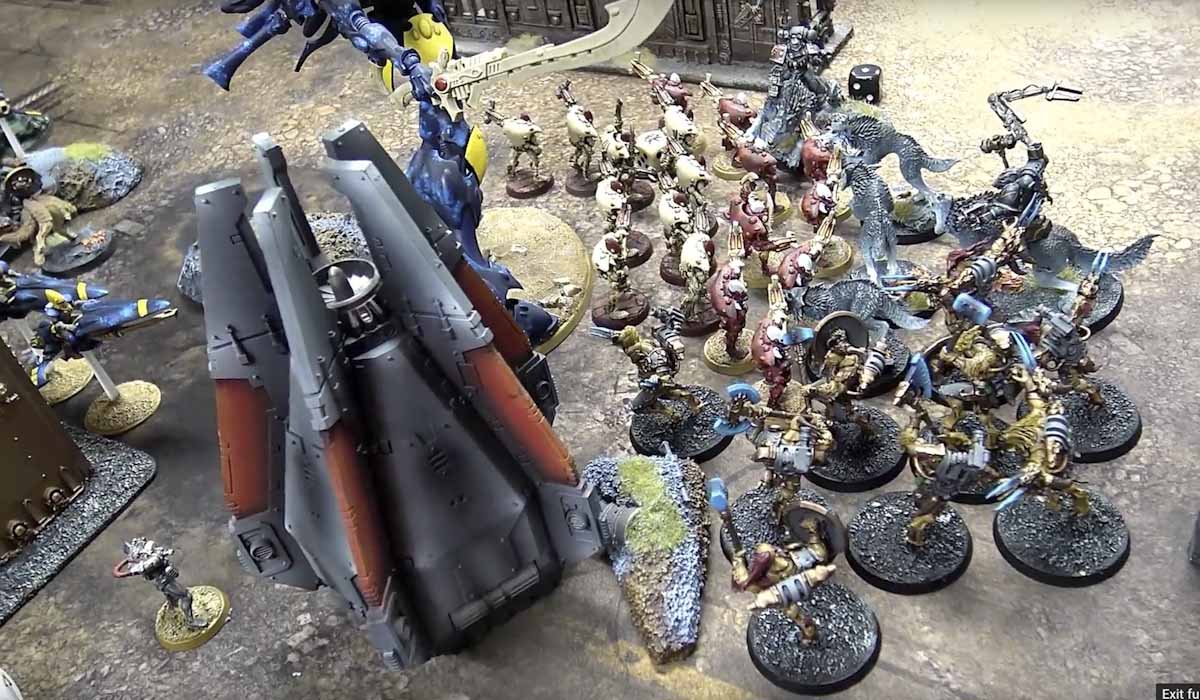 The Knight is smashing, and fortune is not favoring the Eldar cover saves; carnage ensues and the Eldar opt to redeploy. 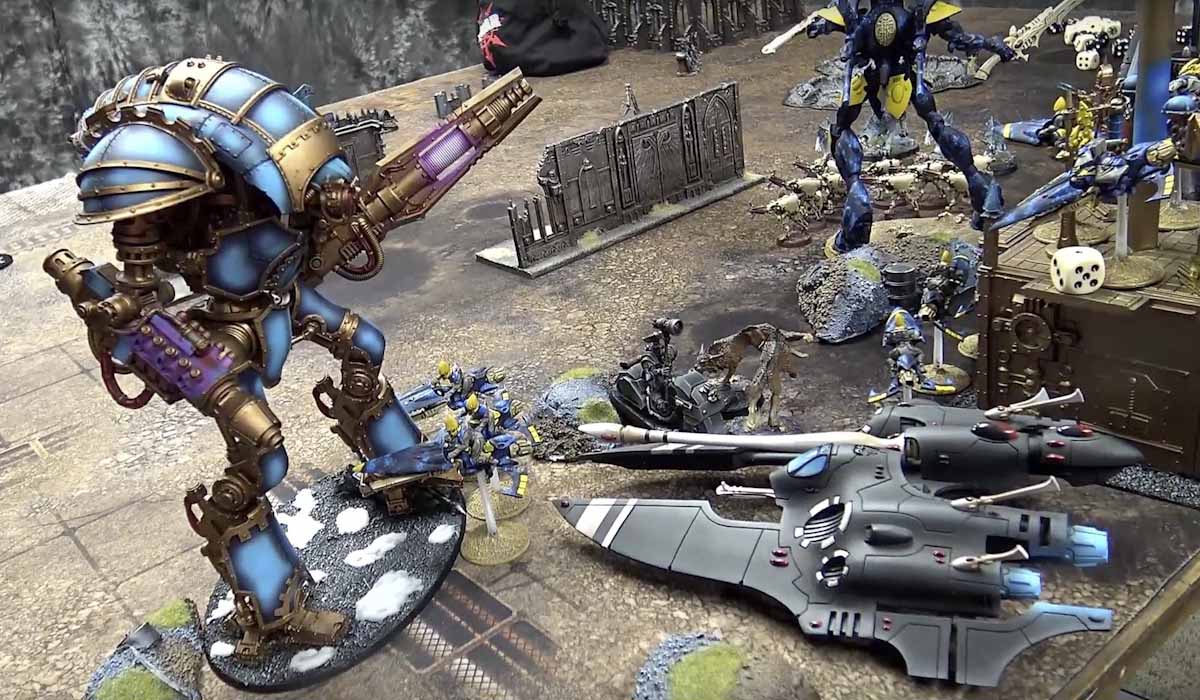 The Eldar bug out and ditch their Void Shield Generator, which, in turn means the Wolves now get to enjoy the benefits. Turnabout and all that. 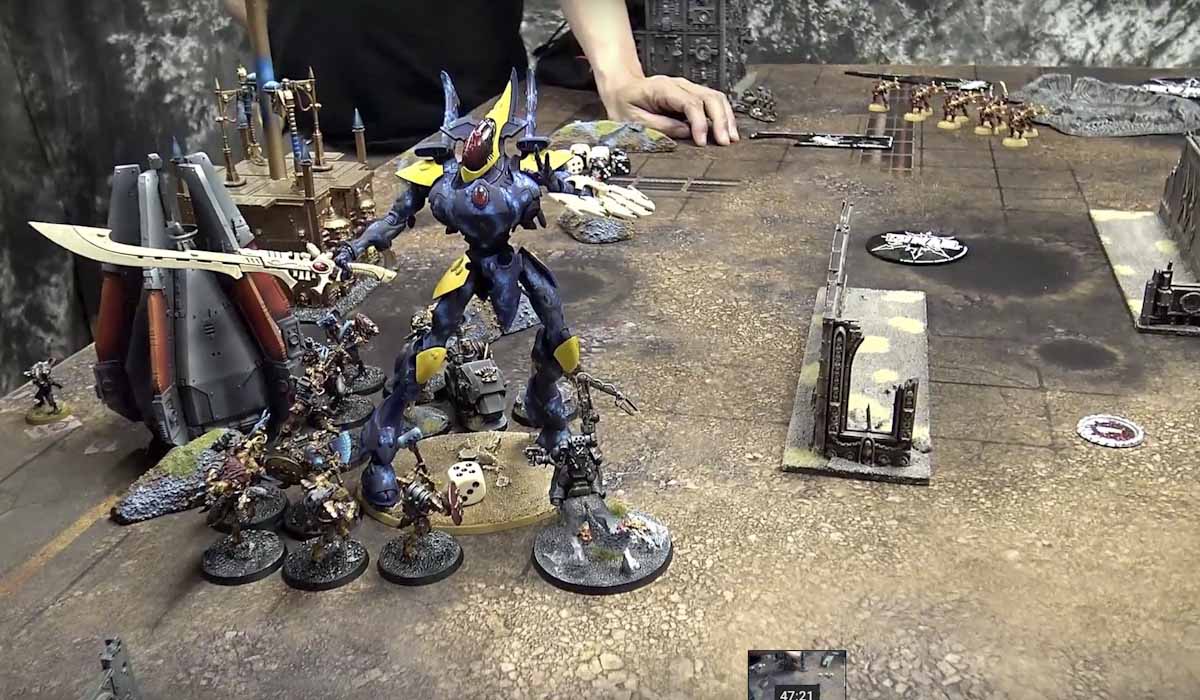 By Turn 4 not much of the wolves remain and Brian doesn’t have many options but to continue to shoot up his void shield in order to get at the juicy Wulfen who are enjoying the extra saves. The Warp Spiders are ineffective and because of Malestorm the points are close.

Sometimes the best decision is to just sit and swallow. I wish I had a better option, I wish I could bust out something cool but I’m playing to win and in order to do that I’m just going to have to make some saves. So, I opt to just sit behind the void shield and continue to try and endure shots because that’s what I need for points. I hear, if you roll 4’s and 5’s that’s good. 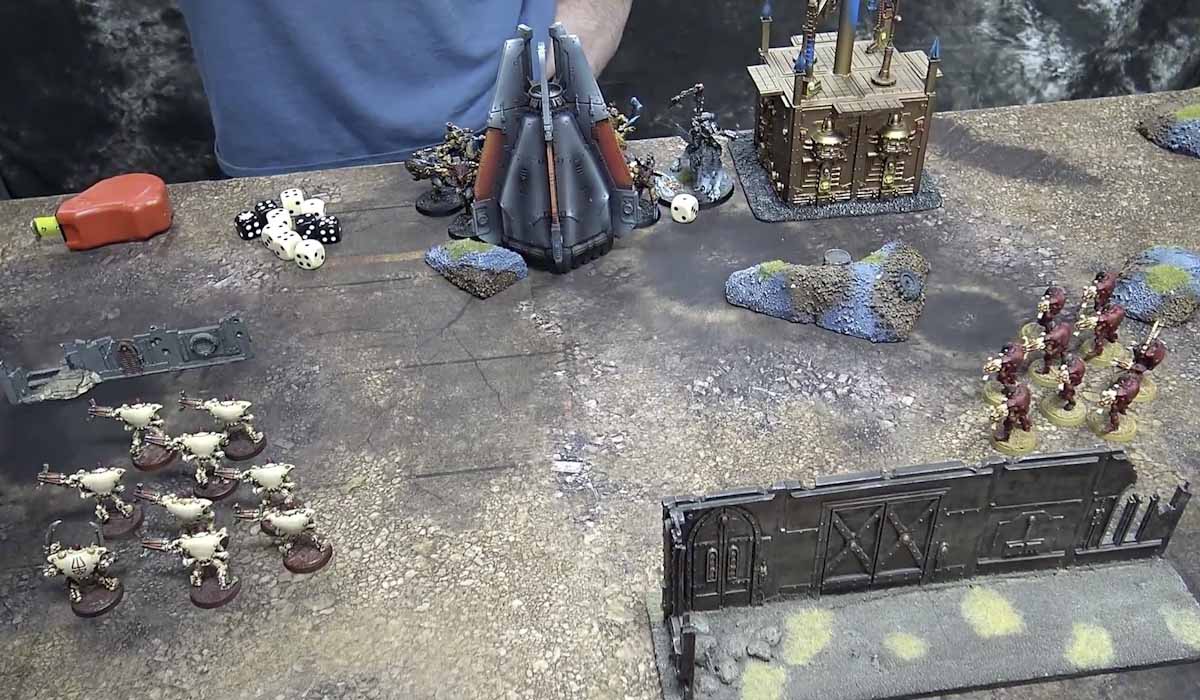 During turn 5 my dice go into juice mode. After a torrent of shots, four volleys in two turns, from the warp spiders, the wolves take just a couple of wounds thanks to a combination of making 4 up saves and 5 up feel no pains.

Considering I haven’t moved a model since turn 3 I’m amazed I did this well.

“In the beginning you were rolling average but in the end the dice gods just smiled upon you,” Brain said. 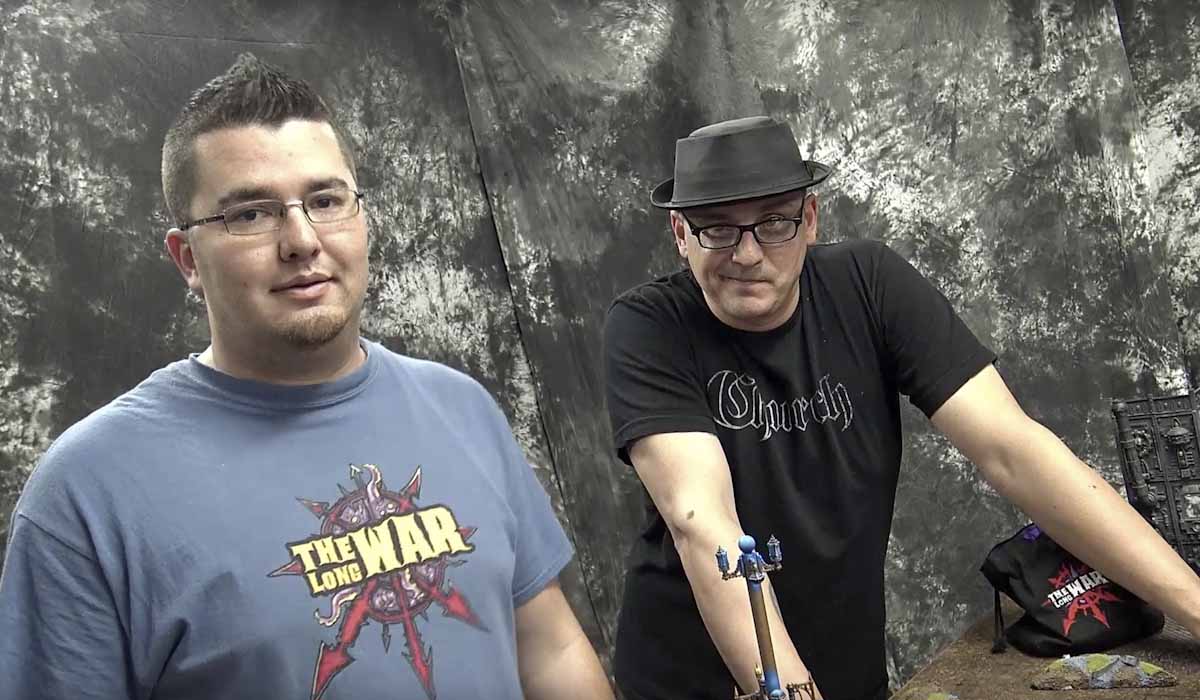 To get the post-game wrap up, the tactics, the deleted scenes, the banter, and more become a veteran of the Long War, Today.

Become a Veteran of the Long War 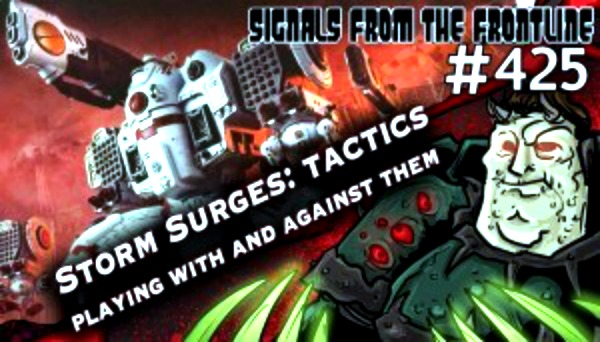