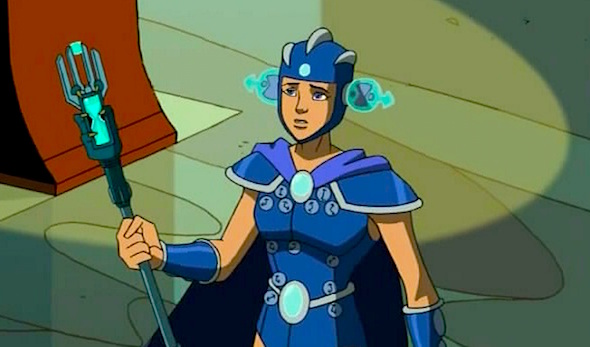 WizKids points you to a taste of the time traveling heroine from the highly anticipated upcoming Teenage Mutant Ninja Turtles expansion. 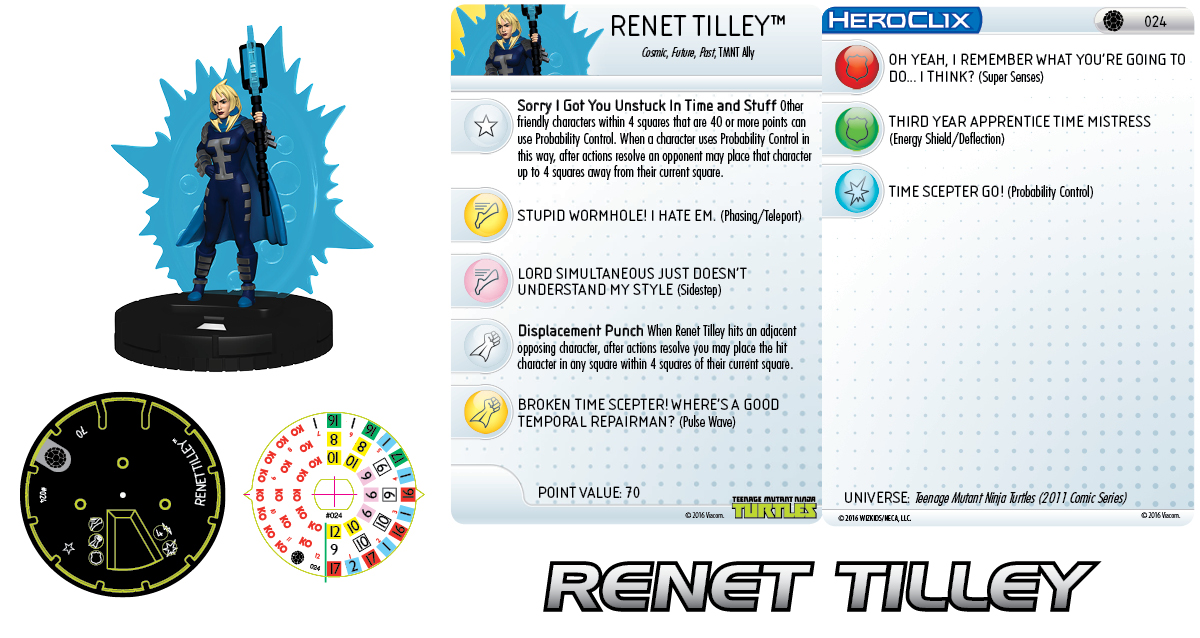 Here’s the basics on Renet Tilley #24:

“Renet Tilley, a 70-point, time travelling heroine who is the apprentice to Lord Simultaneous. Renet is a close ally of the Turtles, and has a unique set of powers that will really help out the shelled brothers! Up first for Renet is her trait, called Sorry I Got You Unstuck in Time and Stuff, which allows other friendly characters within 4 squares that are 40 points or more to use Probability Control. When a character uses Probability Control in this way, after actions resolve an opponent may place that character up to 4 squares away from their current square.

With that trait, Renet Tilley has a collection of standard powers that set her apart from many of the other TMNT Ally characters, including Phasing/Teleport, Sidestep, Pulse Wave, Super Senses, Energy Shield/Deflection, and Probability Control. She also possesses a special power on her Attack called Displacement Punch, that states when Renet hits an adjacent opposing character, after actions resolve you may place the hit character in any square within 4 squares of their current square.”

Have at it HEROCLIX fans – Who’s your favorite TMNT character BoLS fans?