40k Flashback – Do You Remember These Exclusives? 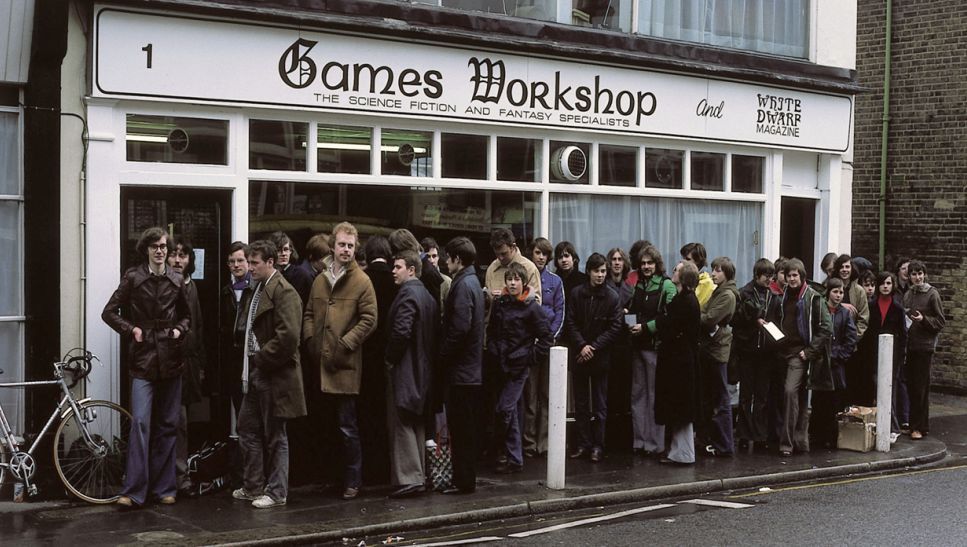 Do you remember these exclusive 40k miniatures from yesteryear that had collectors standing in line for hours?

Welcome Back hobby Manaic’s, today we have another edition of 40k Flashback and as we all know 40k was better back in the day. Okay, maybe it wasn’t actually better but it felt better. If you weren’t around back then I hope you can appreciate the OG-ness, and those of you where were, I hope this brings back some memories. 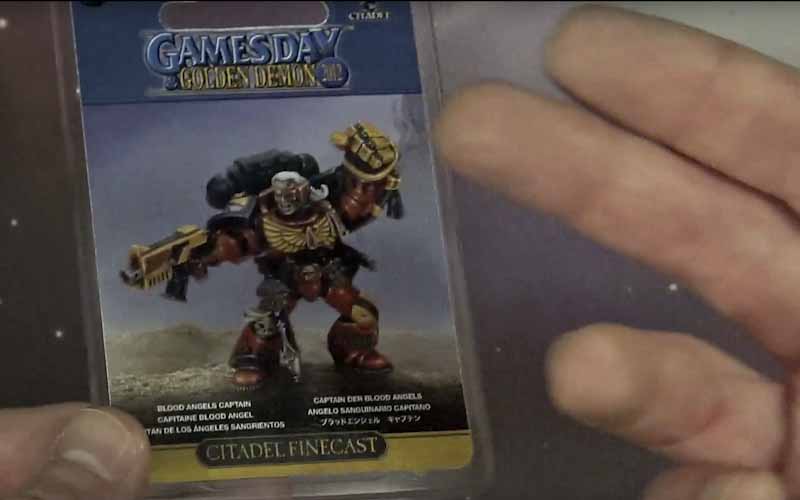 Today we have retro-rehash, and by that I mean a new model made to look like an old model. This particular model was made to represent the Marine on the front of the 2nd Edition Box set, which we reviewed earlier here, and done in Finecast.

This was only available in Chicago that year, and thank’s to my buddy Chris, aka Jawaballs, who picked this up for me because quite frankly I couldn’t make it out to Chicago twice a year and Adepticon is my first choice.

This is an incredibly detailed miniature because Finecast holds detail so much better than plastic or pewter but obviously we all know the issues that stemmed from Finecast. A big reason for that was because they where using old pewter molds; towards the end they learned how to work with it better and add more gates. They should have done their research, they put out an inferior product and they got hammered on the internet (but I feel like they’ve learned their lesson as of late right?).

Here’s another great mini, it’s another Games Day Exlusive but I can’t tell you the year. You’ll notice I switched out the helmet and the backpack. At the time this came out there weren’t a lot of Power Armored Thunder Hammer options; of course now a days it seems every kit has them. I think I picked this up in Baltimore but I found it in my conversion box and I thought I’d share it. 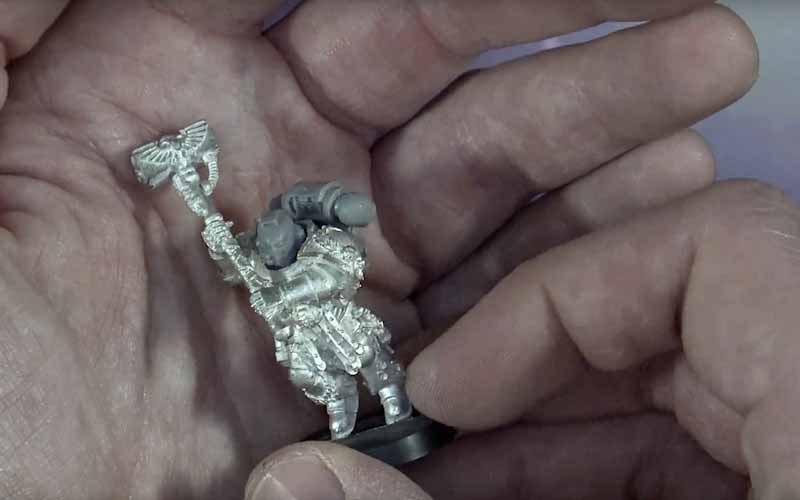 The next miniature was SUPER limited. You had to send in for this via Black Library, collect up tickets, and they’d send you a super limited diorama. This particular one depicted Silas Hand in Terminator armor with his Power sword and bolter, next to Ephral Stern the Daemonifuge. 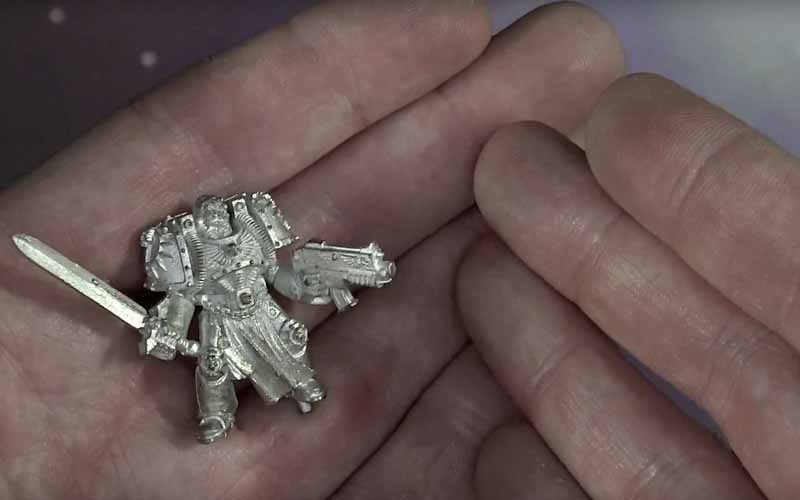 It was a cool little display that was rally neat. IT sold for like 100-200 bucks. I haven’t sen one in many, many years. A good friend of mine Dave Crosby gave me one of these. It’s a great looking mini but it doesn’t quite hold up to today’s new standard right?

You’ll notice this next to a heroic scale model and it’s a bit undersized comparatively. I can’t tell you who sculpted it but it’s classy and very well done. 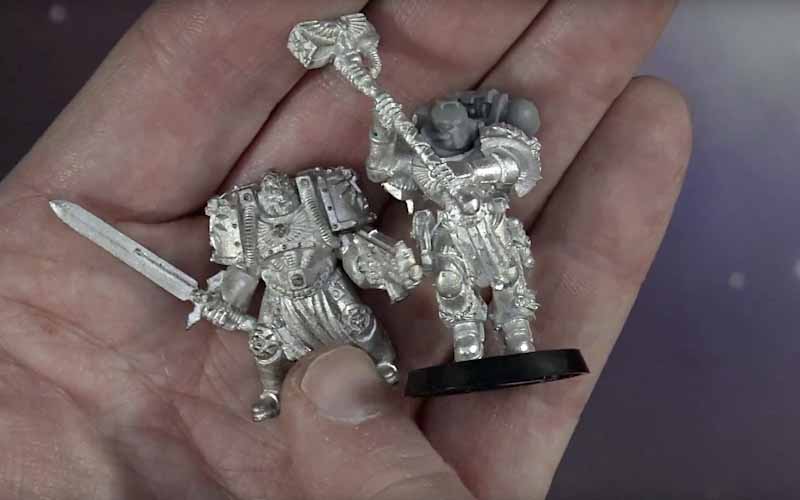 Another one that was also available in diorama format was the Warmaster Honsu; probably the only limited edition Iron Warrior miniature in the history of ever.

You’ll notice half his face is burned off, just like in the book, and he’s got his shoulder pad and power axe with a living metal bionic arm which he stole from Pasanius. 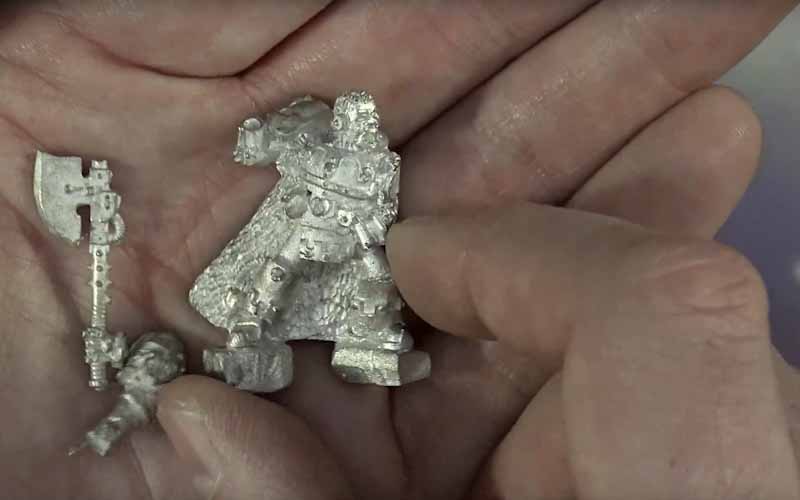 Great looking miniatures, that you can almost still find on eBay. Do you fancy?

Author: Robert B
Robert is a veteran tabletop and miniatures gamer, and writer with over 20 years of experience. His specialtiesies are the worlds of Game's Workshop's Warhammer. He began writing for BoLS In 2010.
Advertisement
Games Workshop Miniatures Retro Games Videos Warhammer 40k
Advertisement 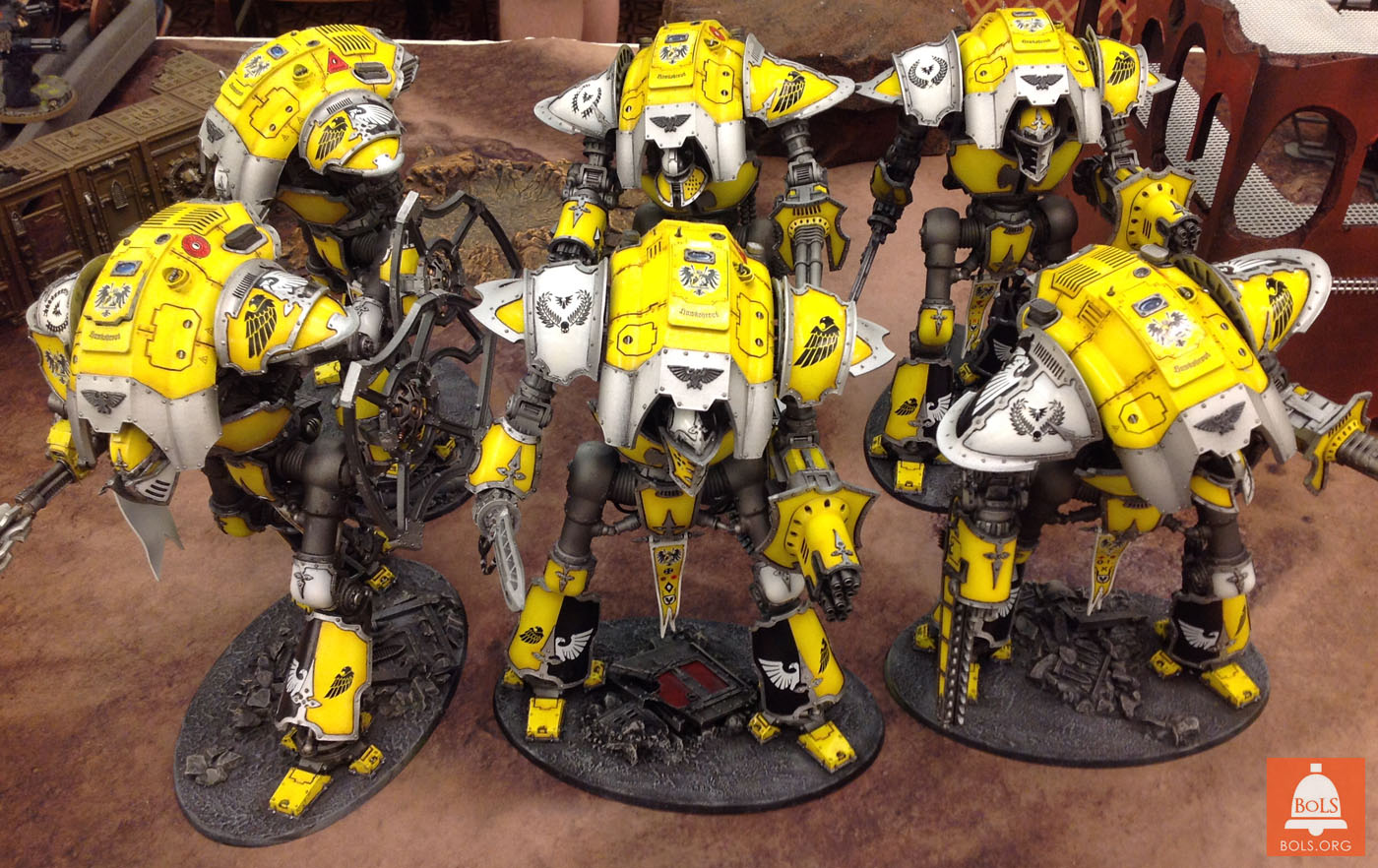