Today, we’re digging into an oldie but a goodie – the 3rd Edition Codex Assassins codex was included within a White Dwarf -Circa 1999!

White Dwarf used to be so great because it helped with rules issues via the “Chapter Approved” section. Plus, who doesn’t like picking up a magazine and looking at some great painted miniatures.

For Instance when 3rd dropped, in White Dwarf they changed the Terminators from no invul to a 5+ which was great for sales; thanks to Andy Chambers. Boom. Invuls. 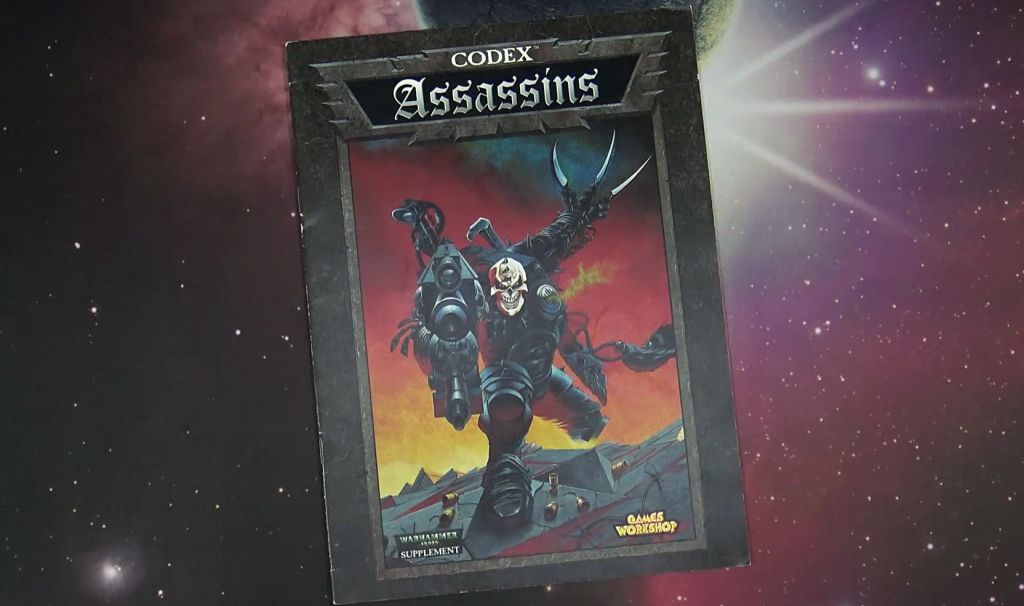 And then this sweet codex came in one issue, and the Assassins we a thing in 3rd edtion 40k!

Sure the mini’s themselves haven’t changed much overall. Yes the new ones came out recently- but they’re really more of an update; which, to be honest where amazing back then.

In the intro, you’ll see they talk about the basic statline of the Assassin, it’s very familiar to what you’d see today. They had temple and they pay an upgrade to become a specific type of assassin. The stats while familiar to us, now were new back then. 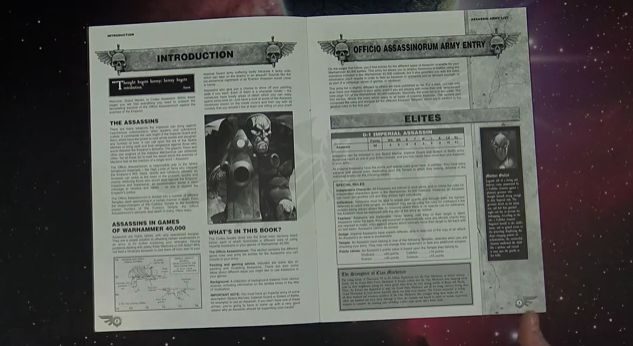 Fluff wise, a lot of the stories you’ll see in their recent supplement.

The Culuxus was pretty much the same, the gun got a lot better because it can now shoot out those warp charges, but back then, there just weren’t a lot of psykers out there so it wasn’t that big of a thing, now of course with so much psyker in the game these guys are a big deal. So, this guy was certainly ahead of his time once psychic got it’s own phase again.

They go over the Vindicare which has always been good at shooting, watch out though the shield breaker round gets him only through wargear invuls not all invuls, though with this edition. 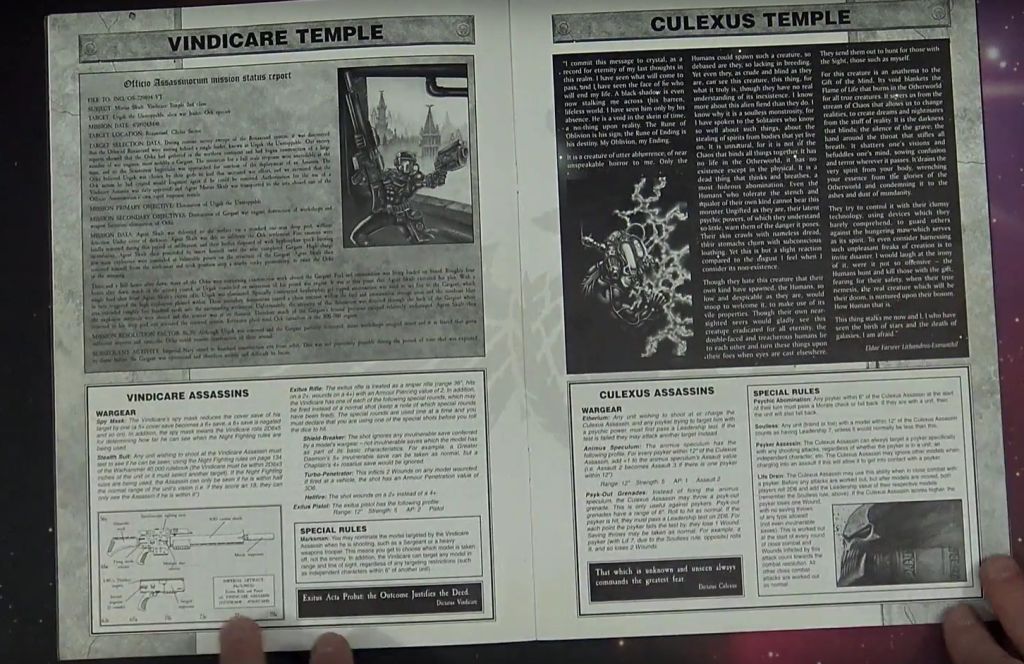 The C’Tan Phase Sword, man there was a story where the Callidus goes in to stab this planetary governor in the throat, who turned out was The Deceiver and just absorbed the metal of the sword. Needless to say she didn’t make it to Bad Boys 3 & 4. So then they opted to take that piece of fluff and turn it into a Phase knife and take out the C’Tan part out of it because well guess who got their sword back.

Also, at the time, she basically had the precursor to hit & Run, which fails on a 1 instead of a 6, and she could attack after coming into play on first turn.  She can’t do it the same she used to today, which is a shame because as far as OP goes that isn’t’ that OP  today really IMHO!

The Eversor has always been a bruiser, he always exploded, did some damage, does a lot of attacks but mostly aways just dies. 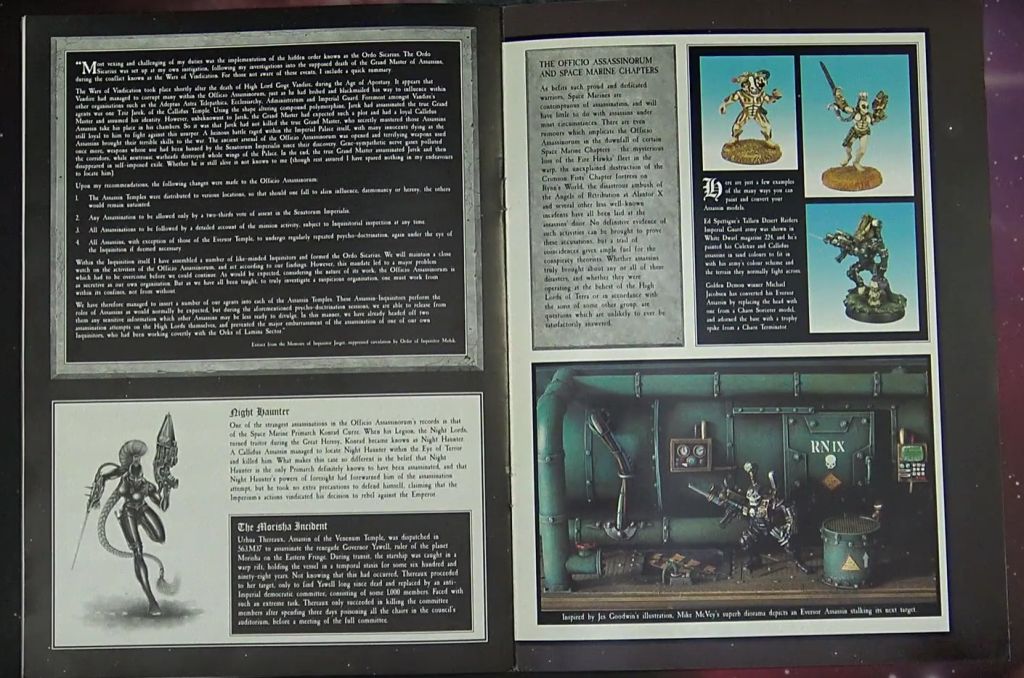 Then it goes into some Force Org stuff, some missions, some conversions, an amazing diorama by Mike McVey, of Mike McVey Studios, and a true Predator style conversion, which I love because I’ve always envisioned the Eversor as the predator, unfortunately without that stealthiness or a means of moving across the battlefield.

Get good Eversor, the Imperium needs you!

Author: Robert B
Robert is a veteran tabletop and miniatures gamer, and writer with over 20 years of experience. His specialtiesies are the worlds of Game's Workshop's Warhammer. He began writing for BoLS In 2010.
Advertisement
Retro Games Rules Warhammer 40k
Advertisement

Fritz's Tabletop - Are You Using Terrain To Win? 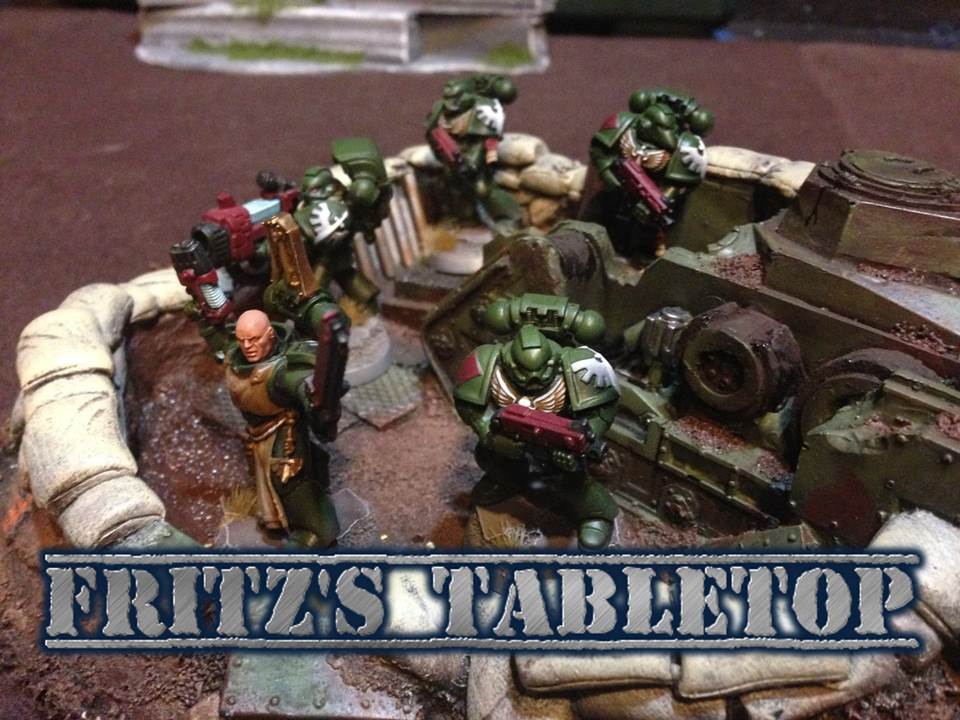