Fantasy Flight Games shows off even more previews from the upcoming Necron Expansion – Legions of Death!

What’s so interesting about the Necron Expansion Legions of Death is that Necrons have a nasty habit of being able to enslave other factions to their will. We’ve talked about it before which is why this preview is so good. This expansion isn’t just including a ton of Necron Cards, every faction is getting something worth taking…even the Tyranids! 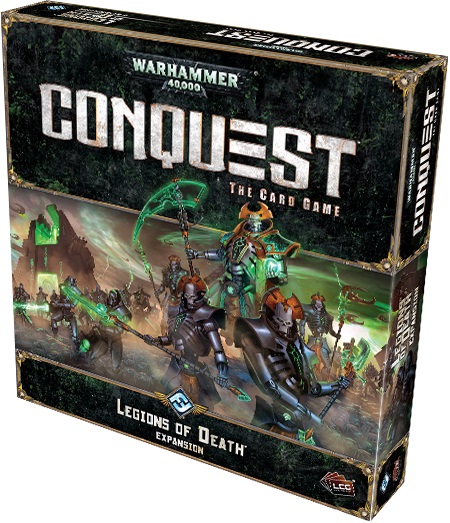 The Necrons are stirring in their ancient Tomb Worlds, brushing aside the dust of countless ages. For the first time in millennia, these mechanical warriors will emerge to encounter a galaxy that has profoundly changed—and is ripe for conquest. Between their hyper-advanced technology, self-repair protocols, and slaves from every biological race, the Necrons are poised to take the galaxy by storm. Now, with the Legions of Death expansion for Warhammer 40,000: Conquest, you can add the entirely new Necrons faction to your battles for the Traxis sector. 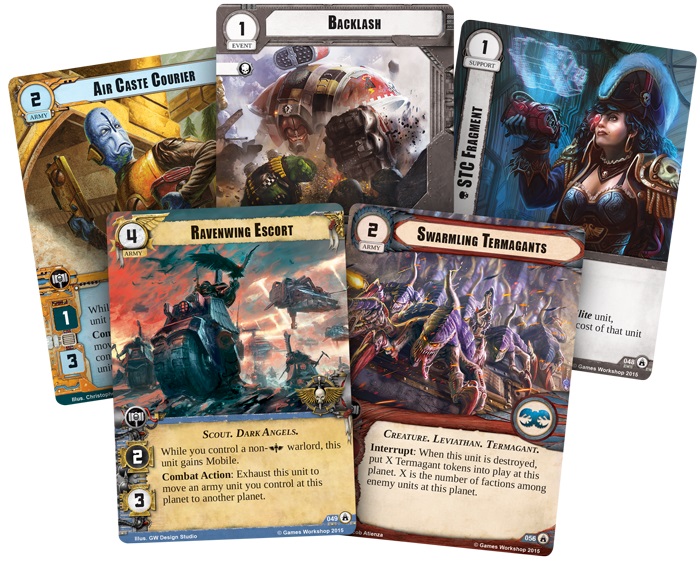 The Necrons are undoubtedly the focus of this expansion, but not every card in the box belongs to them. Legions of Death includes a new, non-loyal army unit for each of the eight other factions, and today, we’ll take a closer look at these units and the neutral cards included in this expansion!

Even though every other faction receives a single army unit in the Legions of Death deluxe expansion, these units are hardly traditional units. In fact, they gain additional abilities when they follow a warlord of another faction! 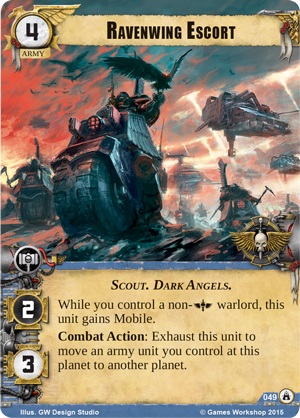 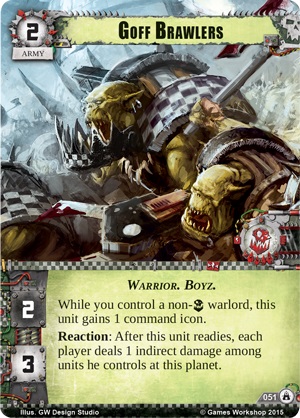 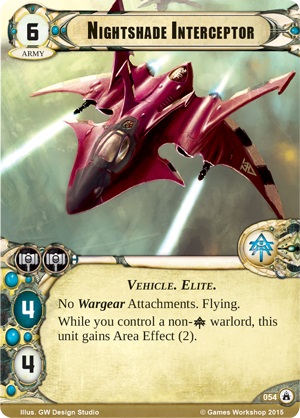 The one exception to this pattern is the new Tyranids unit. Because Tyranids forsake alliances with any other faction, they instead gain a unit to counter the Necron menace. Swarmling Termagants (Legions of Death, 56) is a small, inexpensive unit, but its size is deceptive: it can quickly multiply into many units. Swarmling Termagants reads, “Interrupt: When this unit is destroyed, put X Termagant tokens into play at this planet. X is the number of factions among enemy units at this planet.” With the massive amount of Hive Mind specializations available to the Tyranids, any way to gain more Termagants can prove useful, and as Necrons become more popular, the Swarmling Termagants become even more dangerous. 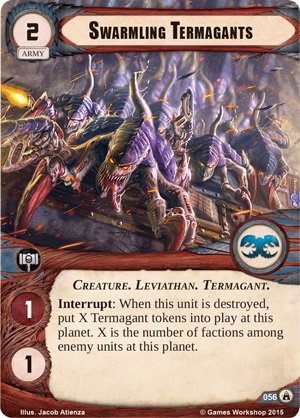 Legions of Death also includes a complement of new neutral cards that offer their power to every deck. Backlash (Legions of Death, 46) is a powerful event that gives your Elite units a crucial edge in battle: when your opponent triggers an ability that targets one of your Elite units, you can play Backlash to cancel the effects. Then, if the ability originated from an army unit, that unit is destroyed! Your opponent may be loath to even try to hurt your Elite units when he knows that Backlash could be in your deck. 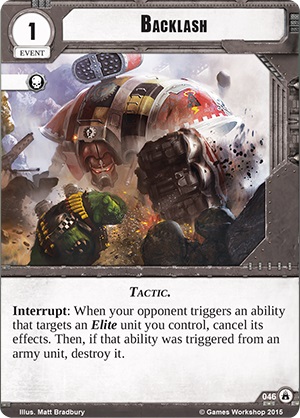 The downside of Elite units is that they are often very expensive, requiring a massive expenditure of resources. If you’re going to pour that many resources into a unit, you need to be sure that your opponent can’t easily control your new Elite unit for a fraction of the resources you spent. One of the new neutral cards in Legions of Death helps you close the gap by reducing the cost of your Elites. STC Fragment (Legions of Death, 48) is a new neutral support that you can exhaust to reduce the cost of an Elite unit by two. Although the STC Fragment takes up your single Relic slot, the resources you’ll save over the course of the game can make it more than worth the cost. 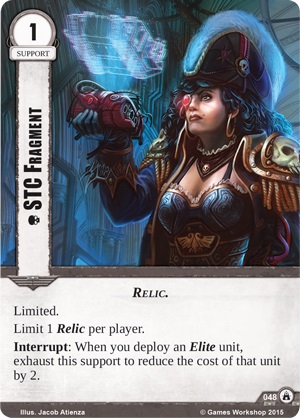 Alternatively, if your opponent’s cheap units are running circles around you in the command struggle, you could do worse than to contract out to a Freebooter Kaptain (Legions of Death, 45). This unit offers a single command icon, but more importantly, army units with a printed cost of two or lower don’t count their command icons during command struggles at the Freebooter Kaptain’s planet! By deploying these units strategically, you can negate your opponent’s advantage in the command struggle and give your higher-cost units a chance to dominate. 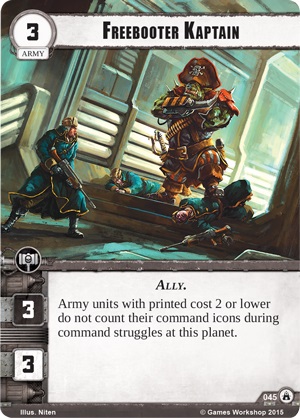 The Necrons will march to war…are you prepared to fight them or will you fall into their service?